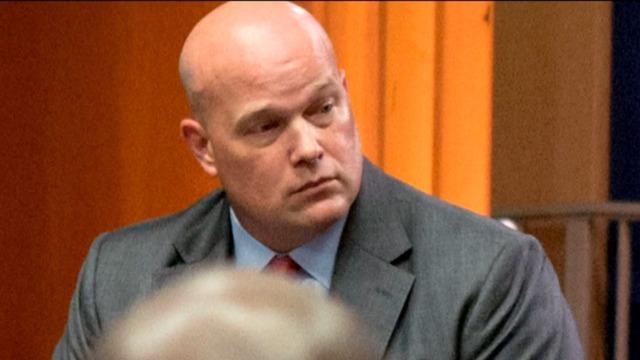 House Democrats are launching an investigation into Acting Attorney General Matthew Whitaker's involvement in World Patent Marketing, where he served as a paid adviser for the Florida company shut down by a federal judge earlier this year and fined almost $26 million for allegedly running an invention-promotion scam.

The Democrats poised to take over the committees on Oversight, Government Reform, Judiciary, Energy and Commerce and Intelligence announced on Wednesday that they are requesting information relating to Whitaker's role at World Patent Marketing.

"Because Mr. Whitaker was not confirmed by the Senate, both Republican and Democratic constitutional law experts warned that his appointment was, and continues to be, unconstitutional. In addition, because the Senate was not given an opportunity to properly vet Mr. Whitaker's background, serious questions are now arising about his fitness to serve in this position of trust," Reps. Elijah Cummings, Jerrold Nadler, Frank Pallone, Jr., and Adam Schiff said in a statement.

Closed down by a federal judge in May, World Patent Marketing allegedly "bilked thousands of consumers out of millions of dollars" by promising inventors lucrative patent agreements, according to a complaint filed by the Federal Trade Commission in March 2017. The company did not admit or deny wrongdoing in the settlement.

According to a statement from the lawmakers, they sent letters requesting briefings and documents to Mr. Whitaker; Scott Cooper, the former Founder and CEO of World Patent Marketing; the Federal Trade Commission; the U.S. Patent and Trademark Office; the U.S. Postal Inspection Service; and the Better Business Bureaus serving Metro New York and Southeast Florida and the Caribbean.

If these actors do not respond to the requests, House Democrats can subpoena them for information when they take the majority in January.

Democrats have protested Whitaker's appointment to acting attorney general, in part because he leapfrogged over Deputy Attorney General Rod Rosenstein, who was next in line. Whitaker, previously the chief of staff for the attorney general, has expressed skepticism over the special counsel's investigation into Russian meddling in the 2016 election, leading some Democrats to fear that he would not be neutral in overseeing the probe.