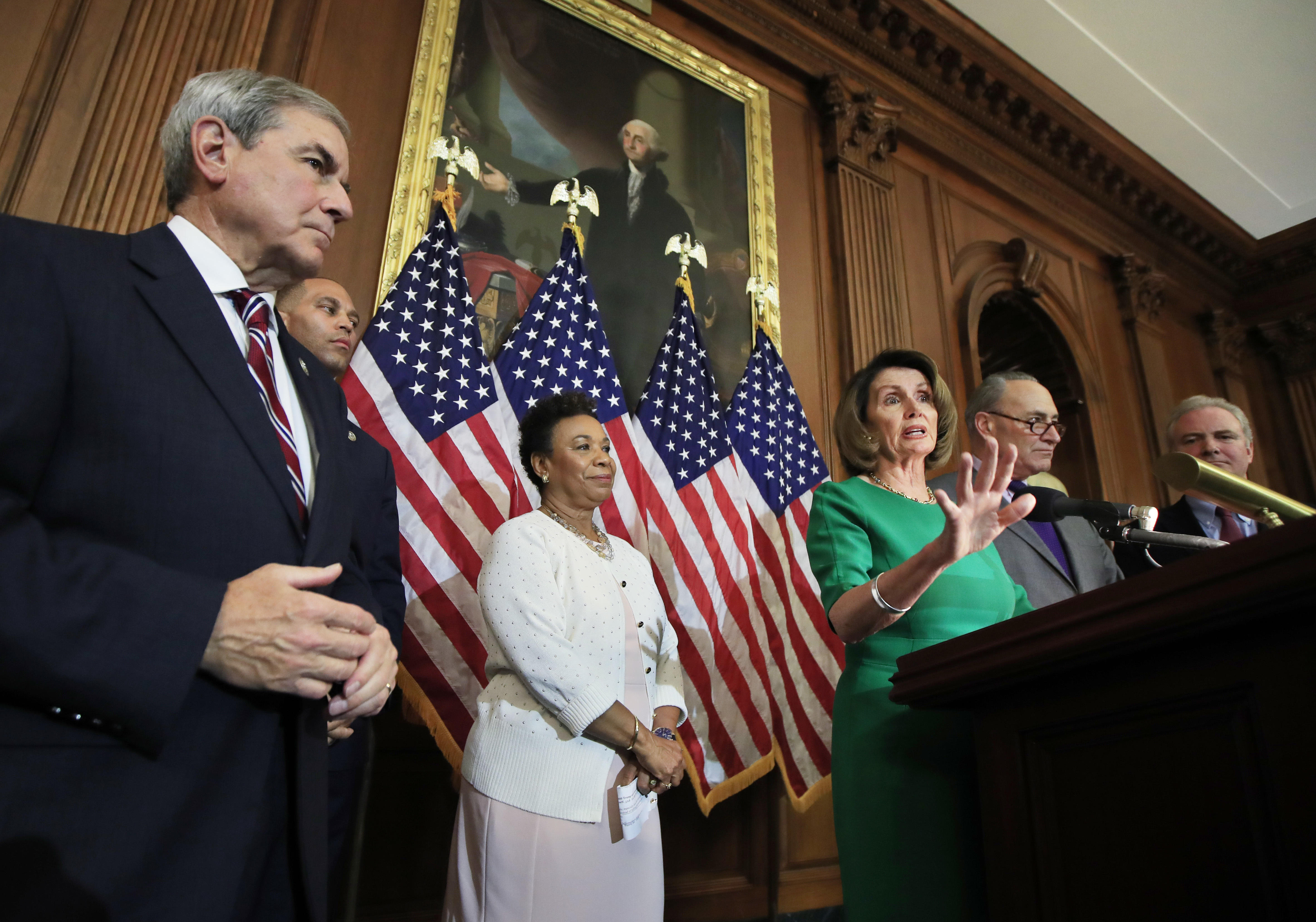 WASHINGTON -- Democratic leaders believe they lost to President Donald Trump partly because voters don't know what the party stands for. So they're trying to rebrand themselves with a new slogan and a populist new agenda as they look ahead to the 2018 midterms.

It's called "A Better Deal" and House and Senate Democratic leaders are rolling it out Monday afternoon in Berryville, Virginia. They're intentionally traveling outside the Beltway, and into the district of one of the GOP House members they hope to defeat next year, Barbara Comstock.

Senate Minority Leader Chuck Schumer of New York, House Minority Leader Nancy Pelosi of California, along with other top House and Senate Democrats, are making the presentation after months of internal debate and analysis of polling and focus groups.

"Americans are clamoring for bold changes to our politics and our economy," Schumer wrote in a New York Times op-ed. "They feel, rightfully, that both systems are rigged against them, and they made that clear in last year's election. American families deserve a better deal so that this country works for everyone again, not just the elites and special interests. Today, Democrats will start presenting that better deal to the American people."

Democrats think of themselves as the party of working people and were surprised when Trump was able to steal working-class voters from them. They subsequently figured out that voters don't know what the party stands for, and the new effort is aimed at changing that.

Schumer acknowledged on Sunday that Democrats were partially to blame for the American people not knowing what the party stands for.

"When you lose an election with someone who has, say, 40 percent popularity, you look in the mirror and say what did we do wrong? And the number one thing that we did wrong is we didn't have -- we didn't tell people what we stood for," Schumer said on ABC's "This Week."

The full title of the agenda is "A Better Deal: Better Jobs, Better Wages, Better Future." (After an earlier and incomplete version leaked on Thursday, Twitter users mocked the similarity to the slogan for Papa John's pizza, "Better Ingredients, Better Pizza.")

"The Democratic Party's mission is to help build an America in which working people know that somebody has their back," say documents accompanying the roll-out.

Detailed planks will be rolled out over time. On Monday, three are being unveiled:

-Lowering prescription drug prices. Suggestions include a new agency that could investigate drug manufacturer price hikes, and they would allow Medicare to negotiate directly for the best drug prices.

Democrats hope to make gains in next year's midterm elections, and perhaps even flip the 24 GOP-held seats necessary to regain the majority in the House.

Yet they are mostly playing defense in the Senate where 10 Democrats are trying to retain seats in states won by Trump, including Republican strongholds like West Virginia, Missouri and North Dakota. Party strategists say that for most Senate candidates, in particular, a national party message has little value and instead each candidate must fight on their own terms and issues.