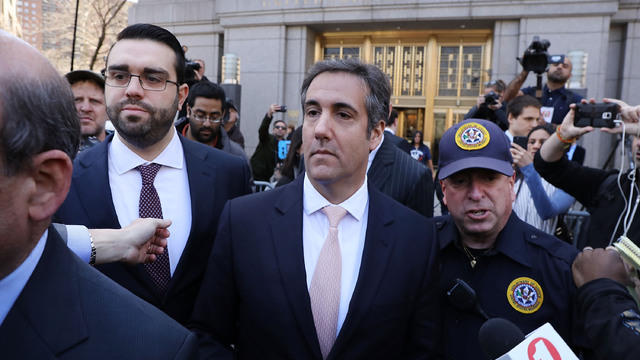 Three Democratic senators are asking AT&T CEO Randall Stephenson for more information about the telecom giant's contract with President Trump's lawyer, Michael Cohen. The questions come after Stephenson admitted in an email to employees last week that AT&T had entered a consulting contract with Cohen to "help us understand how the President and his administration might approach a wide range of policy issues important to the company, including regulatory reform at the FCC, corporate tax reform and antitrust enforcement."

In the end, AT&T says Cohen "did no legal or lobbying work" for the company, though they did pay his limited liability corporation Essential Consultants at least $200,000, and perhaps as much as $600,000. Sens. Elizabeth Warren, Ron Wyden and Richard Blumenthal noted that those payments were made, in spite of the fact that Cohen lacks experience and knowledge about tax reform, antitrust issues, and FCC policy.

The three senators have 16 questions for Stephenson about who at AT&T set up the contract with Essential Consultants, what its timeframe was, how the payments were structured and who proposed them, and how AT&T determined that Cohen "was qualified to advise on policy matters."

They point out in their letter that AT&T had a "significant financial interest" in Trump administration decisions when the contract began, including its proposed merger with Time Warner, net neutrality rules, and corporate tax cuts. The senators said the payments "raise obvious questions about corruption and whether AT&T, Essential Consultants and the Trump administration were engaged in a pay-for-play operation."

The senators are also suspicious of Essential Consultants because, they said, he appeared to have established the LLC at least in part "to pay an actress to remain silent about a sexual affair with the President."

The senators are also curious about contacts between Cohen and Mr. Trump after the election, and whether any of Essential Consultants' funds were received by Mr. Trump, his family or the Trump Organization.

Here is the letter the senators sent to Stephenson: