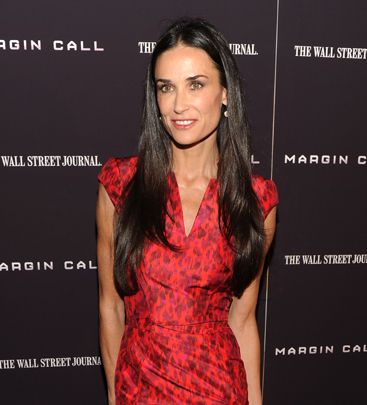 (CBS) Whippets are in the spotlight now that actress Demi Moore was reportedly hospitalized after using the whipped cream chargers filled with nitrous oxide.

TMZ reported one of Moore's friends told emergency workers she been doing "whip-its," after which she experienced seizure-like symptoms and lapsed into semi-consciousness, according to CBS News.

What exactly are whippets? Also known as "whip-its," "whippits," and "nossies," they are steel cylinders filled with nitrous oxide, or "NOX," which is often used in dentists' offices before novocaine injections or dental procedures.

"That's why they call it laughing gas," Stratyner told HealthPop. Nitrous oxide is also found in whipped cream aerosol cans and in similar canisters that are sometimes abused. Nitrous abusers sometimes take the canister, empty the gas into a balloon and inhale it.

Nitrous oxide is also used in race cars to boost engine power. "So, you know, it's a dangerous substance," Stratyner said.

Inhaling nitrous oxide may cause the user to pass out from lack of oxygen, and may be fatal.

"If you use a lot of it, you're not going to wake up," Stratyner says. He says there is evidence that abusing nitrous oxide causes "dark holes" in the brain, in areas that have been deprived of oxygen and brain cells have been destroyed.

Dr. Robert Glatter, an emergency medicine physician at Lenox Hill Hospital in New York City, told HealthPop that when nitrous oxide is given to patients in a therapeutic setting, doctors often give oxygen with it because the gas displaces oxygen and causes the body's carbon dioxide levels to rise.

"That's the danger," Glatter said, because high levels of carbon dioxide cause shortness of breath and can cause sleepiness, causing a person to lose consciousness.

Glatter also said abusing whippets can lead to nausea, vomiting, disorientation, vitamin B-12 deficiency - which causes numbness in the toes and fingers - or in some severe cases,  lung collapses, blood vessel hemorrhages in the lungs, heart attacks, seizures and coma.

Glatter said he "occasionally" sees people come to the emergency department after inhaling whippets, but mostly in teens and less frequent in recent years.

Stratyner, who has no involvement in Moore's case, said the gas can be psychologically addictive, but it's "not highly usual" that people would go to rehab for it. According to Stratyner, nitrous oxide is often not a drug of choice for many people, but rather one of many drugs they use.

"If they're doing nitrous, they're probably doing other things," he said.

WebMD has more on inhalant abuse.