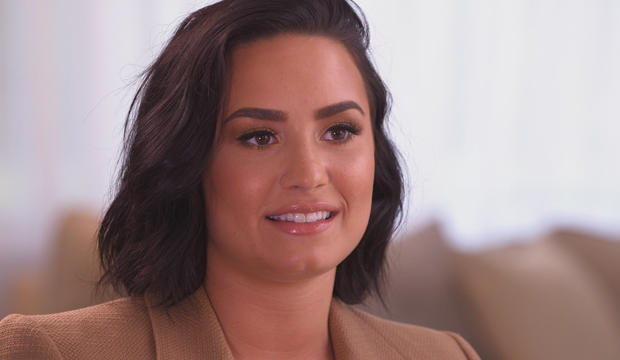 Pop star Demi Lovato, who has been open about her health issues, has become a co-owner of the CAST Centers in Los Angeles, the same place where she sought rehab help, she reveals in an interview with Tracy Smith for CBS’ “Sunday Morning” to be broadcast Sept. 11.

In 2011, after a rough period in her life, Lovato was referred to the West Hollywood mental health and wellness treatment center for help with depression, bulimia and substance abuse.

The program worked, and she’s brought her rehab guru, Mike Bayer, the CEO of CAST, on tour with her this summer.

Why buy in? “I don’t know what it says, it just feels good,” Lovato tells Smith.

“How many 24-year-olds own their own treatment center?” says Lovato’s manager, Phil McIntyre. “But then to leverage her position in pop music to do so much good is just incredible.”

To say Lovato has come a long way since undergoing treatment at Cast would be an understatement. Indeed, CAST’s Bayer admits to Smith that when he first met the former Disney star-turned-household name, she was “very closed off.” She would also sleep a lot and express herself with one word-answers. “[She] didn’t care about anything,” Bayer said.

Lovato says she was far from a model patient. “Yeah, I was a nightmare,” she said. “I would say ... the word that I want to say, but it’s so inappropriate that I can’t. And this will be on a Sunday morning, so I’m not going to say it!”

But eventually, she thrived at the facility, and now is healthy again and on tour with Nick Jonas. She also spoke this summer at the Democratic National Convention -- part of her efforts to use her celebrity to help others living with mental illnesses.

“It sounds ridiculous but, like, I kind of made a pact with God,” Lovato tells Smith. “And I don’t even think you’re supposed to do that, but I was, like, I promised, ‘If you make me a singer one day, I’m going to use my voice for so much more than singing, and I’m going to help people with it.’”

Lovato credits taking responsibility for her actions, and learning how to function without “some sort of drug or with alcohol,” for getting her to this point today. “And because of that,” she said, “I’m now sitting here right now alive and more successful than I’ve ever been.”

The Emmy Award-winning “Sunday Morning with Charles Osgood” is broadcast on CBS on Sundays beginning at 9:00 a.m. ET. Executive producer is Rand Morrison.