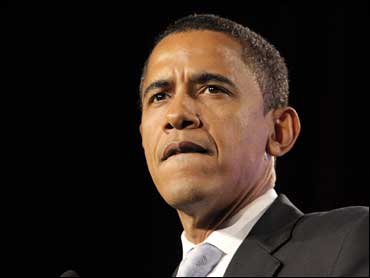 The Democratic Party will get serious about the platform-writing the process, as hearings of the 2008 convention's platform committee kick off in Cleveland.

But not too serious.

As has been the case since the 1980s, the real writing of the platform will be done by the campaign of the presumptive nominee.

That means that, while the deliberations in Cleveland this week and Pittsburgh next week will hear some alternative voices and perhaps feature a few debates, the final document is likely to read more like a press release from the Barack Obama campaign than a bold statement of principle.

Indeed, an Obama aide, Karen Kornbluh, has been designated by the Democratic National Committee as the "Principal Author" of the document. Kornbluh is on leave from Obama's Senate office, where she serves as policy director.

That said, the 186 members of the platform committee -- a group that includes former backers of the Hillary Clinton and John Edwards campaigns -- have some authority to assure that the party stands strong on the issue of health care reform.

During the primary campaign, Obama and challenger Hillary Clinton divided over the question of whether reforms to a broken system should be universal in nature.

Though Clinton was not a supporter of single-payer, and though the reform plan she offered last summer was disappointing on many fronts, the senator from New York was a more consistent advocate for mandating across-the-board coverage than Obama.

The Illinoisan's steadfast refusal to embrace the specific rules and regulations - including some mandates -- that are required to achieve universal coverage represented an unsettling break with commitments made by progressive Democrats since the days of Franklin Roosevelt. New York Times columnist Paul Krugman went so far as to suggest after a primary-season review of the Clinton and Obama plans that, "If Mrs. Clinton gets the Democratic nomination, there is some chance -- nobody knows how big -- that we'll get universal health care in the next administration. If Mr. Obama gets the nomination, it just won't happen."

It is unlikely that members of the platform committee will be able to forge a document that gets Obama all the way to where he needs to be on health care.

But that does not mean that advocates for real reform -- of which there are many on the drafting committee -- should abandon efforts to put the party on the right side of this important component of the health care debate.

They can do so by embracing a proposal by Progressive Democrats of America to outline a guarantee of health care for all in the party's statement of goals and principles.

For the Platform to be adopted at the 2008 Democratic National Convention, we support a plank calling for our nation to enact universal health care that will:

* Guarantee accessible health care for all.

* Create a single standard of high quality, comprehensive, and preventive health care for all.

* Allow freedom of choice of physician, hospital, and other health care providers.

* Eliminate financial barriers that prevent families and individuals from obtaining the medically necessary care they need.

* Allow physicians, nurses and other licenced health care providers to make health care decisions based on what is best for the health of the patient.

That is an outline for health care reform that really would represent "change we can believe in."

Obama's aides may preach caution, and that caution is likely to be reflected in any final platform document that is adopted by the convention later this month.

But platform committee members will do Obama and his campaign a favor if they determine that, when it comes to this life-and-death issue, caution and compromise are no match for the pledge Harry Truman made more than 60 years ago: "Our new Economic Bill of Rights should mean health security for all, regardless of residence, station, or race -- everywhere in the United States," the 33rd president told Congress. "We should resolve now that the health of this Nation is a national concern; that financial barriers in the way of attaining health shall be removed; that the health of all its citizens deserves the help of all the Nation."
By John Nichols
Reprinted with permission from The Nation