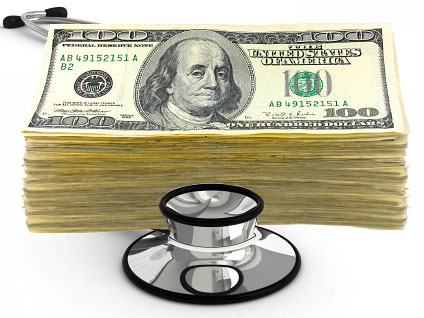 Democrats are expected to unveil their final health care legislative package today, following the preparation of a preliminary cost estimate from the Congressional Budget Office that Democrats say pegs their health care plan at a cost of $940 billion over 10 years.

The CBO report should reassure some Democrats on the fence about the bill, since it reportedly estimates the health care plan will cut the federal deficit by $130 billion in its first 10 years and by $1.2 trillion in its second 10 years.

President Obama this morning praised the reform package as "the most significant effort to reduce deficits since the balanced budget act in the 1990's."

He commented on the health care legislation before signing the HIRE Act into law, with some key legislators at his side. A key undecided House Democrat, Jason Altmire of Pennsylvania, joined the president, as did Republican Rep. Ahn "Joseph" Cao of Louisiana, who is still considering his vote on reform. Cao was the only Republican to support the House health care bill last year, and he is reportedly considering whether he finds the Senate bill's abortion language sufficient.

The CBO also expects the bill to reduce the annual growth in Medicare expenditures by 1.4 percentage points per year, Democrats say, and extend Medicare's solvency by at least 9 years. An additional 32 million people should get coverage under the bill, expanding health care coverage to 95 percent of Americans.

Once Democrats unveil their bill today, the countdown to a final House vote on the package will begin. It's unlikely the vote will happen before Sunday, since Democrats intend to keep their pledge to wait until a bill has been available online for 72 hours. That means President Obama may have to either delay his departure for Asia, which is scheduled for Sunday, or sign the bill abroad so that Senate Democrats can proceed with passing the reconciliation "fix it" measure.

The release of the CBO report came down to the wire in part because of continued negotiations over the so-called "Cadillac" tax, or excise tax on pricey insurance plans, Jackson reports. Labor unions supported the Senate bill after Democrats watered down the tax, which could hit a number of middle-class workers with good health benefits, but the negotiations over the provision continued into last night after the weaker excise tax showed disappointing returns from the CBO.

"Part of convincing House members to vote for the Senate bill is that it can be fixed by reconciliation, and I think that is a highly questionable proposition," Sen. John Cornyn (R-Texas) told Politico.

At least one significant proposal -- the president's plan to establish federal authority over health insurance rate increases -- has fallen victim to the Senate rules, Huffington Post reports. The plan cannot be included in the reconciliation "fix it" bill, since only provisions that impact the federal budget may be included in reconciliation bills.

With Republicans intent on attacking the reconciliation measure, House Democrats are looking for a signed commitment from at least 51 Senate Democrats that they will, in fact, pass the "fix it" bill, USA Today reports.

Meanwhile, House Democrats are still working to secure the 216 votes they need to pass any bill, the New York Times reports, though the party gained some momentum yesterday when Rep. Dennis Kucinich (D-Ohio), along with a couple other previously undecided Democrats, announced they would support the Senate bill.