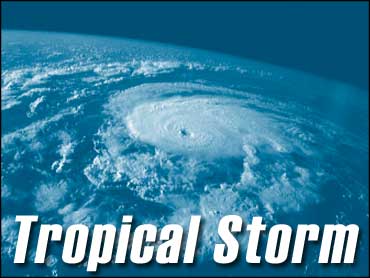 The 25th named storm of the season formed Wednesday and poses a threat only to shipping, according to the National Hurricane Center in Miami. It was not headed for the United States.

"It's way out there in the middle of nowhere," hurricane specialist Stacy Stewart said.

At 4 p.m. EST, Delta's top sustained winds had strengthened to 70 mph and the storm was expected to intensify. If winds reach 74 mph, it would be the season's 14th hurricane.

Delta was centered about 1,160 miles southwest of the Azores. It was nearly stationary, and forecasters said the storm could eventually head north. The storm was large, with tropical storm-force winds stretching 230 miles from its center.

The six-month Atlantic hurricane season officially ends Wednesday, but forecasters warn that tropical storms and hurricanes can develop in December.

"There's no way of telling. We could certainly have one, maybe two by Christmas," Stewart said. "But these things usually form way out over the Atlantic, where they're mainly a threat to shipping. Rarely do they make landfall."

Last year, Tropical Storm Otto formed on the last day of the season, Nov. 30, and lasted until Dec. 3. In 2003, two storms, Odette and Peter, formed in December.

According to the National Hurricane Center, the latest hurricane to strike the U.S. was on Nov. 30, 1925, near Tampa.

Hurricane Katrina, which hit the Gulf Coast on Aug. 29, became the most expensive U.S. hurricane ever and the deadliest one to hit America since 1928.