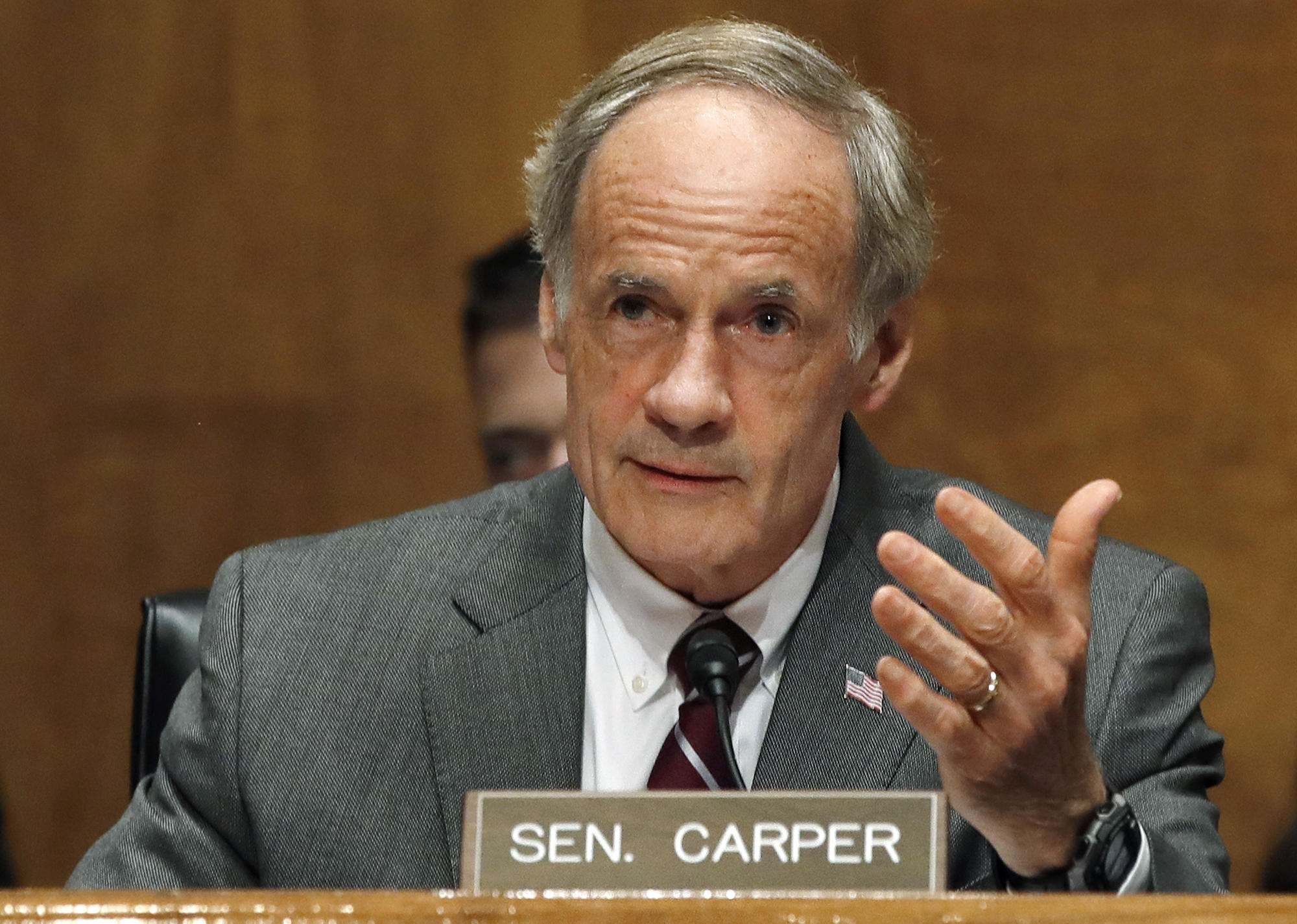 A battle between Delaware's senior senator and an upstart challenger riding an antiestablishment wave within the Democratic Party highlighted the state's primary elections Thursday.

Democratic Sen. Tom Carper, 71, hasn't lost a race in more than four decades in politics, including on Thursday. He successfully defended his seat against a primary challenge from political newcomer and community activist Kerri Evelyn Harris, 38. Carper won with 64 percent of the vote.

Carper, who famously says he always campaigns as if he's 20 points behind, took no chances against Harris, an Air Force veteran trying to stage one of the most shocking upsets in modern Delaware political history.

Carper enjoyed a huge fundraising advantage against Harris this year, having raised more than $1.3 million as of mid-August, compared to a little more than $120,000 by Harris. He has far outspent her as well.

Though he's a frequent and vocal critic of President Trump, Carper has developed a reputation over the years as a centrist able to work with both Republicans and Democrats in Congress. Carper voted for measures to roll back Dodd-Frank regulations. He also was one of four Democrats who voted to confirm now-Supreme Court nominee Brett Kavanaugh to the D.C. Circuit Court of Appeals.

"Delaware's always gotten rewarded for working to the middle, finding consensus. ... I don't think that's changed," he said. Carper was endorsed by former Vice President Joe Biden, a former senator from Delaware who is extremely popular in the state. Biden recorded robocalls for Carper.

Carper told CBS News on Tuesday that he behaves in every election as though his opponents are "20 points ahead and 20 feet tall." He also said that he respected Harris, as they both served in the Navy.

That middle ground in Delaware is largely occupied by people who aren't registered with either leading party, but independents have no voice in the state's closed primaries, in which only Democrats and Republicans can vote for their respective nominees.

Harris was among a wave of young activist Democrats, emboldened by the 2016 presidential campaign of Sen. Bernie Sanders of Vermont, trying to push the party farther left. Harris is an activist, biracial, gay and female, and her previous experience includes loading giant cargo planes, repairing cars and frying chicken in convenience stores, along with coaching young people to work for social change.

These candidates have sent shock waves through the party establishment, starting in June with a New York congressional primary victory by 28-year-old newcomer Alexandria Ocasio-Cortez over a 10-term incumbent. Recent victories by Tallahassee Mayor Andrew Gillum in Florida's Democratic gubernatorial primary and Boston City Councilor Ayanna Pressley in a closely watched congressional primary in Massachusetts have further energized the movement. Harris has been endorsed by Ocasio-Cortez.

"People of the entire United States realize that this campaign has implications that can be resounding for the rest of the nation," Harris said, noting that more than 40 states are represented in the donations and assistance her campaign has received. "It's an effort to move the Democratic party closer to the people."

Delaware selected controversial candidates in primaries in the past -- conservative firebrand and "not-a-witch" Christine O'Donnell won the Republican primary in the 2010 Senate race, instead of the hand-picked establishment candidate.