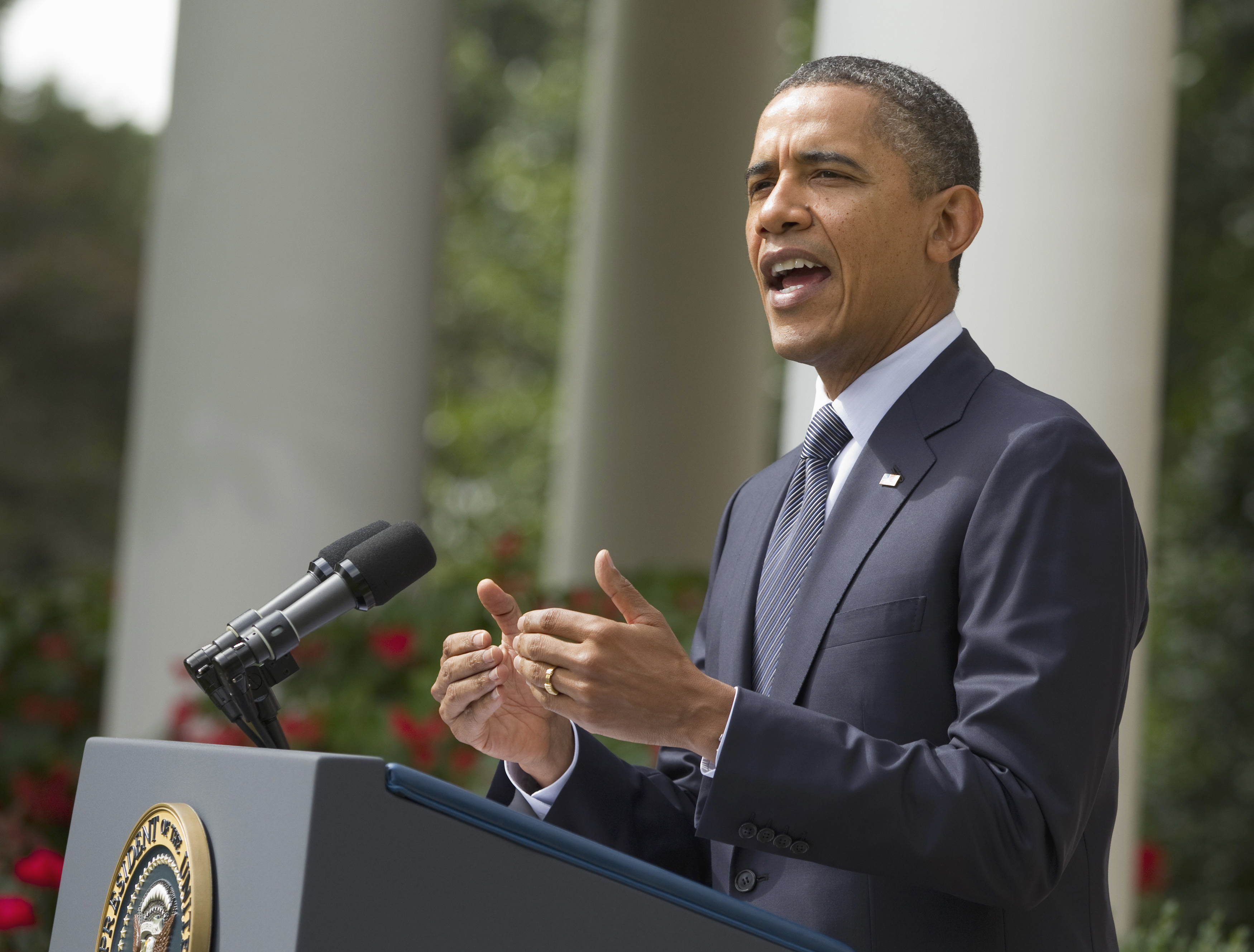 Even if Congress enacts every penny of the $4 trillion in tax hikes and spending cuts in President Obama's deficit reduction plan, the government will still run up $6.3 trillion in deficit spending over the next ten years.

In the year 2021, the White House budget office projects the deficit will total $565 billion, just 2.3 percent of total economy. That compares to 8.5 percent of Gross Domestic Product that this year's $1.3 trillion deficit amounts to.

In its simplest terms, the president's plan calls for over $4 trillion in deficit reduction over ten years. "This plan cuts $2 in spending for every dollar in new revenue," said Mr. Obama in his Rose Garden statement unveiling his proposals. (watch some of his remarks at left)

The president's numbers include the "pay fors" in the jobs bill he sent Congress last week and the spending cuts in the Budget Control Act he signed in August 2nd to keep the U.S. Treasury from defaulting on its debt.

The most controversial provisions in his plan are among the $1.5 trillion in changes he wants in the tax code.

One such tax change the president proposes is named for billionaire Warren Buffet. It would increase the taxes paid by million dollar earners, if their cumulative tax rate totals less than what middle class taxpayers pay.

"It is wrong that in the United States of America, a teacher or a nurse or a construction worker who earns $50,000 should pay higher tax rates than somebody pulling in $50 million," said the president in explaining the provision.

The plan calls for a quarter trillion dollars in cuts in Medicare spending, but the White House says 90 percent of that would stem for reducing overpayments by the health care program.

President Obama was adamant in vowing to veto any deficit reduction plan that changes benefits for Medicare recipients but does not raise "serious revenues by asking the wealthiest Americans or biggest corporations to pay their fair share."

"We are not going to have a one-sided deal that hurts the folks who are most vulnerable," he stated bluntly in an effort to reassure his Democratic base.

He was also quick to dismiss Republican charges that he's engaging in "class warfare" by singling out the rich for tax hikes.

"I reject the idea that asking a hedge fund manager to pay the same tax rate as a plumber or a teacher is class warfare," said Mr. Obama. "I think it's just the right the thing to do."

No funds would be cut from Social Security. White House officials say Mr. Obama favors reform of the retirement program, but as part of a separate bipartisan effort, not as part of deficit reduction.

A White House list shows other proposed savings in the president's plan:

Mr. Obama said his deficit reduction proposals would not shortchange education, scientific research or infrastructure construction. "Those things are essential to our future," he insisted.

Obama steals thunder from super committee with veto threat
Obama's deficit plan revs up Democrats
Obama: "This is not class warfare -- It's math"

He says his plan is designed to help Washington "live within its means." But that does not mean he favors achievement of a balanced budget. He'll be happy with reducing the size of the deficit in relation to GDP to just over 2 percent.

The president's plan also provides for some new deficit spending including $6.1 billion for the financially troubled U.S. Postal Service. And the IRS would run up another $1.9 billion in deficits as part of its program to strengthen enforcement of the tax code.