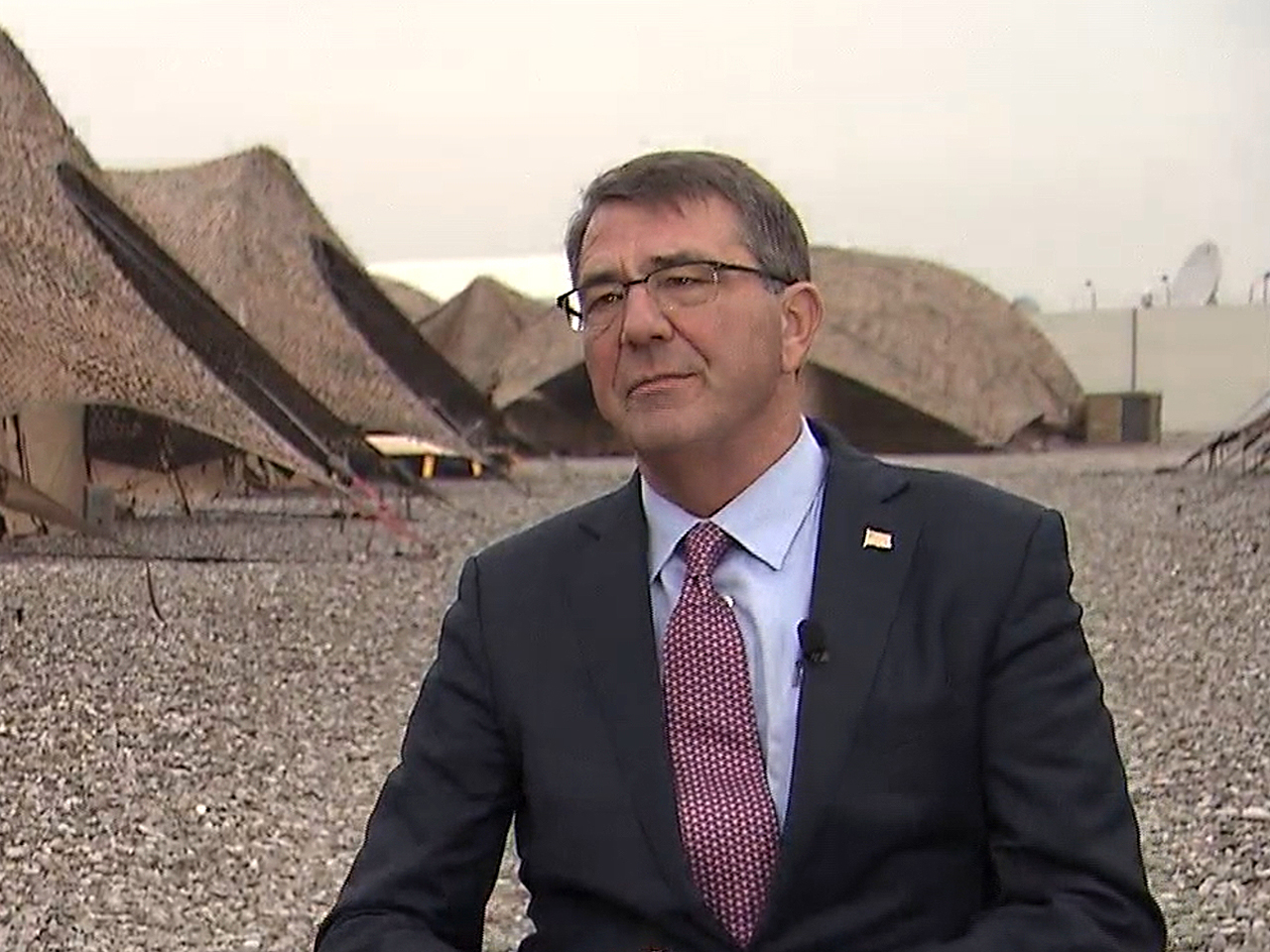 ABOARD THE USS KEARSARGE -- The American airstrike that may have killed a number of Iraqi soldiers on Friday seems to be "a mistake that involved both sides," U.S. Defense Secretary Ash Carter said Saturday. He called Iraqi Prime Minister Haider al-Abadi to express condolences.

Speaking to reporters during a visit to the USS Kearsarge in the Persian Gulf, Carter said the incident near the western Iraqi city of Fallujah was "regrettable."

"These kinds of things happen when you're fighting side by side as we are," Carter said. He said the airstrike Friday "has all the indications of being a mistake of the kind that can happen on a dynamic battlefield."

Carter, who spent two days in Iraq this past week, called Abadi from the USS Kearsarge, an amphibious assault ship supporting coalition missions in Iraq and Syria against militants with the Islamic State of Iraq and Syria, or ISIS. The Kearsarge carries a Marine expeditionary unit and naval aircraft.

The Pentagon chief did not provide details about the airstrike, which the U.S. military headquarters in charge of the war effort in Syria and Iraq said was one of several it conducted Friday against ISIS targets. A U.S. military statement said the airstrikes came in response to requests and information provided by Iraqi security forces on the ground near Fallujah, which is in ISIS control, and were done in coordination with Iraqi forces.

CBS Radio News correspondent Cami McCormick reports that a senior U.S. defense official said that although an investigation was in its early stages the incident was likely due to the "fog of war" and actual fog. The official indicated that bad weather could have been a factor in the incident.

"The folks on the ground who we were communicating with were closer to the targeting area than we understood," the official said.

Carter said he told Abadi that the U.S. was investigating and would work with the Iraqis.

Asked if he was worried the deaths might further anger Iraqi citizens who may not be happy with the American and coalition presence in Iraq, Carter said, "I hope Iraqis will understand that this is a reflection of things that happen in combat. But it's also a reflection of how closely we are working with the government" of Iraq.

He added that during the call, both he and Abadi recognized that "things like this can happen in war."

The U.S. military statement Friday said the strike may have resulted in the death of Iraqi soldiers. The statement did not say how many Iraqi soldiers may have been killed; other officials said the Iraqis initially reported that about 10 may have died.

When asked how many Iraqis may have been killed, the U.S. military command known as Combined Joint Task Force-Operation Inherent Resolve said, "The coalition is investigating the incident and will make further details available when appropriate."

Carter met with Abadi during a stop in Baghdad on Monday to discuss the fight against ISIS and the U.S. and coalition plans to accelerate the campaign.

Biden and Putin to speak amid tense military standoff in Ukraine