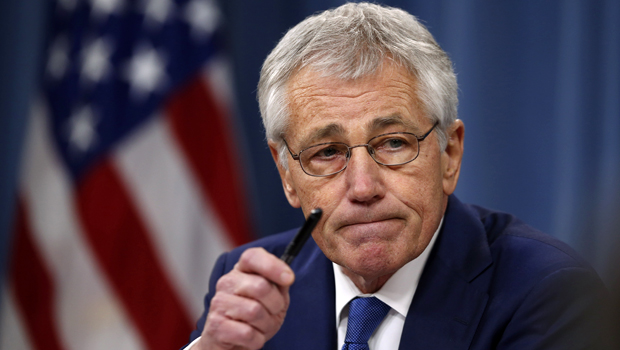 In a memo Thursday to top Pentagon officials, Hagel also ordered an independent review of the nuclear force to determine whether setbacks, including numerous lapses and missteps revealed by The Associated Press, reflect endemic failures that could harm the nuclear mission and the safety and security of the nation's nuclear weapons.

"Personnel failures within this force threaten to jeopardize the trust the American people have placed in us to keep our nuclear weapons safe and secure," Hagel wrote. The AP was provided a copy of his letter before it was announced by his press secretary, Adm. John Kirby, who described Hagel as eager to get to the bottom of the problems.

Last week the Air Force announced it had suspended the security clearances of 34 nuclear missile launch officers who are alleged to have cheated on proficiency tests, a probe that grew out of a drug use investigation.

"Combined with other recent lapses by those responsible for overseeing our strategic deterrence enterprise, the allegations that have been raised recently also raise legitimate concerns about the department's stewardship of one of our most sensitive and important missions," Kirby told a Pentagon news conference.

The Air Force operates, maintains and secures 450 Minuteman 3 intercontinental ballistic missiles, as well as a fleet of nuclear-capable bombers. The Navy is responsible for the rest of the strategic nuclear force, which is comprised of nuclear-tipped ballistic missiles aboard submarines.