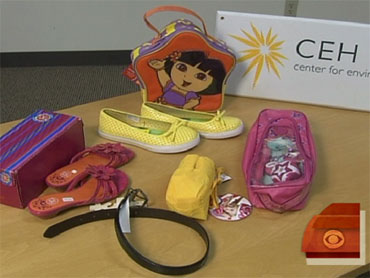 Scientists say they have identified an ocean sponge living in the darkness of the deep sea that grows thin glass fibers capable of transmitting light better than industrial fiber optic cables used for telecommunication.

The natural glass fibers also are much more flexible than manufactured fiber optic cable that can crack if bent too far.

"You can actually tie a knot in these natural biological fibers and they will not break - it's really quite amazing," said Joanna Aizenberg, who led the research at Bell Laboratories.

The sponge also is able to add traces of sodium to the fibers which increase their ability to conduct light, something that cannot be done to glass fibers at the high temperatures needed for commercial manufacturing, Aizenberg said.

"One of the challenges of technology is doping the glass structure with additives that improve optical properties," she said. "If we understand exactly how we can deposit sodium in glass fibers at low temperatures as nature does, we can control all the properties."

The sponge grows in deep water in the tropics. It is about a foot and a half tall with an intricate silica mesh skeleton that also serves as a home for shrimp. The glass fibers form a crown at its base that appear to help anchor the sponge to the ocean floor. The fibers are about 2 to 7 inches long and each is about the thickness of a human hair.

The study, which appears Thursday in the journal Nature, details one of the latest discoveries in the emerging field of biomimetics - the effort to understand how biological systems are engineered and apply the principles to technology.

"It's such a wonderful example of how exquisite nature is as a designer and builder of complex systems," said Geri Richmond, a chemist and materials scientist at the University of Oregon who was not involved in the study.

"We can draw it on paper and think about engineering it but we're in the stone age compared to nature," she said.

Biomimetics has driven a form of "bioprospecting" in the ocean, said Randy Kochevar, a marine biologist at the Monterey Aquarium in California.

"Folks involved in industry or medicine or biotechnology go out and look for compounds of interest in the deep sea, and it's so novel and so untapped there is a great deal of interest," Kochevar said.

Discoveries in recent years include an enzyme that improves laundry detergent, taken from bacteria that breaks down fats in cold water; a glowing protein from jellyfish that allows surgeons to illuminate cancerous tissue while they operate to remove it; and another enzyme that improves DNA testing, drawn from bacteria that live near hydrothermal vents at the ocean bottom.

Kochevar said the sponge study follows an earlier discovery by Aizenberg that a starfish called the brittlestar is coated with tiny lenses that act as a collective "eye," offering engineers a model for creating sensors and guidance systems. Both discoveries show how valuable life in the ocean can be to society and how much of the ocean remains to be explored, he said.

"It's incredible, really. We're looking at these things that are not known to be visual animals yet we're finding these fascinating optical properties that are built into their bodies," Kochevar said.