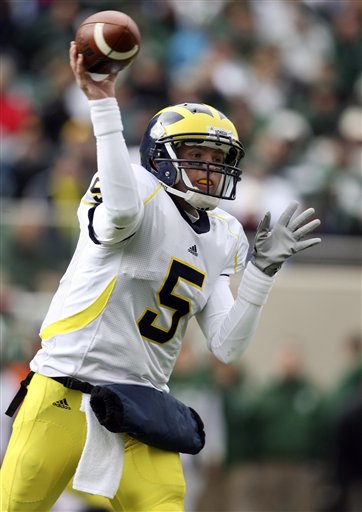 Deena Bennett exuded so much confidence on Thursday evening's Survivor: The Amazon, she could have been mistaken for queen of the Amazon. But the rest of her tribe favored a quick exile and voted her out. She joined Julie Chen Friday monring on the The Early Show.

So, Chen wanted to know, what happened to the attorney with a backup plan after her backup plan?

"Well, pride cometh before a fall," she responded. "You anticipate certain things, and my house of cards kind of just fell to pieces. But it's the nature of the game. You know, you expect some things to go a certain way. And you have to anticipate that some people are still conniving and scheming. And it was my time to go."

"Oh, wait a minute," interjected Chen. "Is it that you got voted off because people are conniving and scheming or that you're overconfident? Like break it down for me. Where did you go wrong? Why did they suddenly all turn on you?"

"There was a plan," said Deena. "There was a plan when we left Jaburu, once we merged and become Jacare, that said 'Hey this is the order that we're going to take people off in,' and I saw that there was a potential threat in Alex and I tried to make a move on Alex. Only I underestimated the amount of power that he had over Jenna and Heidi. Plain and simple."

"Let's talk about your buddy Rob, who said that you guys had this secret thing going, this secret alliance through and through" asked Chen. "Because the knife sticking out of your back has his fingerprints all over it. What happened with Rob?"

Deena said she and Rob had an absolute pact that said each would take the other into the final round.

"But Rob did very clearly say, 'until it becomes a problem for me I am going to back you 100 percent,'" Deena explained. "And I understand that completely. Yeah, he's a fair-weather friend, and it worked to his benefit to vote where the rest of the majority was. And I wouldn't expect him to do anything less."

The deal worked both ways, she explained. "If I needed to work out something else with somebody else, like say Christy, or say Jenna and Heidi, that would be the way that it would have to go. But, I had no intentions of ever burning Rob, ever. So I did the best that I could with what I had to work with and how much energy I had left. Because at that point in time I just wanted to sleep all day."

Deena had watched earlier editions of Survivor and finds this group the most conniving. "We're all seasoned veterans. This is Survivor number six, so we have past experiences to go off of. And I would hope so, because it makes the show more exciting."

Chen wanted to know about "the disgusting immunity challenge last night. Looking back, I mean, you took it to the end. It was - you against Matt. And that last big - what was it - a Japanese beetle that lives in dead wood? But now that you have been voted out of the Amazon, do you wish you had eaten it?"

"I wish that I would have attempted it," she replied. "I can tell you right here and now, there was no way that I could have opened up the hole in my throat to shove that thing down whole and that's what it would have taken for me to have beaten Matt. He ate it in less than a second. It went in and it went down. There would be no way."

Bennett told Chen her theory of why she was voted off. "I tried to make a move on Alex and the girls weren't ready to give up their snuggle bunny quite yet. I lost probably because of warmth and comfort and friendship in the Amazon."

Alex called Bennett a liar, noted Chen, and his girlfriend at the Amazon - Jenna - called her a back stabber. Where did this come from?

"I have no idea. But it's the nature of the game. I can only make assumptions based on what I saw last night. It appeared to me that Heidi may have been saying some things behind the scenes. I have no idea. But perception is what you see in the Amazon behind the scenes, and then the results are from what people have been talking to you about. So I can only assume that some people were saying some things that I may not have been privy to. I don't think that I lied and I don't think that I was a back stabber. But it's the nature of the game. If they perceive me as conniver, if they perceive me as a back stabber or strong, they had to get rid of me. And I respect that."

"But I chose to go with the younger, cuter crowd because I thought that I had a better shot with them and thus bonding together to try and oust some of the others. And when there was the switch of tribes, then there was that added mix with men. And I think it did well to boost a lot of the girls' spirits. But still, I was fighting to try and stay in a clique that I clearly, demographically, did not belong."

Deena Bennett played a good game, and as Chen told her, that's probably why she got voted off.