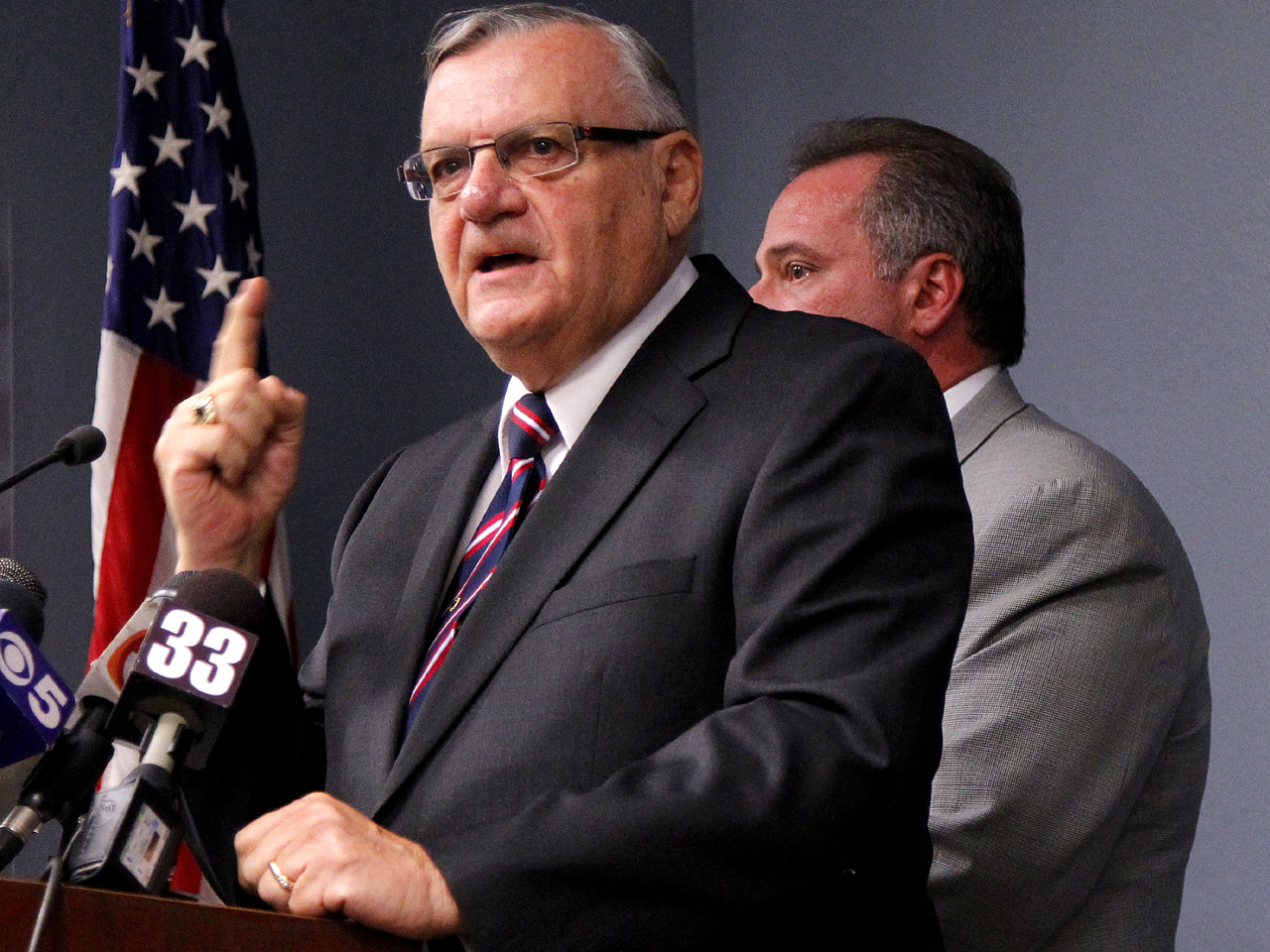 (AP) PHOENIX - The federal abuse-of-power investigation into America's self-proclaimed toughest sheriff may have been closed without criminal charges but Maricopa County Sheriff Joe Arpaio's legal troubles are far from over.

A civil case brought by a small group of Latinos who accuse Arpaio's office of systematically racially profiling is awaiting a verdict from an Arizona-based federal judge.

The U.S. Department of Justice has also sued the sheriff for alleged constitutional violations including racial profiling, retaliating against Arpaio critics, punishing Latino jail inmates with limited English skills for speaking Spanish and failing to adequately investigate a large number of sex-crimes cases. No trial date in that case has been set.

The Justice Department announced late Friday that it would not pursue criminal charges against the sheriff or his office, or against former Maricopa County top prosecutor Andrew Thomas and a top Thomas aide, Lisa Aubuchon, for abuse of power.

Thomas and Aubuchon were disbarred by the state Supreme Court earlier this year after an ethics panel decided they brought criminal charges against two county officials and a judge in December 2009 with the purpose of embarrassing them. The cases were investigated by Arpaio's now-closed anti-public corruption squad.

Thomas was a longtime Arpaio ally.

Authorities were investigating Arpaio for his part in failed public corruption cases against officials who were odds with him. The sheriff brought cases against a judge and two county officials in 2009 and Thomas prosecuted them.

Federal authorities also said Friday that they have decided to not prosecute matters tied to alleged misuse of county credit cards by sheriff's officials, alleged misspending of jail-enhancement funds and other matters.

The yearslong probe by the FBI and federal prosecutors into Arpaio, Thomas and their offices began during the tenure of President George W. Bush, although Arpaio, a fellow Republican, has since called it politically motivated since.

"If I did something wrong there would be indictments floating all over the place," Arpaio said at a news conference called late Friday night. "I'm not going to get into all the details whether it's political, a witchhunt or whatever you have. The bottom line is we were cleared and we should stay with that and not get into all the politics involved."

Arpaio critics reacted with dismay to the decision not to seek criminal charges, saying they had hoped the Justice Department would finally act against what they call an out-of-control sheriff's office.

"It's an understandable reaction," said Paul Charlton, a former U.S. attorney in Arizona who has worked for one of the county supervisors who was charged. "I can see how after so many years and so much misconduct by Joe Arpaio you would have that feeling.

Charlton said prosecutors had to measure the likelihood of proving any criminal case beyond a reasonable doubt.

"You have to have a reasonable likelihood of success and I trust they made this decision based upon the facts and the law."

But the sheriff will have a different challenge in the civil cases he now faces.

"As a practical and a legal matter it means nothing," Charlton said of the decision not to pursue criminal cases. "This is a different venue and a different standard of proof. It is one that many of Joe Arpaio's critics, including myself, would have liked to have seen come out differently.

"But the end of Joe Arpaio's legal troubles is a long, long way away. He already has lost many legal fights. He has been found to have committed significant misconduct, not the least of which was the finding in the state bar proceeding regarding Andrew Thomas. And I think we will see more of those findings in the future."

Arpaio, 80, is seeking re-election to a sixth term in November. He has a multi-million dollar campaign account on hand to repel two challengers seeking his seat.