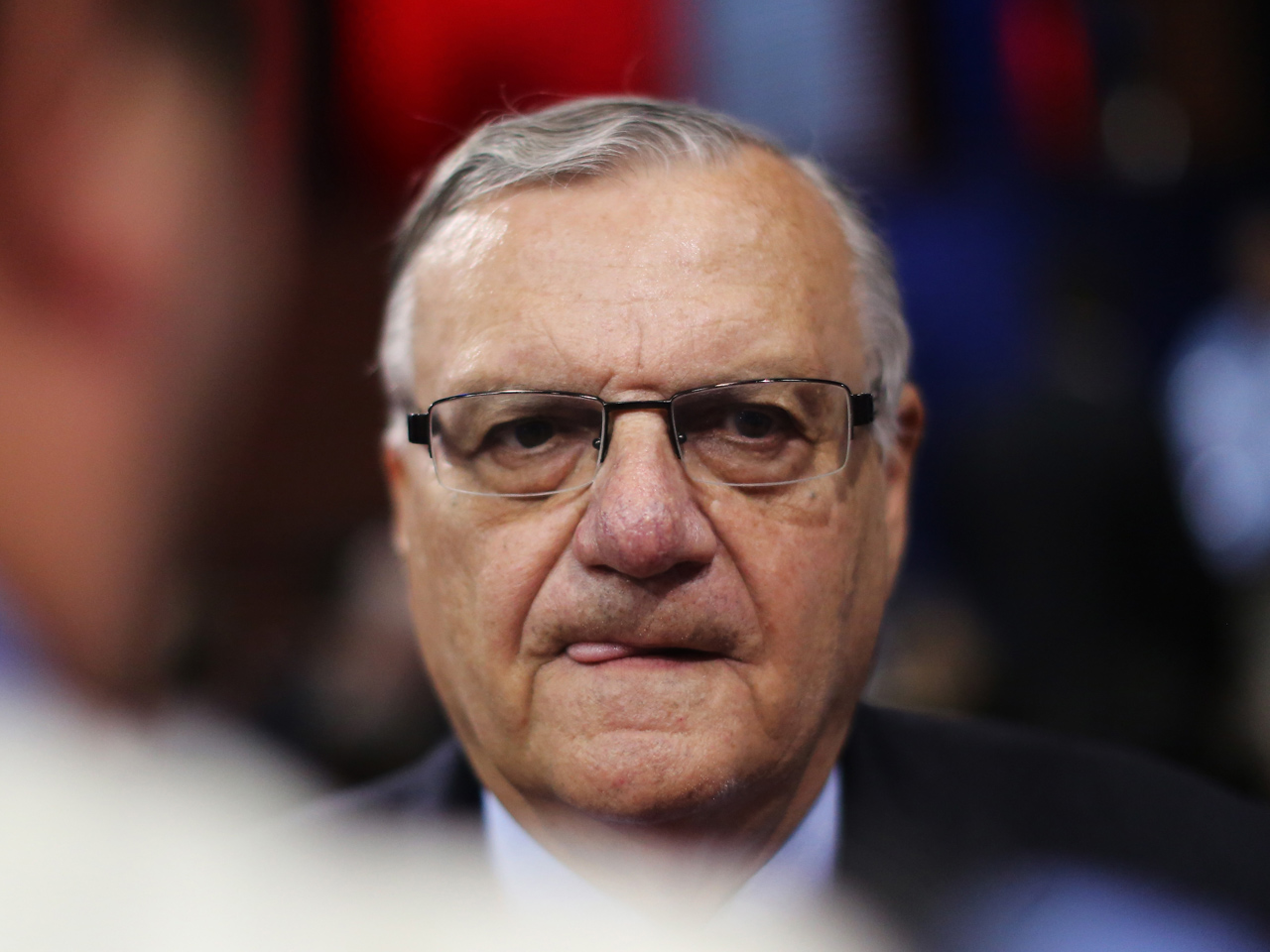 (AP) PHOENIX - Federal authorities said Friday that they're closing their abuse-of-power investigation into Maricopa County Sheriff Joe Arpaio in Arizona without filing charges against him.

Authorities were investigating America's self-proclaimed toughest sheriff for his part in failed public corruption cases against officials who were odds with him. Arpaio brought cases against a judge and two county officials in 2009.

Assistant U.S. Attorney Ann Birmingham Scheel released a saying her office "is closing its investigation into allegations of criminal conduct" by current and former members of the sheriff's and county attorney's offices.

Scheel, who is based in Arizona, didn't elaborate but said she was acting on behalf of the U.S. Department of Justice.

The federal probe focused specifically on the sheriff's anti-public-corruption squad. In a separate probe, the U.S. Justice Department has accused Arpaio's office of a wide range of civil rights violations, and in another case, a federal judge has yet to rule in a civil case brought by a group of Latino plaintiffs that claimed Arpaio and his deputies engaged in racial profiling.

Arpaio was scheduled to give a news conference Friday night after returning from the Republican National Convention in Florida.

His deputy chief Jack MacIntyre, said, "the U.S. attorney's office and its investigators recognized what sheriff's office has said all along: We did not make any prosecutorial decisions, even though things were referred to the then-county attorney."

The timing of the federal authorities' announcement — at 5 p.m. on a Friday before a holiday weekend — was questioned by some Arpaio critics.

"It is a miscarriage of justice that the federal government is dropping its case against Sheriff Arpaio and to make such an announcement on the Friday night before the Democratic National Convention can only be politically motivated to shield the administration from criticism," Pablo Alvarado, director of the National Day Laborer Organizing Network, said in a statement.

The 79-year-old sheriff and his top ally, former County Attorney Andrew Thomas, were embroiled in a three-year feud with county officials and judges and defended their investigations as necessary to root out corruption.

The officials who were targets of the investigations contend the probes were trumped up as retaliation for political and legal disagreements with the sheriff and prosecutor.

Criminal cases against former Superior Court Judge Gary Donahoe and county supervisors Mary Rose Wilcox and Don Stapley were dismissed after a judge ruled that Thomas prosecuted one of the three officials for political gain and had a conflict of interest in pressing the case.

Authorities say the charges against Donahoe were filed in a bid to prevent the judge from holding a hearing regarding Arpaio and Thomas' claim that judges and county officials conspired to hinder a probe into the construction of a court building.

Donahoe had disqualified Thomas from handling the court building investigation and was poised to hold another hearing over a request to appoint special prosecutors to handle the probe. The hearing was called off after the charges were filed against the judge.

The judge also had been critical of the ability of Arpaio's office to bring inmates to court on time for hearings.

Thomas was disbarred in early April by an ethics panel of the Arizona courts that found he brought unsuccessful criminal cases against the judge and two county officials for the purpose of embarrassing them.

And in the civil case, the Latino plaintiffs aren't seeking monetary damages. Instead, they want a declaration that Arpaio's office uses racial profiling and an order requiring policy changes. If Arpaio loses the case, he won't face jail time or fines.