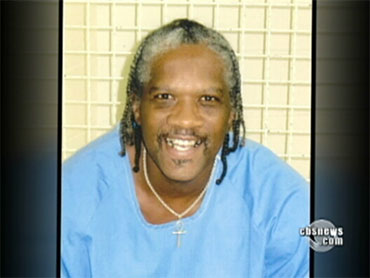 California's outgoing Gov. Arnold Schwarzenegger is being asked for an act of mercy.

Attorney Lanny Davis' best known client was once the White House, but today it's the big house he's focused on and saving Cooper's life.

"It's immoral for a society to kill somebody with this much doubt," Davis said.

Davis is asking Schwarzenegger to commute Cooper's death sentence to life and has enlisted an impressive group of supporters, including a federal judge. William Fletcher was part of a panel denying Cooper's last appeal and wrote in a dissent, "Kevin Cooper is probably innocent."

Cooper was convicted in 1985 for the brutal and bloody murders of three members of a Chino Hills, Calif., family - Doug Ryen, his wife Peggy and 10-year-old Jessica - along with 11-year-old neighbor Christopher Hughes. The only survivor of the massacre was 8-year-old Josh Ryen.

"48 Hours" first brought attention to Cooper's case more than a decade ago after he wrote several letters to Moriarty claiming his innocence. There was and continues to be considerable evidence against him. Cooper was an escaped convict at the time, hiding out in a vacant house right next door to the victims. But there are also serious questions. Evidence was mishandled, even destroyed, and some of the facts just don't add up.

For instance, Josh Ryen, whose throat was cut but survived, indicated to investigators that the intruders were white and that there were more than one.

"He responded that there were three people," Deputy Sheriff Dale Sharp said.

Two years later, at trial, Ryen was no longer sure what he saw.

The victims were stabbed dozens of times with three weapons, which didn't make sense to Paul Ingels, a private investigator once hired by Cooper.

"There was three weapons, and I don't care how ambidextrous you are, you can't hold three," Ingels said in June 2000. "You've got two hands."

Ingels helped "48 Hours" track down Diana Roper, now deceased, who implicated her then-boyfriend, a white man and a convicted killer, in the Ryen murders. She even turned over bloody clothing, but investigators destroyed the possible evidence without even testing it.

Then in 2002, DNA tests were done on some crucial evidence in the case: a bloody T-shirt and cigarette butts found in the Ryens' stolen car. Unfortunately for Cooper, they seemed to confirm his guilt. Now even Ingels, once a Cooper supporter, believes he is guilty.

"Once the DNA testing came back, that locked it in for me," Ingels said.

But Davis said the DNA isn't reliable. Chemicals were found mixed with the blood on the T-shirt, and he said there's other evidence that Cooper's blood was planted.

"There was more than one blood in a vial that was supposed to contain just Kevin Cooper's blood, sealed," said Davis. "It doesn't take a rocket scientist to conclude indisputably somebody tampered with that blood vial."

Schwarzenegger has until Jan. 2, 2011, his last day in office, to decide Cooper's fate.