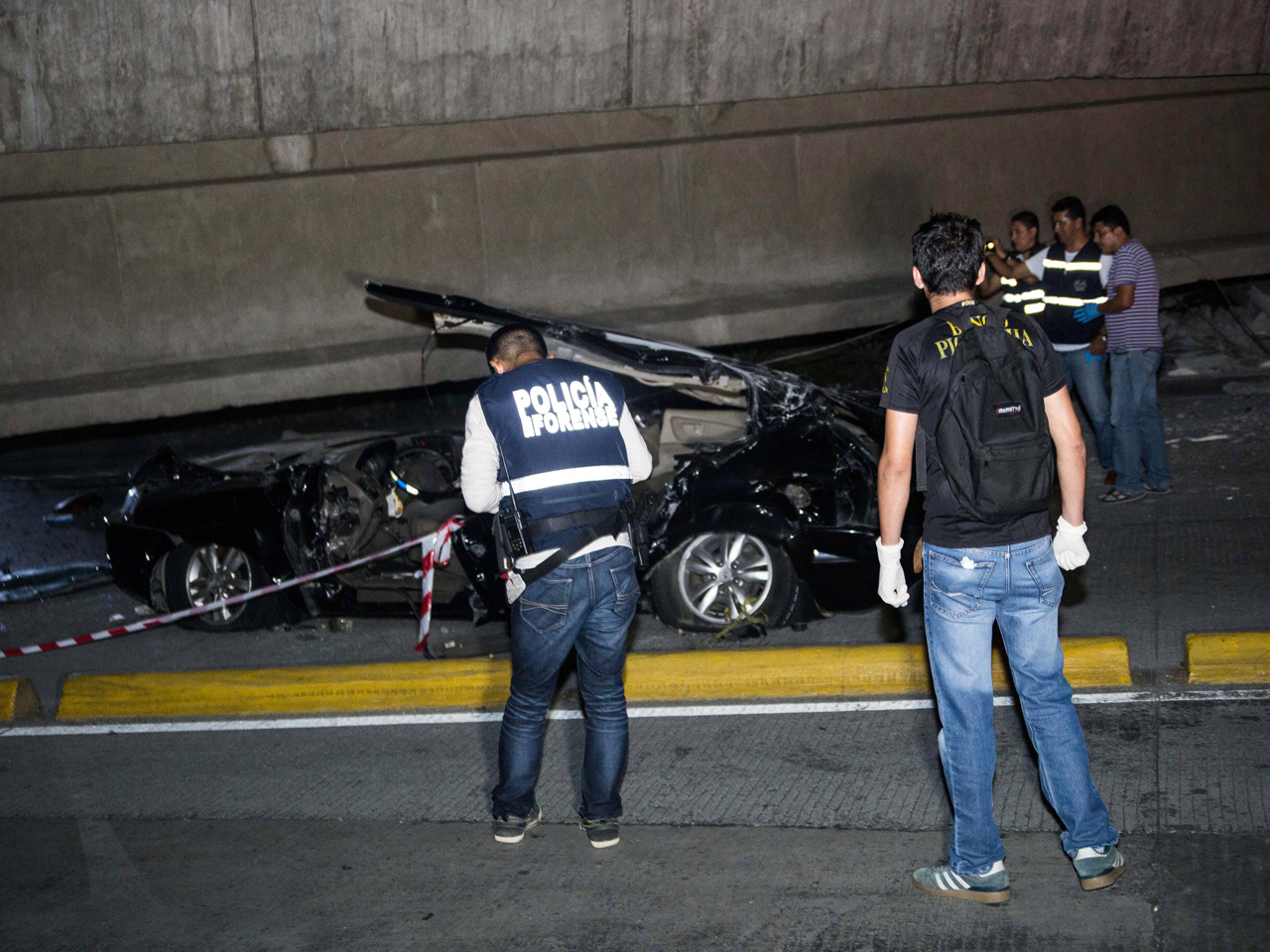 PEDERNALES, Ecuador --The strongest earthquake to hit Ecuador in decades flattened buildings and buckled highways along its Pacific coast, sending the Andean nation into a state of emergency.

Officials said the quake killed at least 246 people and injured more than 2,500 along Ecuador's coast. Vice President Jorge Glas said the toll was likely to rise because a large number of people remained unaccounted for, though he declined to say how many.

The magnitude-7.8 quake, the strongest to hit Ecuador since 1979, was centered on Ecuador's sparsely populated fishing ports and tourist beaches, 105 miles northwest of Quito, the capital.

Glas said there were deaths in the cities of Manta, Portoviejo and Guayaquil -- all several hundred miles from the center of the quake struck shortly after nightfall.

U.S. Secretary of State John Kerry released a statement expressing his condolences to the people of Ecuador.

"Our thoughts and prayers go out to all those affected," the statement read. "We applaud the courage and skill of the first responders and of the talented Ecuadorian medical professionals, who are working so hard to find survivors and save lives."

In Pedernales, a town of 40,000 near the quake's epicenter, dozens of scared residents slept in the streets while men using car headlights tried to rescue survivors trapped under rubble.

"We're trying to do the most we can, but there's almost nothing we can do," said Gabriel Alcivar, mayor of Pedernales.

Alcivar pleaded for authorities to send earth-moving machines and emergency rescue workers as dozens of buildings in the town were flattened, trapping residents among the rubble. He said looting had broken out amid the chaos but authorities were too busy trying to save lives to re-establish order.

"This wasn't just a house that collapsed, it was an entire town," he said.

President Rafael Correa signed a decree declaring a national emergency and rushed home from a visit to Rome, urging Ecuadoreans to stay strong while authorities handle the disaster.

"Everything can be rebuilt, but what can't be rebuilt are human lives, and that's the most painful," he said in a telephone call to state TV before departing Rome straight for Manta.

Ecuador's Risk Management agency said 10,000 armed forces had been deployed to help. In addition, 3,500 national police were sent to the towns of Manabí, Esmeraldas and Guayas y Santa Elena; 500 firefighters were heading to Manabi and Pedernales and five shelters had been set up for those who had to evacuate their homes.

On social media, photos circulated of homes reduced to rubble, a shopping center's roof torn apart, supermarket shelves shaking violently and a collapsed highway overpass that crushed a car. In Manta, the airport was closed after the control tower collapsed, injuring an air traffic control worker and a security guard.

In the capital Quito, people fled into the streets in fear as the quake shook their buildings. It knocked out electricity in several neighborhoods and six homes collapsed but after a few hours, power was being restored, Quito's Mayor Mauricio Rodas said.

"I'm in a state of panic," said Zoila Villena, one of many Quito residents who congregated in the streets. "My building moved a lot and things fell to the floor. Lots of neighbors were screaming and kids crying."

Among those killed was the driver of a car crushed by an overpass that buckled in Guayaquil, the country's most populous city. The city's international airport was also briefly closed. Hydroelectric dams and oil pipelines in the OPEC-member nation were shut down as a precautionary measure but so there were no reports of damage to them.

Towns near the epicenter were evacuated as a precautionary measure in case of hazardous tsunami waves but several hours later authorities said was safe for coastal residents to return to their homes.

Sports events and concerts were cancelled until further notice nationwide.

Pope Francis offered prayers for the people of Ecuador affected by the violent earthquake overnight "that caused numerous victims and great damage."

Francis asked the faithful in St. Peter's Square on Sunday to pray for those suffering in the aftermath of quake, as well as those hit by a separate magnitude-7.3 tremor in Japan on Friday.

He said "may the help of God and of neighbors give them strength and support."

The U.S. Geological Survey originally put the quake at a magnitude of 7.4 then raised it to 7.8. It had a depth of 12 miles. Dozens of aftershocks followed, one as strong as 6 on the Richter scale, and authorities urged residents to brace for even stronger ones in the coming hours and days.

David Rothery, a professor of geosciences at The Open University northeast of London said the quake was about six times as strong as the most powerful of two deadly earthquakes across the Pacific, in the southernmost of Japan's four main islands. A magnitude-6.5 earthquake struck Thursday near Kumamoto, followed by a magnitude-7.0 earthquake just 28 hours later. The quakes have killed 41 people and injured about 1,500, flattened houses and triggered major landslides.

On Sunday, thousands of rescue workers searched a debris-strewn village in southern Japan for about a half-dozen missing people as U.S. military aircraft rushed to join the relief mission.