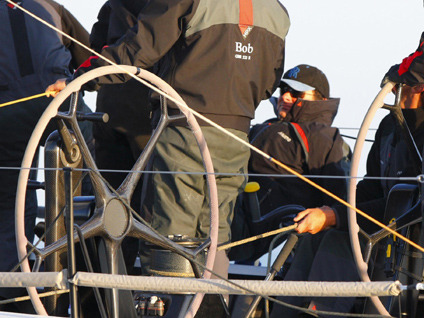 Following your rope-a-dope, evasive testimony during a House Committee on Energy and Commerce subcommittee hearing on Thursday, you have offered the public more insight into your character — and the wisdom (sic) of your public relations advisors.

Understandably, after 60 days of dealing with the worst environmental disaster in American history (which continues to ravage the Gulf Coast's economy), the death of 11 rig workers, and the downward spiral of your company's assets and reputation, as well as having the U.S. government after your hide, you want to take a break, get a bit of your life back.

Fine. Watch the World Cup. Spend time with your family. Have a barbecue.

But don't participate in a yacht race on your 52-foot craft bought with oil money. It just sends the wrong message to the "small" people whose livelihoods have been wrecked by the millions of gallons of crude still leaking from your company's damaged well head.

Remember what your chairman of the board, Carl-Henric Svanberg, said to reporters in Washington on Wednesday:

"I hear comments sometimes that large oil companies are greedy companies or don't care, but that is not the case with BP. We care about the small people."