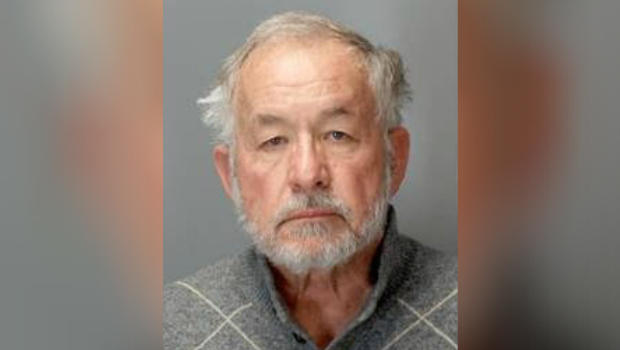 LANSING, Mich. -- A Michigan State University official who oversaw a clinic where former sports doctor Larry Nassar worked is facing criminal charges for allegedly inappropriately touching a student and storing nude photos of female students on his work computer. William Strampel, who was dean of the College of Osteopathic Medicine until late last year, was charged Tuesday with a felony, a high court misdemeanor and two misdemeanors. He is due to be arraigned in the afternoon.

The complaint charges Strampel with fourth-degree criminal sexual conduct, neglect of duty and misconduct of a public official.

The 70-year-old Strampel told police last year he never followed up after ordering Nassar in 2014 to have a third person present when providing treatment to "anything close to a sensitive area."

A spokeswoman for Attorney General Bill Schuette had earlier declined to comment. A news conference was scheduled for Tuesday, two months after Schuette appointed a special assistant attorney general to investigate.

Strampel, 70, was arrested Monday amid an investigation into the handling of complaints against Nassar, who is in prison for sexually assaulting patients under the guise of treatment. Strampel was in jail pending an arraignment Tuesday, Ingham County Sheriff Scott Wriggelsworth told The Associated Press. Strampel's arrest was first reported by the Detroit Free Press, and WILX-TV earlier reported that state police were seen outside Strampel's Lansing-area home.

Strampel is the first person besides Nassar to be charged in connection with the worst sexual abuse case in sports history. Nassar pleaded guilty to molesting patients and possessing child pornography, and he will spend his life in prison.

Strampel was the dean of the College of Osteopathic Medicine, which includes the sports medicine clinic, until he announced a leave of absence for medical reasons in December. He told police last year that he never followed up after ordering Nassar in 2014 to have a third person present when providing treatment to "anything close to a sensitive area." In letting Nassar resume seeing patients, he also said any skin-to-skin contact should be minimal and needed to be explained in detail.

Nassar was fired in 2016 for violating the rule. His dismissal came less than a month after former gymnast Rachael Denhollander filed a criminal complaint saying Nassar had sexually assaulted her with his hands while treating her for back pain years earlier.

Strampel told a campus detective and FBI agent in 2017 that he did not check to see if Nassar was following the guidance because Nassar had been "exonerated" in an investigation of a patient's complaint and the imposed guidelines were "health care 101." At least 12 reported assaults occurred after the probe ended, including many during which Nassar made ungloved skin-to-skin contact when no chaperone was present, according to a university police report.

The school has also come under scrutiny for not sharing the full conclusions of the Title IX investigation with Amanda Thomashow, the woman who complained. A campus police probe of Nassar that occurred at the same time resulted in no charges being filed. And a teen's 2004 complaint to Meridian Township police also led to no charges after Nassar offered an aggressive defense and insisted he was using a legitimate medical technique.

In February, interim Michigan State President John Engler announced plans to fire Strampel, who still has tenure that protects his employment as a faculty member.

More than 250 girls and women have sued Michigan State, Strampel and other current and former university officials, USA Gymnastics - where Nassar also worked - and others. Roughly 200 women gave statements in two courtrooms over 10 day of proceedings.

John Manly, a lawyer for many of the victims, said his clients were encouraged by the development.

"It demonstrates that (Schuette) is serious about investigating the systemic misconduct at MSU that led to the largest child sex abuse scandal in history and holding the responsible parties accountable," he said.

A Michigan State spokesperson said the university would continue cooperating with any investigations and pointed to Engler's past statements.

"Michigan State University has been and will continue to cooperate with all on-going investigations. In a previous statement, Engler has said that Strampel did not act with the level of professionalism we expect from individuals who hold senior leadership positions, particularly in a position that involves student and patient safety," said Emily Guerrant, a university spokesperson. "Allegations have arisen that question whether his personal conduct over a long period of time met MSU's standards. We are sending an unmistakable message that we will remove employees who do not treat students, faculty, staff or anyone else in our community in an appropriate manner."