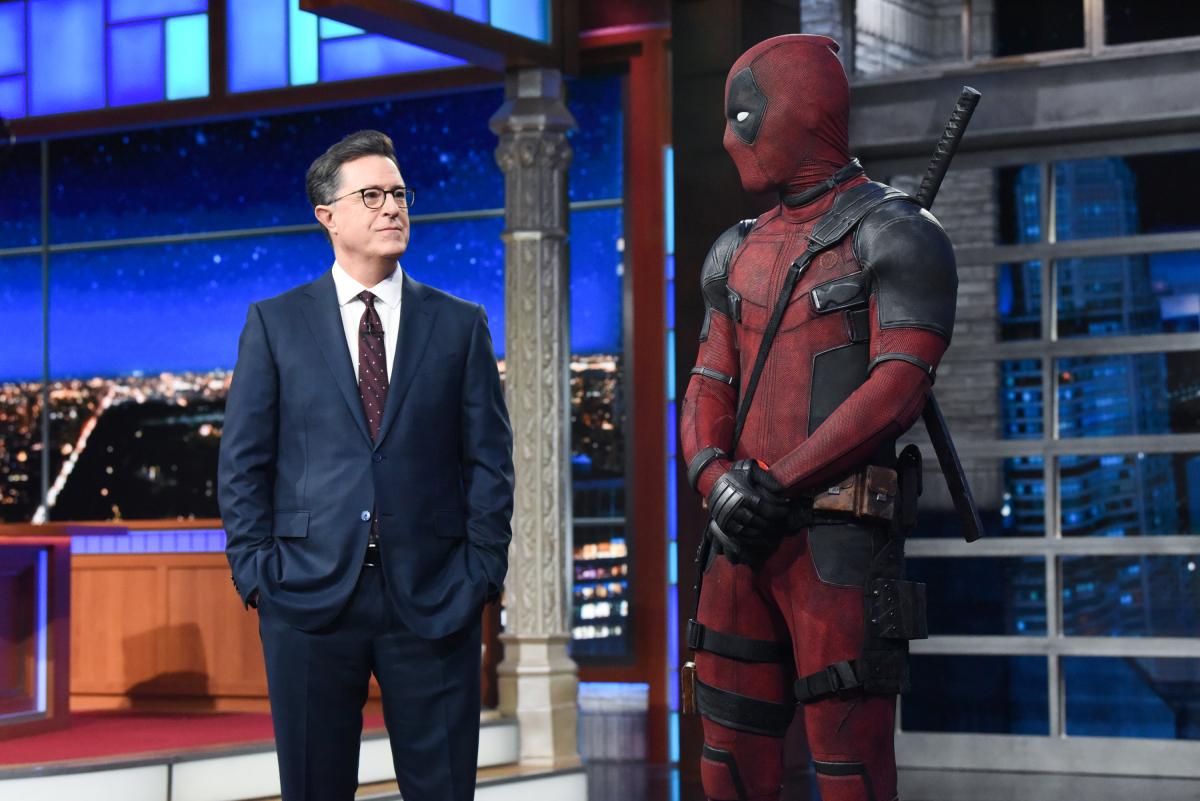 Stephen Colbert had a surprise guest on the "Late Show" on Tuesday when foul-mouthed superhero Deadpool crashed his monologue and made fun of President Donald Trump. Colbert was just beginning his monologue, talking about the successes of "Black Panther" and "Infinity War," when he asked, "At what point will audiences say enough with the superheroes?"

When Colbert admonished the sassy superhero for interrupting, Deadpool responded that he was promoting his new film and said, "Yes, I would love to be your guest tonight, thank you for asking," to which Colbert responded that Jamie Foxx was already booked.

Later, Deadpool insisted on taking over the monologue and offered up a rude joke about the president's decision to pull out of the Iran deal. "It's Trump's biggest pulling out blunder since Eric," Deadpool says in the clip. He continues, "President Trump spent the day complaining on Twitter about leaks inside the White House, because we all know Trump prefers his leaks in Russian hotel rooms."

The cheeky superhero, played by Ryan Reynolds, explained that the joke was a reference to Mr. Trump's alleged "golden shower" tape, just in case the host didn't get it. Watch Deadpool's appearance below.