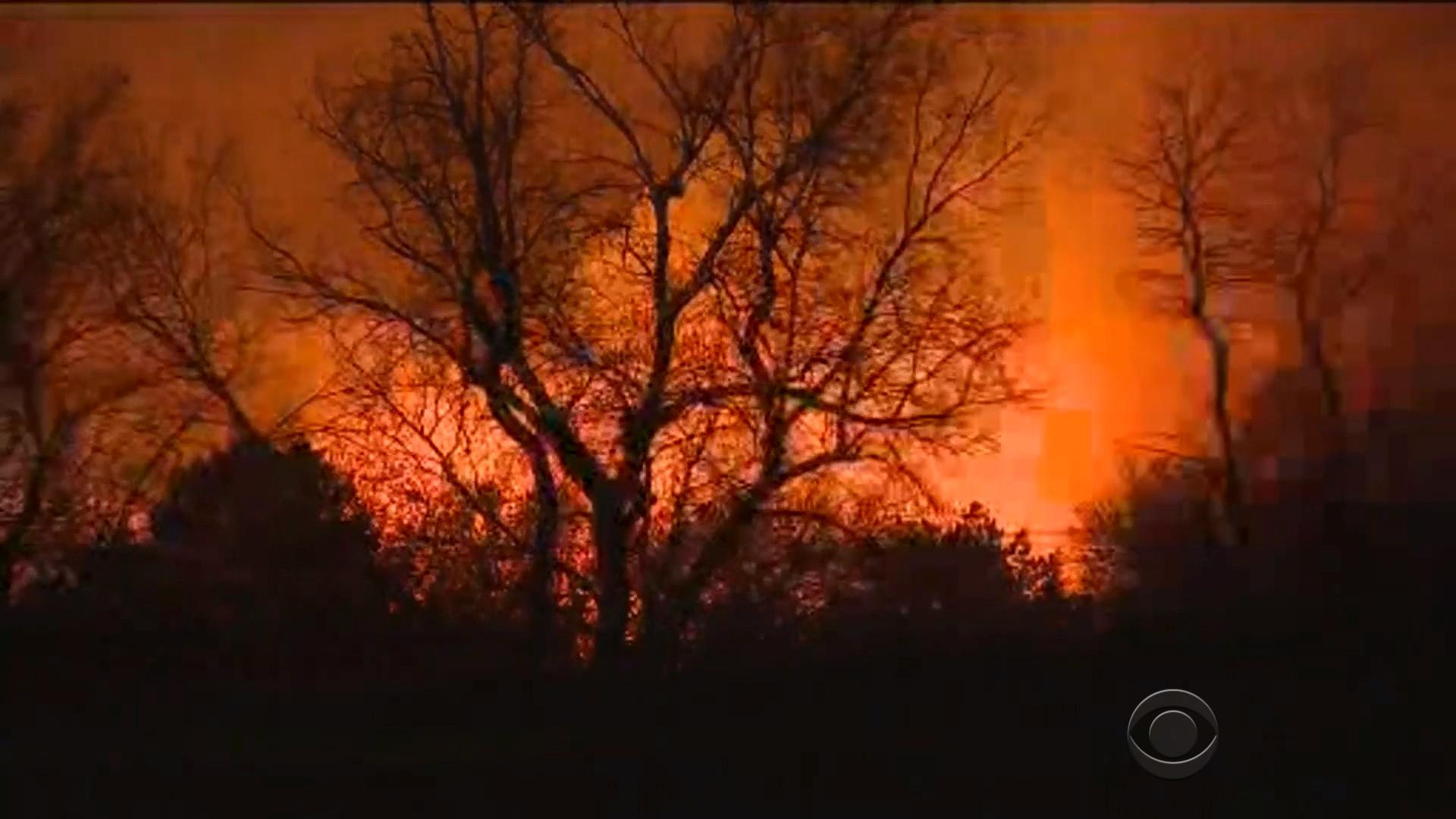 At least six people have died, more than a million acres have burned -- and thousands have been forced from their homes.

Deadly wildfires are sweeping across four states in the southern Plains. Heavy winds and dry brush are making these fires harder to contain, even with help from the air.

“Extreme fire behavior and the dryness of fuels” is what is making the fire so hard to fight, says Drew Baily of the U.S. Forestry. “Normal firefighter tactics are proven unsuccessful.”

In the Texas panhandle, four people died, including two young ranch hands. Sydney Wallace and Cody Crockett died trying to save their cattle.

Along the border of Kansas and Oklahoma, the wildfires destroyed dozens of structures, and killed truck driver Corey Holt. His truck jackknifed as he drove it into smoke.

Marty Logan, a former firefighter-turned-stormchaser took us to the fire line where the flames were 70 feet high. He says he chases the storm to “get the word out -- and save people’s lives.”

Just south of the Kansas line, CBS News ran up on a fire crew that has just come into this wide-open area to try and extinguish the flames that have reignited. Despite that the fire appeared to be put out, the wind came and the fire started again within a half hour.

For the most part, the blazes burning in wide open areas, but the people who own this land will tell you it’s not just land - it’s their livelihood.

“You can lose your job but to watch it burn is another thing,” says Jolyn Easterwood, a  24-year-old rancher who’s been helping to evacuate livestock  Last night, flames nearly engulfed her families home.

“This is people’s life that’s on fire -- it’s not just land,” Easterwood says.

One of the best resources being used right now are helicopters, which are actively being used in the firefight. Black plumes of smoke indicate the fire is still raging, and some firefighters are saying the wind is actually pushing the fire to jump a quarter of a mile as it continues to spread.