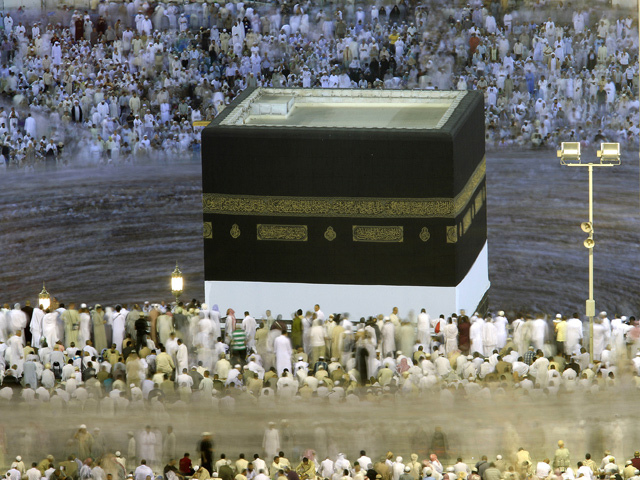 The MERS coronavirus has prompted Saudi Arabia to warn the elderly and others susceptible to the illness to avoid this fall's hajj pilgrimage.

Agence France-Presse reported the The Ministry of Health in Saudi Arabia is recommending certain higher-risk groups postpone the October pilgrimage, including people with weakened immune systems, pregnant women, children, the elderly, and "those suffering chronic illnesses, like heart, kidney, respiratory diseases, and diabetes." The Ministry added the conditions were preventive measures against the MERS coronavirus. The statement did not set an age limit, and it was not clear if Saudi Arabia would not issue visas to such pilgrims, AFP reports.

A virus in the same family as the common cold and the deadly respiratory infection SARS that was behind a 2003 pandemic, MERS has infected at least 82 people since the World Health Organization began tracking cases sincelast September. Forty-five people have died.

Saudi Arabia has been hit hardest by the outbreak, with 66 cases including 38 deaths as of July 12, the Centers for Disease Control and Prevention reported.

Cases have also been reported in Jordan, Qatar, Tunisia, and the United Arab Emirates, as well as several European countries among travelers who had recently been in the Middle East.

A June study of the new virus, published in the New England Journal of Medicine, found the MERS virus deadlier than SARS,which killed some 800 people in 2003. Compared to SARS' 8 percent death rate, the fatality rate for MERS in an outbreak at a Saudi Arabia health care facility was about 65 percent.

The World Health Committee in early July created an emergency committee to address additional issues that may occur if the disease spreads rapidly.

U.S. travelers to these regions are encouraged to wash their hands often with soap and water or an alcohol-based hand sanitizer, according to the CDC. They are also asked to avoid contact with sick people, and contact their health providers if they are experiencing respiratory illness like cough or shortness of breath after traveling from countries in or near the Arabian Peninsula.

The CDC said in late June that therisk in the United State was still "low,"pointing out Europe has more travelers to the region. But U.S. health officials continue to monitor the MERS outbreak.