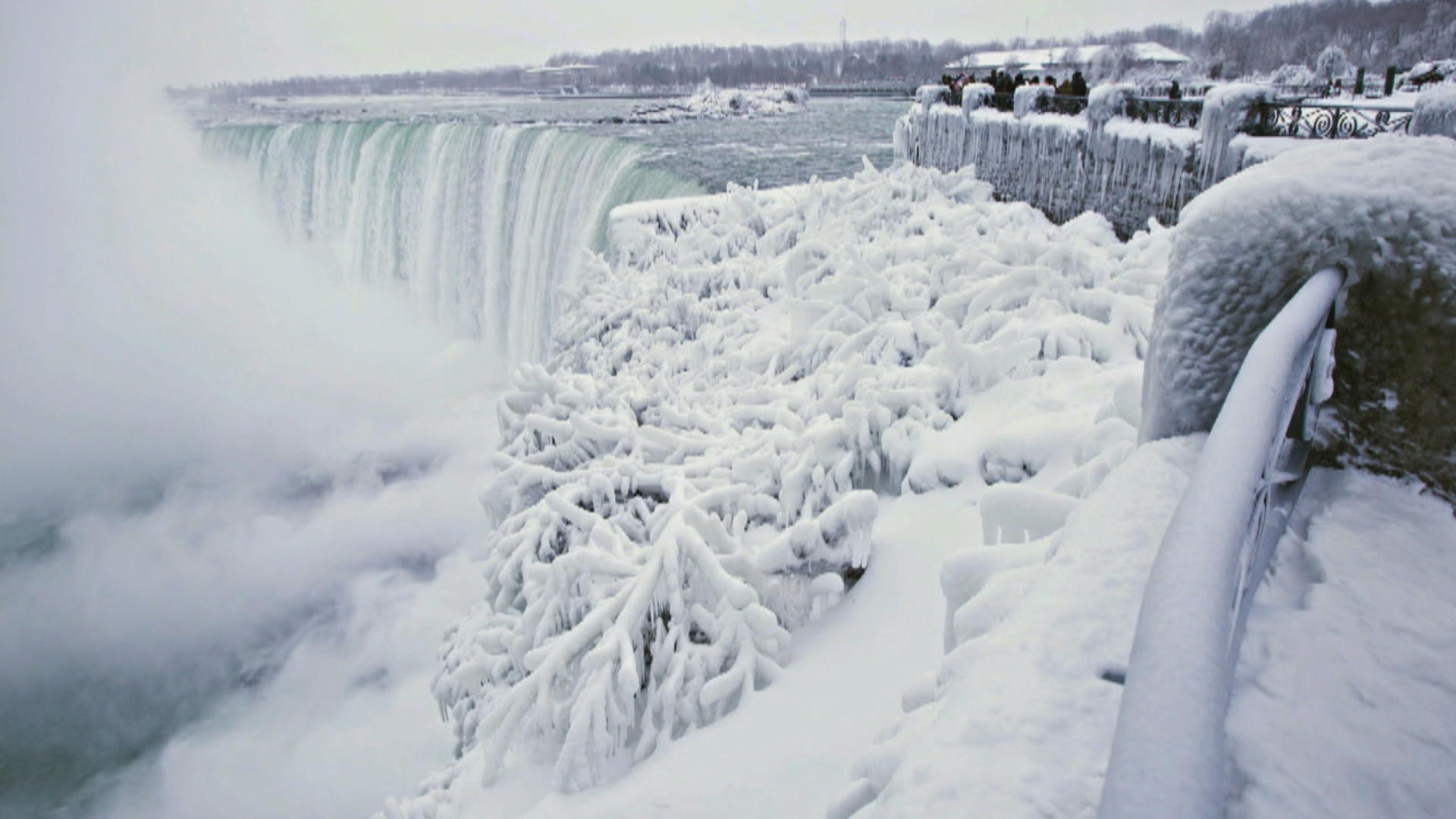 Millions of Americans woke up Tuesday in a dangerous deep freeze. Wind chills in most of the country are plunging far below normal -- all the way down to south Texas, where it feels like -10 degrees in Amarillo. At least five deaths, including two in Milwaukee and three in Chicago, are being blamed on the cold.

The wind chill in Dubuque, Iowa, hit -31 overnight. In Pittsburgh it felt like -8 degrees and in Boston -11. Parts of New York state had intense lake effect snowfall. In the town of Mexico, along Lake Ontario north of Syracuse, 16 inches fell Monday night.

If the arctic blast continues, some locals predict Niagara Falls could be completely frozen by the end of the month. Thick mist and a bone-chilling freeze have already turned parts of it into ice. On the Canadian side, the area around the Horseshoe Falls has been frozen solid for days.

From coast to coast, bitter cold is gripping the country.

In Texarkana, Arkansas, the intense cold froze a fountain from top to bottom. In Washington state, near the Canadian border, a powerful ice storm took down power lines and damaged more than 30 poles. And in Apex, North Carolina, three hunters had to be rescued after icy water their boat had just broken through froze again.

The frigid temperatures are also causing problems for emergency crews. In Washington D.C. Monday, firefighters used a flare to try and thaw a frozen ladder. In New York City, a fire in the Bronx early Tuesday sent residents fleeing into the pre-dawn chill. And in Nahant, Massachusetts, firefighters covered in ice worked to put out a house fire but found water in some of their hydrants frozen.

"The water freezes on our equipment, on our air packs and on our masks," said Nahant fire chief Michael Feinberg.

The icy weather didn't stop hundreds of New Year's Day revelers from diving head first into 2018. While some places called off their annual Polar Bear Plunge, in Coney Island, New York, the 115-year-old tradition continued in the 37-degree waters of the Atlantic Ocean. Temperatures outside the water hovered around 17 degrees – nearly 35 degrees colder than last year.

Some schools in New England, the South, and Midwest were delayed or canceled Tuesday because of the cold. The National Weather Service warns it takes just minutes to get frostbite in these temperatures.