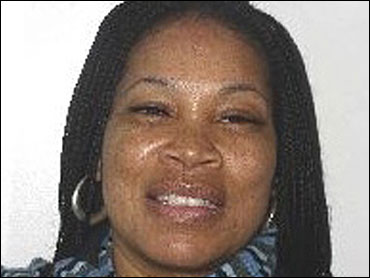 A transit operator on the job about three months in the nation's capital had just started her shift and took over an older train that federal safety officials had warned years earlier should be replaced.

The operator of the train that barreled into the stopped cars was Jeanice McMillan, 42, of Springfield, Va., who was hired in January 2007 as a bus driver. She was tapped to become a train operator in January 2009, the National Transportatio Safety Board said. McMillan completed training and began working as an operator in March.

Metro spokeswoman Candace Smith said there has been no indication that McMillan was sending text messages or talking on a cell phone, which contributed to passenger train crashes in other cities, though federal investigators were checking her phone records.

McMillan occasionally slept at the office if she couldn't catch a ride home after her shift ended, said Iyesha Thomas, a Metro employee who worked with her, and she was finishing up her work week. While investigators have not suggested fatigue played a part in the crash, they were reviewing McMillan's schedule in the days leading up to the crash.

"There is no evidence whatsoever that this driver has done anything to cause this accident," Metro General Manager John Catoe said Tuesday.

The NTSB strongly urged Metro years ago to do away with the 300 outdated 70s-era train cars left in its system, including the one that crumpled on impact Monday, killing nine people inside, reports CBS News transportation correspondent Nancy Cordes.

But replacing the cars would have cost a billion dollars and the strapped system was not required to follow NTSB recommendations.

About eight miles down the red line track, another train was stopped. In the blink of an eye, the trailing train, under automated control, slammed into the stopped one and jackknifed violently into the air, falling atop the first. More than 70 injured in Monday's crash.

"It was only a split second," said 20-year-old Jamie Jiao of Vienna, Va., who was aboard the moving train, sitting just a few feet from where the car was smashed. "We were probably traveling pretty fast. No one had time to react."

Now investigators are trying to find out why the train didn't stop, even though officials say there was evidence that the operator tried to slow her car before impact.

"We found on scene that some evidence indicated that the brakes might have been applied. That was a mushroom, emergency mushroom button found depressed at the operator's console and also physical evidence on the brake's rotors. They were consistent with an emergency brake application," Debbie Hersman, an investigator with the NTSB, told CBS' The Early Show Wednesday.

Emergency brake controls are referred to as "mushrooms" on transit trains, protruding from the operator's console so they can be slammed down with a swift slap of the palm.

Debbie Hersman told the Associated Press Tuesday it wasn't clear when the button was pressed or how it got that way. Much on the train, including toggle switches and other controls, could have been disturbed in the crash, she said.

Safety officials also are investigating a passenger's statement that the train had stopped briefly then started again before the accident.

As is typical of rush-hour trains, the moving train had been operating under automatic control, but the computerized system failed to avert the approaching crash. The transit agency tried to assure riders their trains were still safe and all were running on manual control Tuesday as a precaution against computer malfunction.

When the train is in automatic mode, the operator's main job is to open and close the doors and respond to emergencies.

The crash occurred near the D.C. and Maryland border, in an area where higher train speeds are common because there is a longer distance between stops. Trains can go 55 to 59 mph, though it was not clear how fast the train that crashed was traveling.

The horror of the worst disaster in the system's 33-year history shocked the Washington region, where the Metro system is an integral part of the economic and social fabric.

The cars in the moving train were some of the oldest in the transit network, dating to the founding of the system in 1976.

Hersman told The Associated Press that the NTSB had warned in 2006 that the old fleet should be replaced or retrofitted to make it better able to survive a crash.

Neither was done, she said, which the NTSB considered "unacceptable."

Catoe said the agency expected to receive proposals "over the next month or so" to replace the old cars, but new trains were still years away from being installed. He insisted the existing cars were safe.

This isn't the first time that Metro's automated system has been questioned. There was a close call in 2005 because of signal troubles in a tunnel under the Potomac River. Signal relays that control trains were replaced after a serious safety warning in May 2000 by the Federal Railroad Administration. The only other fatal crash was in 1982, when three people died in a derailment.

Catoe described the aftermath as "one that no one should have to see. It was unbelievable destruction."

Later Tuesday, his voice choked with emotion as he addressed hundreds of employees at a prayer vigil, said his agency would find out what happened and solve whatever problem caused it.