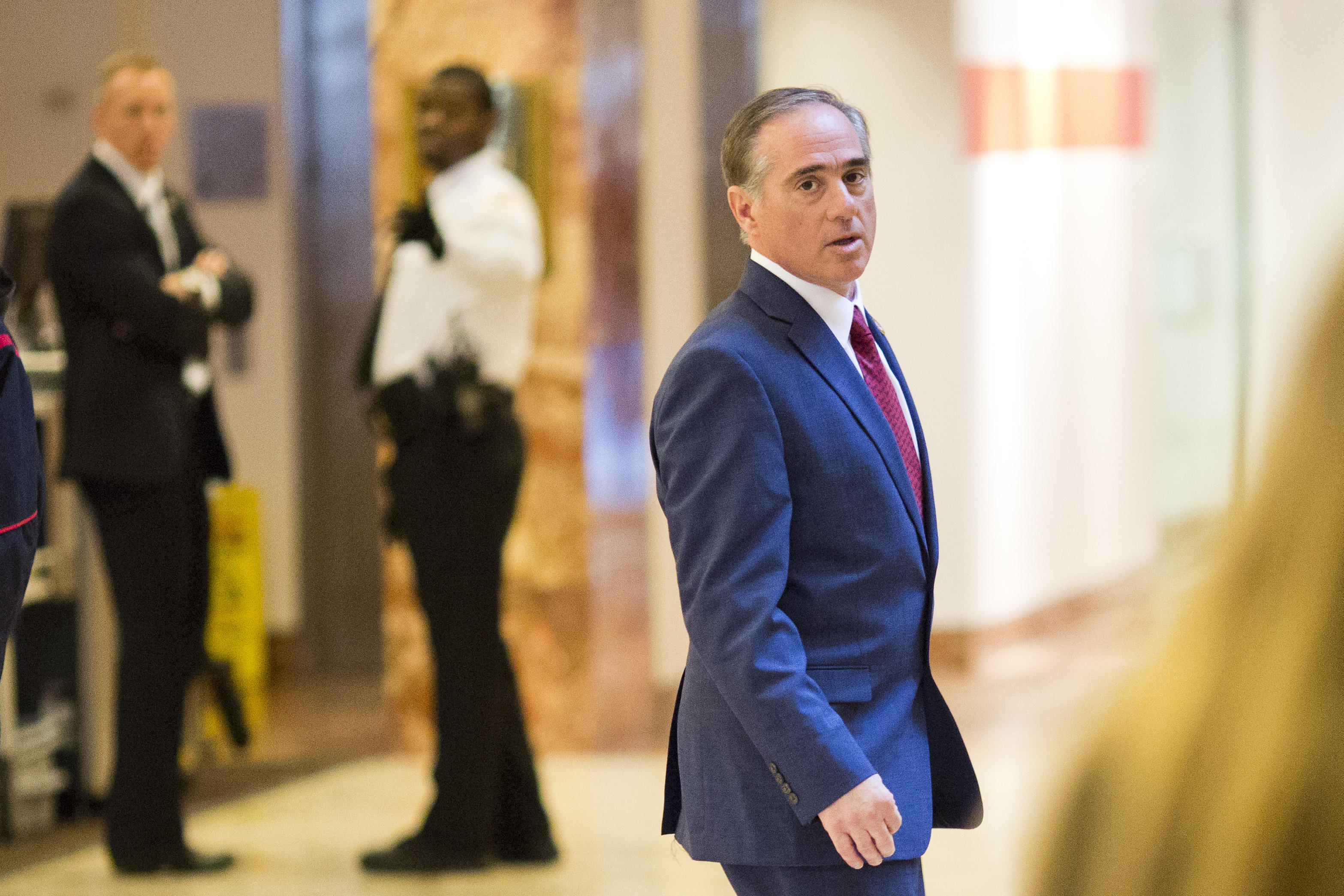 WASHINGTON -- President-elect Donald Trump on Wednesday tapped the Department of Veterans Affairs’ top health official to lead a beleaguered agency struggling to meet the health needs of millions of veterans.

David Shulkin, a former president of the Morristown Medical Center in New Jersey, emerged after an extended search for a secretary to put in place the broad changes pledged by Trump. During the presidential campaign, Trump described the VA as “the most corrupt agency” and “probably the most incompetently run agency.”

Trump announced Shulkin’s selection at a wide-ranging news conference in New York and said he had interviewed at least 100 people for the job. “We’re going to straighten out the VA for our veterans. I’ve been promising that for a long time,” Trump said.

Shulkin, as undersecretary for health, manages a government-run system responsible for 9 million military veterans in more than 1,700 facilities. He took that job in 2015, charged with improving wait times for medical care following the 2014 scandal involving long waits at the Phoenix VA medical center.

“We are both eager to begin reforming the areas in our Veterans Affairs system that need critical attention, and do it in a swift, thoughtful and responsible way,” Shulkin said in a statement released by Trump’s transition team.

The choice is likely to soothe some of the largest veterans organizations. They have praised steps taken by VA Secretary Bob McDonald and feared that other possible picks to head the agency might push for greater privatization.

Shulkin spent more than two decades in hospital management. He also served as president and CEO of the Beth Israel Medical Center in New York and chief medical officer at the University of Pennsylvania Health System and Temple University Hospital in Philadelphia.

He is likely to embrace a more modest approach to changes at the VA, having expressed support for closer ties with the private sector but opposing full privatization as undesirable.

“We’re pleased with this decision,” said Joe Chenelly, national executive director of AMVETS. “We’ve been saying all along and continuity is important at the VA, and Dr. Shulkin definitely understands the problems at the VA.”

If confirmed by the Senate, Shulkin would lead the government’s second-largest agency with nearly 370,000 employees and an annual budget of nearly $167 billion.