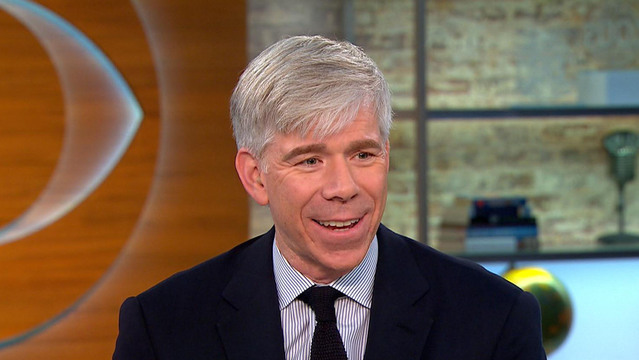 For the first time since his public departure from NBC News last August, former White House correspondent and "Meet the Press" moderator David Gregory is breaking his silence saying, "I don't miss NBC."

"I don't miss being there. It was just the wrong atmosphere for me," he said Wednesday on "CBS This Morning."

After a 20-year career, Gregory describes his ouster as publicly humiliating and a situation that was handled poorly by the news network.

Ahead of his departure, rumors began to swell in the press.

Initially, NBC president Deborah Turness stood behind Gregory, but eventually leaks reportedly coming from within NBC became too much to quell.

Gregory was on his way to pick up his kids from summer camp in New Hampshire when he received a phone call from an NBC News exec telling him his run on "Meet the Press" was, in fact, over.

He also learned that he would not be moderating a final show, for what Gregory said was fear he might put the network through another "Ann Curry moment."

"NBC was concerned that if they let me have a last show to thank the audience that I was going to somehow go after them," he said. "They wanted to avoid that. That was never going to happen. So they leaked the fact that they had made a decision for me to go."

According to the Washingtonian, a $4-million severance agreement does not allow him to discuss the parting of ways, but Gregory said he was not going to be fired at that moment.

"But I felt like I was going to be," he said. "I had said to NBC, 'You know, look, if you don't shore me up, this is Washington, there's blood in the water, if you don't shore me up, because leaks that are coming from within NBC are very hurtful to me, it's getting in the way of what we're trying to do for the show, so if you're not prepared to do that - and they were not prepared to shore me up, over the longer term - then I felt it was time for me to go."

But Gregory recognizes reaction from within the organization, as well as response from the public, stems from how he carried himself among his colleagues.

"I didn't think enough about communicating to people, 'Hey if I'm doing well, you're doing well. We're doing this together,' and I think some people were not unhappy to see me get some comeuppance," he said.

The events, as they unfolded, ended up being one of the journalist's biggest tests of the faith that he had been working privately to find and nourish.

Now, his quest for a more meaningful and spiritual life is at the center of his new book, "How's Your Faith?" (Published by CBS-owned Simon and Schuster).

"In a moment like that, it was a real moment of testing," he said. "It was not the beginning of my faith journey, but it was a moment to say, 'Well then who do I want to be in this moment, for my kids? What is God expect of me in this moment? Who do I ultimately want to be? And that's where I tried to stay above the fray and express my thanks to the audience."

Gregory grew up with a strong sense of Jewish identity, but said it was not until being confronted by his Protestant wife, Beth Wilkinson, that he fully pursued his religious journey.

He writes in the book, "When Beth pressed me for more depth about my faith, I didn't have a clear answer. 'I know what you are,' she would say, 'but what do you believe?'"

"I think I was selfish in this regard that I didn't recognize what a big sacrifice that was to give up her traditions and to share that with our kids and it's something I've tried to recognize over time," he said.