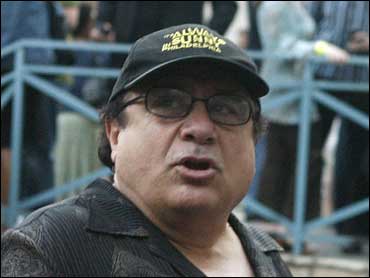 It's obvious that Danny DeVito loves to eat. Now he has a restaurant to call his own.

The actor has opened DeVito South Beach, an Italian chop house on trendy Ocean Drive. The signature meal: a $325 trio of steaks from Japan, Australia and the United States that serves three people.

DeVito had a hand in developing the classic-meets-contemporary Italian menu, focused on prime meats and fresh seafood.

"Fish is really big for me - sushi, a nice branzino or spigola (sea bass). Or pasta with some great cheese like pecorino or romano with some prosciutto or salami," he said. "If you haven't noticed, I'm not one to pass up a meal."

The restaurant grew from a conversation between DeVito and South Florida financier Michael Brauser on the Greek island of Santorini, where the actor was vacationing with his wife, actress Rhea Perlman.