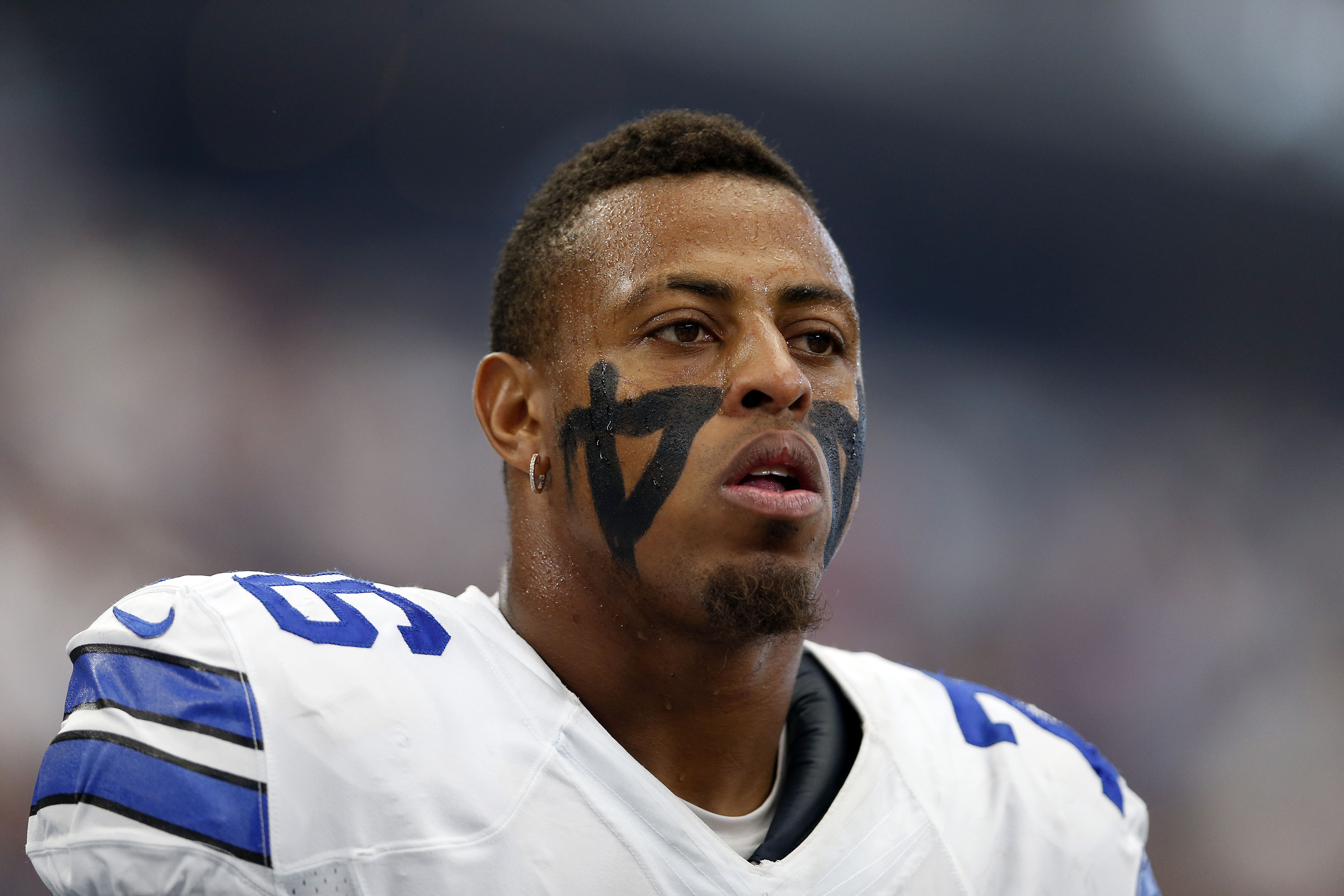 IRVING, Texas -- Dallas owner Jerry Jones showed support for Greg Hardy on Friday after photos of the bruised ex-girlfriend from the defensive end's domestic violence case were released by Deadspin.

Jones said the team hadn't seen the photos before signing Hardy to an incentive-laden $13 million free agent contract in March.

"While we did not have access to the photos that became public [on Friday], we were and are aware of the serious nature of this incident," Jones said in a statement, CBSSports.com reported. "We as an organization take very this seriously. We do not condone domestic violence."

As he was leaving the locker room Friday, Hardy ignored a reporter who asked repeatedly if he wanted to address the release of the photos showing various injuries to Nicole Holder.

Deadspin didn't say how the photos were obtained, and the website's account included some previously unreported details from police reports.

Hardy was convicted by a judge over the 2014 incident in North Carolina, but the case was tossed on appeal when Holder couldn't be located to testify. The incident was expunged from Hardy's record this week. Prosecutors have said Holder reached a financial settlement with Hardy.

The NFL sued for access to some of the photos used at Hardy's trial, eventually reaching a settlement. The league suspended him for 10 games while saying that evidence suggested Holder "was severely traumatized and sustained a range of injuries."

Hardy's suspension under the NFL's personal conduct policy was reduced to four games by an arbitrator. He has played three games for the Cowboys (2-5), who have lost five straight games going into a home game against Philadelphia (3-4) on Sunday night.

Before his Dallas debut against New England, Hardy made headlines again with comments about Tom Brady's wife. He also caused a stir with an inappropriate tweet about the Sept. 11 terrorist attacks during this year's draft.

When the Cowboys gave up a decisive kickoff return in a loss to the New York Giants two weeks ago, Hardy barged into special teams coach Rich Bisaccia's huddle before the next kickoff and had a physical confrontation with the assistant coach.

Through it all, Jones has supported Hardy.

"We entered into the agreement with Greg fully understanding that there would be scrutiny and criticism," Jones' statement continued. "We have given Greg a second chance. He is a member of our team and someone who is grateful for the opportunity he has been given to move forward with his life and his career."

Hardy missed the last 15 games with Carolina in 2014 because of the domestic case but still collected his $13 million salary. He was accused of choking and grabbing Holder and throwing her on a futon that had at least four semi-automatic rifles on it.

The NFL announced a tougher personal conduct policy in August 2014, three months after Hardy's incident and following widespread criticism over its handling of the domestic case involving Ray Rice.

The former Baltimore running back was suspended two games after his arrest for assaulting his then-fiancee on an Atlantic City casino elevator, but before video surfaced on his punch that knocked her out.

The league waited to gain evidence from Hardy's case before suspending him, but arbitrator Harold Henderson ruled the 10-game ban was too long because the tougher policy had established six games as the initial punishment in domestic cases.