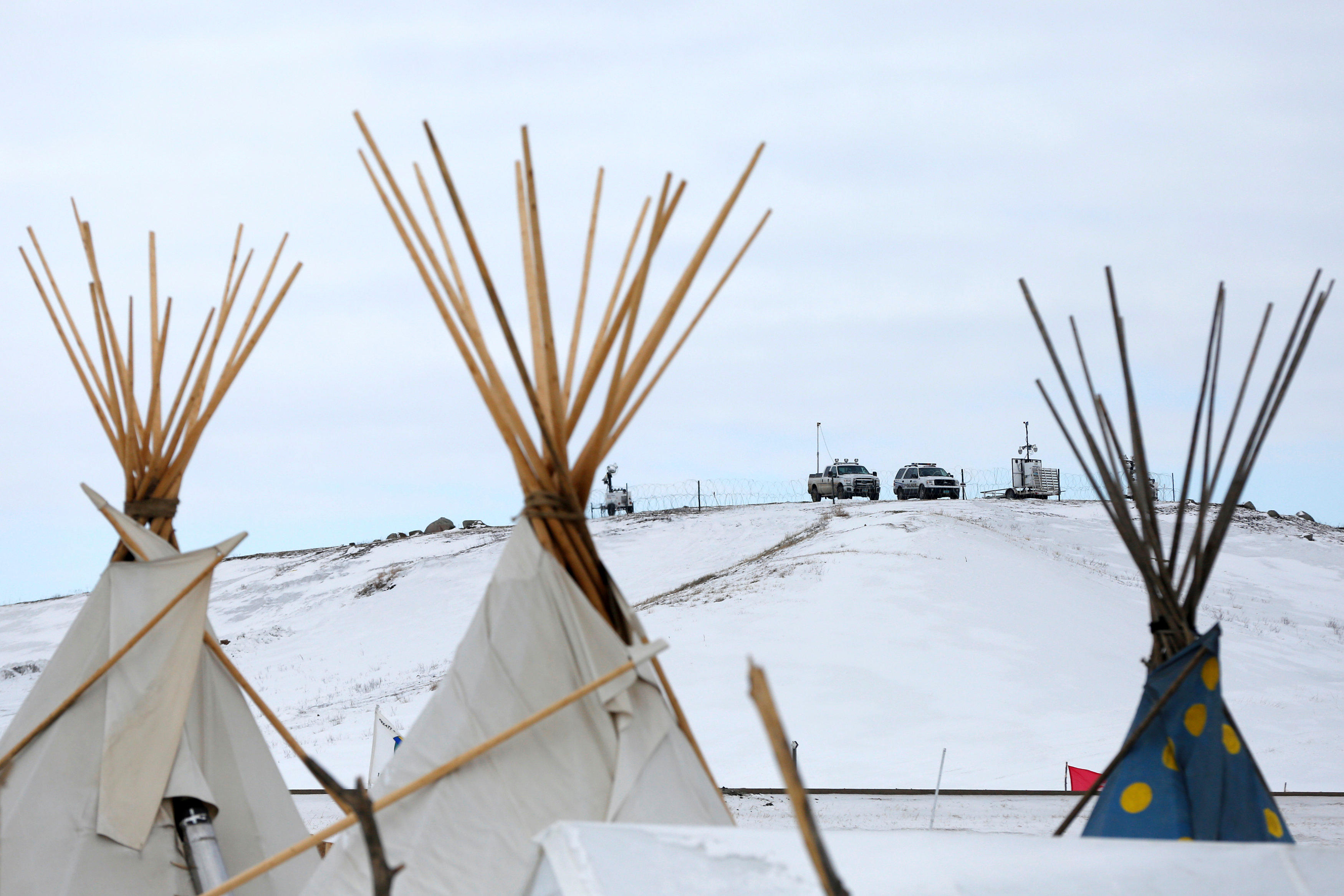 CANNON BALL, N.D. -- Construction of the Dakota Access pipeline under a North Dakota reservoir has begun and the full pipeline should be operational within three months, the developer of the long-delayed project said Thursday, even as an American Indian tribe filed a legal challenge to block the work and protect its water supply.

Workers had already drilled entry and exit holes for the crossing, and oil had been put in the pipeline leading up to the lake in anticipation of finishing the project.

“The estimate is 60 days to complete the drill and another 23 days to fill the line to Patoka,” Granado said, referring to the shipping point in Illinois that is the pipeline’s destination.

Work was stalled for months due to opposition by the Standing Rock Sioux and Cheyenne River Sioux, as well as a prolonged court battle between the developer and the Army Corps of Engineers that oversees the federal land where the last segment of the pipeline is now being laid. President Trump last month instructed the Corps to advance pipeline construction.

The tribes’ lawsuit filed last summer maintains that the pipeline project threatens their water and cultural sites. It’s been on hold while the river crossing dispute has played out. The Cheyenne River Sioux on Thursday told Boasberg that it also wants to make a claim on freedom-of-religion grounds.

“The sanctity of these waters is a central tenet of their religion and the placement of the pipeline itself, apart from any rupture and oil spill, is a desecration of these waters,” Ducheneaux wrote.

Standing Rock Sioux attorney Jan Hasselman has said that tribe will also try to block the lake crossing in court, with likely arguments that further study is necessary to preserve tribal treaty rights and that it’s part of the legal process for the company to obtain final permission to finish the pipeline.

An assessment conducted last year determined the river crossing would not have a significant effect on the environment. However, the Army decided in December that further study was warranted to address tribal concerns.

The Corps launched an environmental impact study on Jan. 18, but Mr. Trump signed an executive action six days later telling the Corps to allow the company to proceed with construction. Legal experts have disagreed on whether the Army can arbitrarily change its mind because of the change in White House administrations.

An encampment near the construction site has drawn thousands of protesters since April in support of the Standing Rock Sioux, leading on occasions to clashes with law enforcement and hundreds of arrests.

Granado said she was not aware of any incidents involving pipeline opponents in the area. The Morton County Sheriff’s Office also said it had not responded to any incidents.

Tribal Chairman Dave Archambault said in a statement late Wednesday that the tribe is prepared to keep up the battle “in the courts.”

“We will continue to fight against an administration that seeks to dismiss not only our treaty rights and status as sovereign nations, but the safe drinking water of millions of Americans,” the chairman said.

The tribe fears a leak in the pipeline could contaminate drinking water at its reservation that is just downstream from the proposed Missouri River crossing.

In a statement Wednesday, North Dakota Gov. Doug Burgum urged “cooperation and restraint” from all parties and requested federal law enforcement assistance to keep the peace during construction that would transport North Dakota oil across four states to a shipping point in Illinois.

Protesters rallied in several cities across the country Wednesday. Demonstrators in Chicago targeted a bank. Others went to an Army Corps of Engineers office in New York City but were asked to leave when they started filming without a permit. Several people were arrested for blocking public access to a federal building in San Francisco.

Joye Braun and Payu Harris, two pipeline opponents who have been at the North Dakota encampment that’s been the focus of the pipeline battle since April, said in an interview at a nearby casino that there’s frustration but also resolve in the wake of the Army’s decision.

The tribe maintains the decision violates its treaty rights, and its attorneys have vowed to keep fighting in court.

The Corps has notified protesters still at the encampment that the government-owned land will be closed Feb. 22. But according to Harris, a new camp is being established on private land.

“This is not over. We are here to stay. And there’s more of us coming,” he said.

An assessment conducted last year determined the river crossing would not have a significant effect on the environment. However, the Army in December decided further study was warranted to address tribal concerns.

The Corps launched an environmental impact study on Jan. 18, but Mr. Trump signed an executive action six days later telling the Corps to allow the company to proceed with construction.