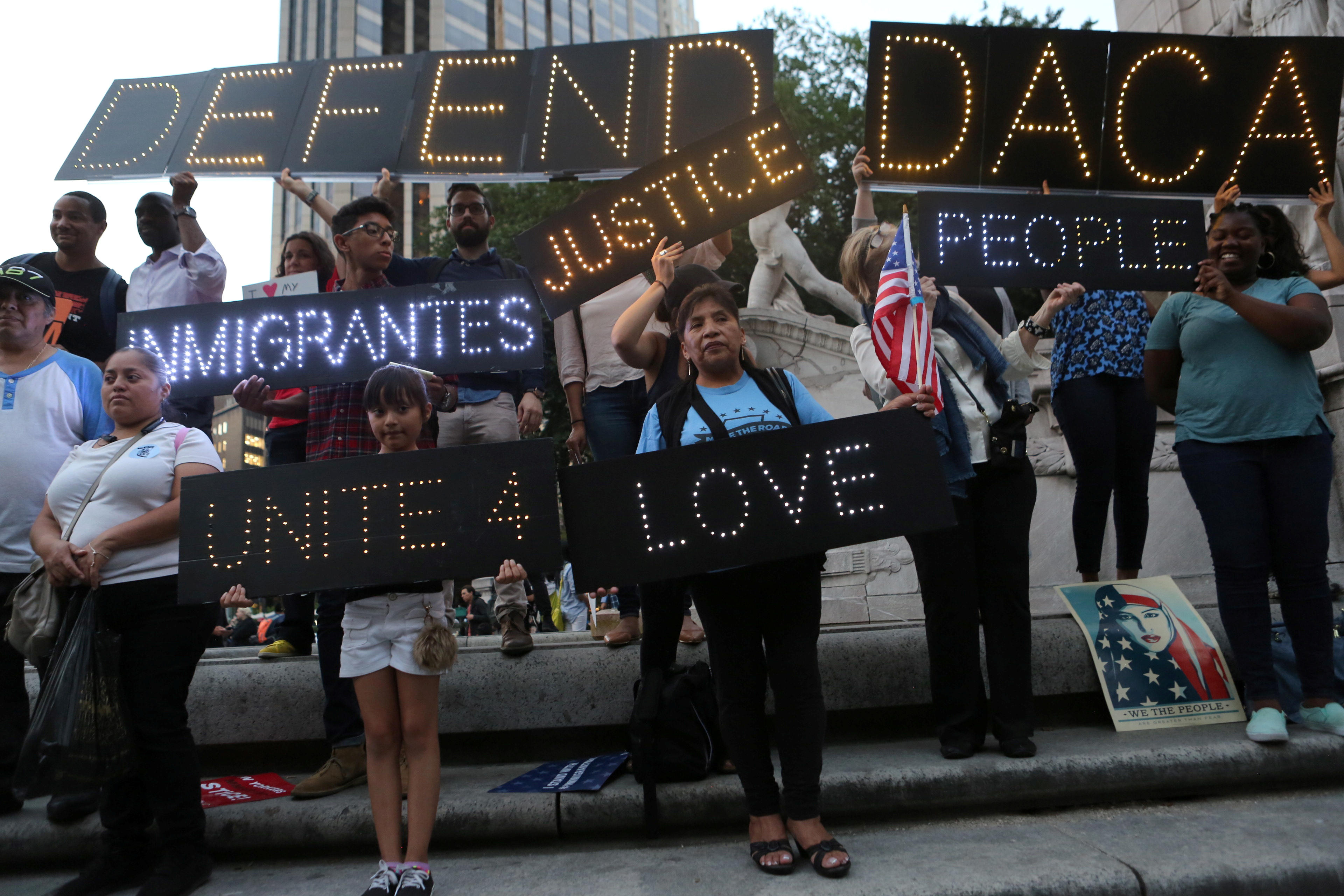 The Trump Administration is still reviewing an Obama-era program that gives protection to immigrants who have come into the United States illegally as children, according to White House press secretary Sarah Huckabee Sanders who was asked about it during Thursday's press briefing.

"A final decision on that front has not been made ... and when it is, we will certainly inform everybody in this room," Sanders said.

The Reuters news agency reports that a senior administration official said Thursday that President Trump was expected to rescind the Deferred Action for Childhood Arrivals, or "Dreamers," program that went into effect in 2012.

The official also told Reuters that a decion could be made as early as Friday, but could also come next week.

Sanders said that it would be disingenuous to offer a timeline and that DACA remains under review from a legal standpoint. She told the room of reporters that Mr. Trump stands by his previous statement that he will treat the manner with heart.

"There are a lot of components that need to be looked at," Sanders explained. "I'm not going to get ahead of something and be presumptuous ... we don't know when the final review will be completed. It would be disingenuous of me to create a false timeline that isn't workable."

CBSN political contributor Ed O'Keefe said Thursday evening that Mr. Trump will most likely phase the program out at some point.

"Tomorrow [Friday] may be the day that the official announcement is made," O'Keefe told CBSN's Elaine Quijano. "Just because Sarah Huckabee Sanders says it's not going to happen, doesn't mean it won't happen. She's been proven wrong by her boss before."

"There has to be something announced or signaled by [Sept.] 5, so if not Friday, then probably Monday or Tuesday," O'Keefe added. "And all presumptions are is that the program will wind down."

O'Keefe points out that this program is "fraught with real emotional firepower" and very tricky for many Republicans who represent districts with heavy Latino populations. "It just shows you how challenging September is going to be for Washington," O'Keefe said.

Meanwhile, a bipartisan group of mayors across the U.S. are calling on Mr. Trump not to end DACA.

The group represents the U.S. Conference of Mayors and come from cities such as Meza, Arizona, Los Angeles and Providence, Rhode Island. Their statement came at the same time as a DACA National Day of Action, which involved at least 66 mayors across 29 states and Washington, D.C.

"DACA has given hundreds of thousands of hard-working, ambitious young people new hope of building lives in America -- and spared scores of families the heartbreak of separation. We will do everything we can to help at the local level, but the President and Congress should act now to give them the security and peace of mind that everyone deserves," said L.A. Mayor Eric Garcetti.

DACA has deferred deportations for people who entered the U.S. as children, or who were under the age of 31 before June 15, 2012. Applicants must have also continuously lived in the U.S. since June 15, 2007 and come to the U.S. before his or her 16th birthday.