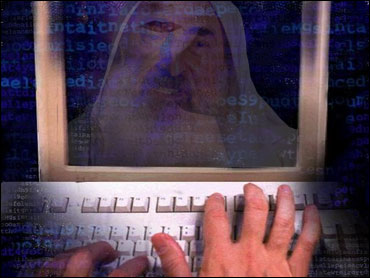 The government's cybersecurity chief has abruptly resigned after one year with the Department of Homeland Security, confiding to industry colleagues his frustration over what he considers a lack of attention paid to computer security issues within the agency.

Amit Yoran, a former software executive from Symantec Corp., informed the White House about his plans to quit as director of the National Cyber Security Division and made his resignation effective at the end of Thursday, effectively giving a single day's notice of his intentions to leave.

Yoran said Friday he "felt the timing was right to pursue other opportunities." It was unclear immediately who might succeed him even temporarily. Yoran's deputy is Donald "Andy" Purdy, a former senior adviser to the White House on cybersecurity issues.

Yoran has privately described frustrations in recent months to colleagues in the technology industry, according to lobbyists who recounted these conversations on condition they not be identified because the talks were personal.

As cybersecurity chief, Yoran and his division — with an $80 million budget and 60 employees — were responsible for carrying out dozens of recommendations in the Bush administration's "National Strategy to Secure Cyberspace," a set of proposals to better protect computer networks.

Yoran's position as a director — at least three steps beneath Homeland Security Secretary Tom Ridge — has irritated the technology industry and even some lawmakers. They have pressed unsuccessfully in recent months to elevate Yoran's role to that of an assistant secretary, which could mean broader authority and more money for cybersecurity issues.

"Amit's decision to step down is unfortunate and certainly will set back efforts until more leadership is demonstrated by the Department of Homeland Security to solve this problem," said Paul Kurtz, a former cybersecurity official on the White House National Security Council and now head of the Washington-based Cyber Security Industry Alliance, a trade group.

Under Yoran, Homeland Security established an ambitious new cyber alert system, which sends urgent e-mails to subscribers about major virus outbreaks and other Internet attacks as they occur, along with detailed instructions to help computer users protect themselves.

It also mapped the government's universe of connected electronic devices, the first step toward scanning them systematically for weaknesses that could be exploited by hackers or foreign governments. And it began routinely identifying U.S. computers and networks that were victims of break-ins.

Yoran effectively replaced a position once held by Richard Clarke, a special adviser to President Bush, and Howard Schmidt, who succeeded Clarke but left government during the formation of the Department of Homeland Security to work as chief security officer at eBay Inc.

Yoran cofounded Riptech Inc. of Alexandria, Va., in March 1998, which monitored government and corporate computers around the world with an elaborate sensor network to protect against attacks. He sold the firm in July 2002 to Symantec for $145 million and stayed on as vice president for managed security services.

There are 35 seats up for election this year, and Democrats are hoping to crack the GOP's slim 53-47 majority in November.