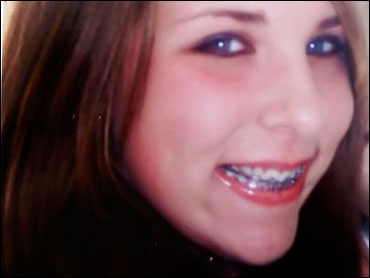 The case of Megan Meier screams out for justice. But to be truly served, justice must based on rationality, not just revenge and emotion. It was disclosed in November that the 14-year-old Missouri girl committed suicide after an adult neighbor - the mother of one of Megan's friends - allegedly carried out a cruel hoax. That mother, Lori Drew, reportedly set up a fake MySpace profile that appeared to belong to a hot-looking teenage boy named Josh Evans. The fake "Josh" initially befriended Megan but later cruelly told her he didn't want to be friends with her. Megan, who had a history of taking antidepressant medication, responded by hanging herself.

She isn't the first child to take her own life as a result of cyberbullying, but this case is bizarre in that the main perpetrator was an adult mom rather than a fellow teenager. Drew's purpose in helping to create the fake profile was reportedly to determine whether Megan had said mean things about Drew's own daughter.

No charges were filed against Drew. In announcing his decision not to prosecute, Charles County, Mo., prosecutor Jack Banas said, "There's no way that anyone could know that talking to someone or saying that you're mean to your friends on the Internet would create a substantial risk."

That decision prompted outrage from Megan's parents and many others.
Officials from Megan's town of Dardenne Prairie wasted no time unanimously passing a statute that makes Internet harassment a local misdemeanor.

Others have called for state and federal legislation to make it a crime to post comments anonymously or under an assumed identity. While I understand the intentions behind the proposed legislation, I worry about such laws in the hands of overzealous prosecutors. What concerns me is the knee jerk reaction to a tragic but extremely infrequent occurrence.

The Megan Meier case, according to Nancy Willard, author of the book "Cyberbullying and Cyberthreats" is exceptionally rare. "The vast majority of situations involve teens harassing or bullying other teens."

The case reminds me how many in the media, along with lawmakers and regulators, reacted to the handful of Internet predator cases reported over the past couple of years. A couple of tragic cases prompted attorneys general from several states to threaten lawsuits against MySpace, Facebook and other social networking sites. There have been media reports about an "epidemic" of predator attacks, yet very few substantiated cases.

Congress held numerous hearings, including one heavily publicized Senate Judiciary committee meeting last fall where teenage victim Alicia Kozakiewicz testified that "the boogey man is real. And he lives on the Net - he lived in my computer and he lives in yours. While you are sitting here, he is at home with your children."

I don't blame Alicia for saying those words. She suffered terrible atrocities at the hands of a brutal rapist. But what happened to her was extremely unusual. In the vast majority of cases, sexual perpetrators and their teenage victims know each other from the offline world. And in the few Internet related exploitation cases we do know about, the teen engaged in some form of risky behavior.

Cyberbullying is not so rare but as we combat the problem, we need to approach it with some common sense. Studies from both the Pew Internet & American Life Project and the University of New Hampshire Crimes Against Children Research Center have shown that about one-third of teens have been victims of cyberbullying and an equal number have bullied or harassed others.

What we need is a national school-based education program that targets this problem head on. Technology experts, psychologists, police, teachers and - most of all - teens themselves need to work together to make it clear to teens that bullying, whether in person or online, is unacceptable and may be dangerous.

Kids need to know it's not cool to act as co-dependents to bullies; if they see it, they should intervene. And everyone needs to be aware that bullying can sometimes lead to tragedy, as in the case of young Megan or 13-year old Ryan Halligan, who took his own life in 2003 after being bullied by classmates.

As we begin a national discussion about bullying and harassment, it's important that we avoid unintended consequences.

We need to be careful to draw the line between harmful harassment and constitutionally protected speech. Just as in the fight against terrorism, those lines can easily be blurred.