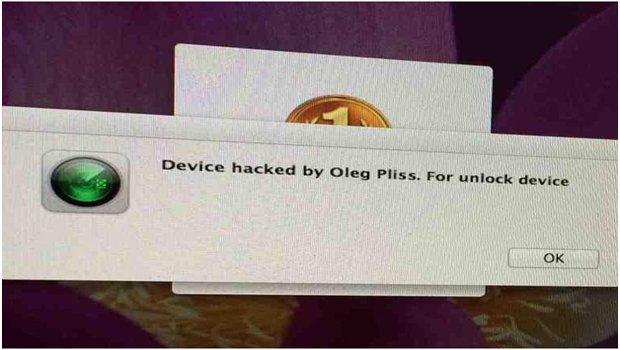 First came reports of a widespread hack of Apple devices in Australia -- the attacker locked the devices remotely and demanded ransom from the owners. Now, CBS Los Angeles reports the scam appears to have reached the U.S.

Earlier this week, many Australian owners of Apple devices began discovering that their iPhones, iPads and Macs had been hacked by someone using the name Oleg Pliss. They were directed to a PayPal account and told to send money to have them unlocked, the Sydney Morning Herald reported.

A majority of victims affected by the hack so far appear to be from Australia, according to an Apple support thread, but there were also owners affected in New Zealand, the U.S. and Canada. One Australian user commented that they had been in London when the threatening message appeared.

"I'm in the U.S. Never been to Australia. Hacked last night by the Oleg Pliss nonsense. Currently restoring to try and get back online," wrote user wheelman2188.

The hacker is reportedly targeting Apple products that do not have passcodes -- allowing for them to use the "Find My iPhone" function to remotely lock the devices.

"I thought it was a joke, and I was like 'Yeah yeah, whatever', and went to open my phone, and nothing," Southern California victim Nathan Sohm told CBS Los Angeles. "The whole reason I got into Apple was to prevent hacks and viruses. And here it is being hacked," he added.

Just like their Australian counterparts, American victims of the hack are being advised to bring in their locked device to an Apple store to be reset. However, this will cause the user to lose everything stored on the device, an employee from a California Apple store told CBS Los Angeles.

On Wednesday, an Apple representative told ZDNET that iCloud was not compromised, and urged users to change their Apple passwords.

"Apple takes security very seriously and iCloud was not compromised during this incident. Impacted users should change their Apple ID password as soon as possible and avoid using the same username and password for multiple services," the company said in a statement.

The cyber attack happened just as Apple is preparing for its annual Worldwide Developers Conference next week. The company reportedly has plans to unveil a new "smart home" control system at the conference.