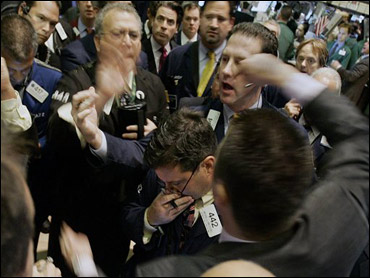 The deal, which the companies described as a "merger of equals," would create a drug benefit manager that can take on retail leader Wal-Mart's growing presence in generic drug sales, analysts said.

Company officials said the deal would create significant benefits for employers and health plans through more effective cost management and new programs, and for consumers through expanded choice and more personalized services.

"Combining Caremark's expertise in serving employers and health plans with CVS' expertise in serving consumers will create a powerful force for change in pharmacy services," said Edwin "Mac" Crawford, Chairman, CEO and President of Caremark, which is based in Nashville.

The new company will be called CVS/Caremark Corp. and will be headquartered in Woonsocket.

The pharmacy services business will stay headquartered in Nashville. Combined 2006 revenue for the companies are expected total about $75 billion, a joint statement said.

The board of directors will be split evenly.

Caremark's Crawford will become the chairman of the combined company and Tom Ryan, his counterpart at CVS, will become president and chief executive.

Glenn Garmont, an analyst with First Albany Corp., said before the official announcement that the deal is spurred in part by the fear that Wal-Mart Stores Inc., the world's biggest retailer, "will emerge as a fierce new competitor following its introduction of selected $4 generic drugs."

Wal-Mart announced last week that it is extending its generic prescription drug plan charging $4 for a one-month supply of 314 different prescriptions. The expansion will make the prices available at 1,008 stores in 27 states.

AT&T, Verizon delay 5G debut near some airports after warning