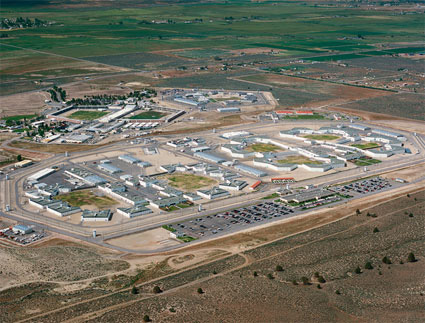 SACRAMENTO, Calif. -- Guards at an isolated state prison have created a "culture of racism," engage in alarming use of force against inmates and have a code of silence encouraged by the union that represents most corrections officers, the California inspector general said Wednesday.

The scathing report calls for management and other changes at High Desert State Prison in the northeast corner of the state.

The months-long investigation was sparked by reports that some guards at the Susanville prison mistreated inmates with disabilities and set up sex offenders for assaults because of the nature of their crime.

The investigation also found evidence of "a culture of racism and lack of acceptance of ethnic differences" among correctional officers, three-quarters of whom are white.

Inspector General Robert Barton said the California Correctional Peace Officers Association advised members not to cooperate and filed a lawsuit and collective bargaining grievance in a bid to hinder the investigation.

The union sent a letter last month to Gov. Jerry Brown and every state lawmaker in what Barton called "the latest strong-arm tactic ... to obstruct the ... review and attempt to discredit the OIG in advance of the release of this report."

The report comes more than a decade after the Department of Corrections and Rehabilitation tried to stamp out a culture in which prison guards protect one another when they witness wrongdoing.

The report says some problems at High Desert evolved because the prison is so physically isolated about 90 miles northwest of Reno, Nevada.

Susanville has fewer than 16,000 people, and High Desert and the neighboring California Correctional Center are its largest employers. Employees form tight-knit social groups known as "cars" that can foster what the report terms "a code of silence" that makes it difficult to report wrongdoing.

The prison's nearly 3,500 inmates won't report abuse because they fear the nearly 1,000 employees will find out and retaliate, while "the staff complaint process is broken," with very few employee complaints investigated, the report found.

"This dangerous staff misconduct has been tolerated for too long," Rebekah Evenson, an attorney representing inmates with the nonprofit Prison Law Office, said in a statement. "The culture of abuse at High Desert endangers prisoners and the prison staff."

She called for the department to create "a strong external monitor" to oversee reforms.