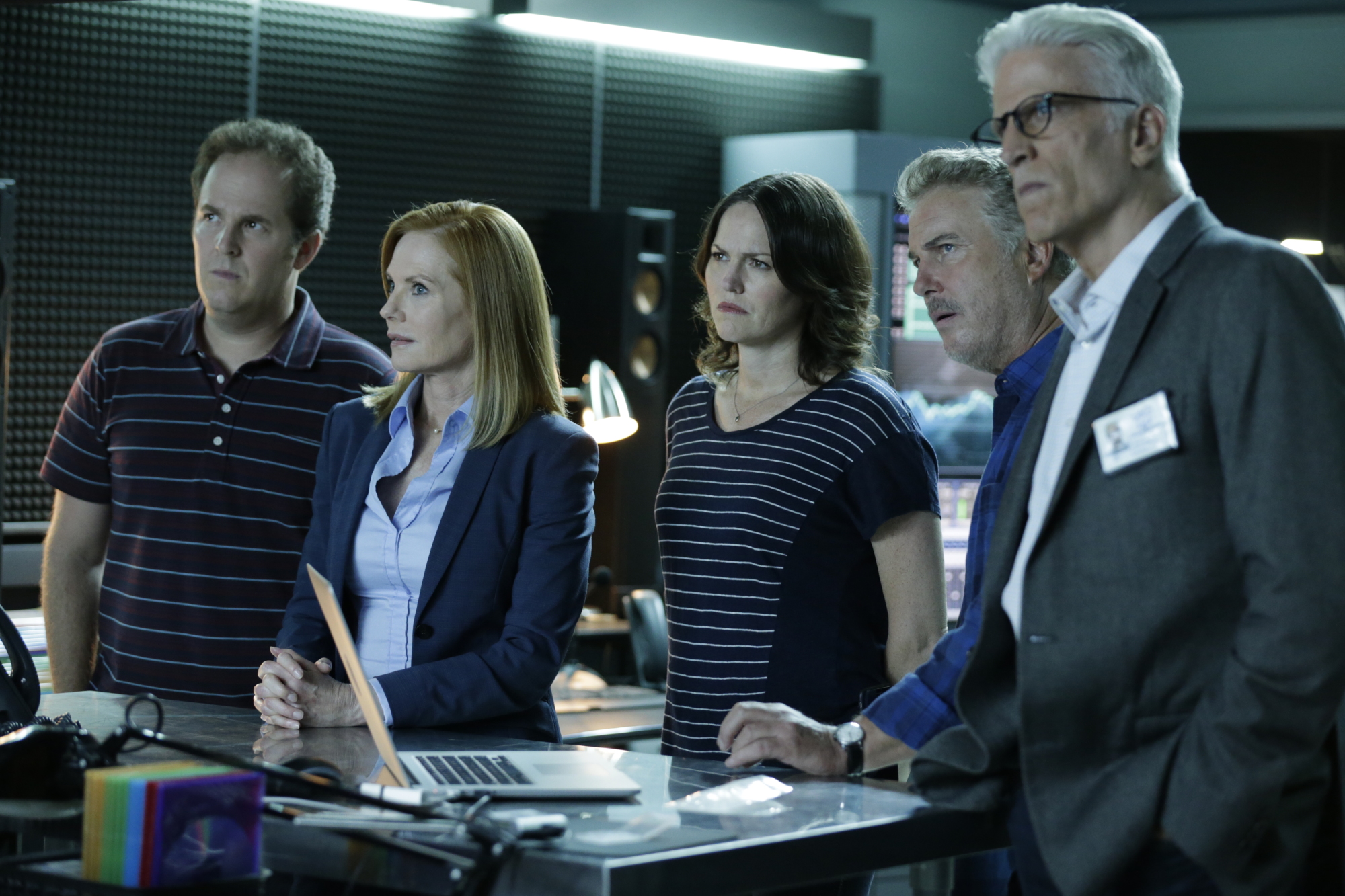 There was scant evidence suggesting it would be a hit.

"CSI: Crime Scene Investigation" was a last-minute pickup by CBS, plugged into a Friday lineup whose widely forecast surefire hit would be a reboot of "The Fugitive," not a quirky little drama dwelling on hair fibers and blood spatter.

"I thought it was never going to succeed," says Jorja Fox. At the time she had a recurring role on "The West Wing" as a Secret Service agent, "but I thought, 'How fun would it be just to take this ride for a little while!' By Christmas, I figured I would be back on `The West Wing.'"

"I figured there would be an audience for it," says William Petersen, "among those people who do crossword puzzles. I never thought the audience would also be everyone who's NEVER done a crossword puzzle!"

Series creator Anthony Zuiker told CBS News earlier this year that he still pinches himself over the success of "CSI." He always loved writing, but never thought he'd make a living out of it. He helped write papers for students at the University of Nevada, Las Vegas -- to "help put them through college" -- and spent time writing poems for guys "to help them get their girlfriends back." That was until the idea for "CSI" came along.

Though set in Las Vegas, "CSI" occupies the world of forensic investigators who solve criminal cases not in the streets or an interrogation room, but in the lab, where the truth reveals itself in the evidence they probe.

Premiering in October 2000, "CSI" was an out-of-nowhere smash. ("The Fugitive" flopped.) But that was just for starters. It would spawn two long-running spinoffs, set in Miami and New York, and recently gave birth to a third, "CSI: Cyber," which now will survive it as the 15-season run of the original "CSI" comes to an end Sunday at 9 p.m. ET.

The two-hour farewell brings back bygone stars including Marg Helgenberger (who played exotic-dancer-turned-investigator Catherine Willows until departing three seasons ago) and Petersen (who headlined for eight-plus seasons as lab boss Gil Grissom).

Petersen recalled that in 2000 he was looking for a TV series, "but I didn't want to play a lawyer, a cop or a divorced dad. 'CSI' was something different, and while we didn't know what it was going to be, we wanted a chance to figure it out."

He got his chance and loved the experience, he says, then moved on in 2008 to pursue theater work. (Now he is joining another series, WGN America's "Manhattan," for its second season starting Oct. 13.)

Being back on the "CSI" set for the finale "was like no time had passed," he says. "It felt like yesterday."

"It was a delight to be back with Billy," says Helgenberger. "We always had great chemistry. He's a funny guy, and I laugh at all his jokes."

But as the series marks the end -- something viewers thought they'd never see -- the inevitable question arises: Why was "CSI" so big, for so long?

This all cemented a period of what Petersen calls "postmodern vagueness," with people doubting themselves and their world and wondering, "What does it mean? What does it matter? Where is the truth?"

"What our show did was give you the truth," he declares. "You can be confused about many things, but this little piece of lint that we found on the floor, you can count on that. Granted, it was just one small truth about one particular case, but it was something you could touch and see and trust in."

"The show had a new way of coming at crime and murder and mayhem," says Ted Danson, who joined the series in season 12 as "D.B." Russell and now is a star of the "Cyber" spinoff. "Taking a scientific point of view on a crime show was new back then, and allowed viewers into the darker side of life in a way that wasn't just cops-and-robbers."

"On pretty much every show we got the guy, thanks to irrefutable science," says Helgenberger. "We made science fun and interesting."

Even now, when science has fallen into disfavor among many -- people for whom what you believe overrules what science proves -- "CSI" still champions the scientific method in the face of its cultural assault.

As Grissom told his colleagues on an early episode: Forget personalities, ambitions and assumptions. "Concentrate on what cannot lie: the evidence," he said. Ever since, hard evidence with its glorious certitude paved the way to enlightenment on "CSI."

The trip ends Sunday, "by offering the fans who've been loyal so long with an opportunity to say goodbye to the people they fell in love with at the start," says Danson, who vows: "It will be very satisfying."

"I still feel a little delirious," says Fox, speaking only a couple of days after wrapping the finale.

"Right now, I really feel maniacally happy about it," she says, having spent most of 15 seasons as forensics scientist Sara Sidle. "I feel like, wow, look at this amazing run we were able to have! And now we've gotten a chance to close the book. That's a very comforting feeling."