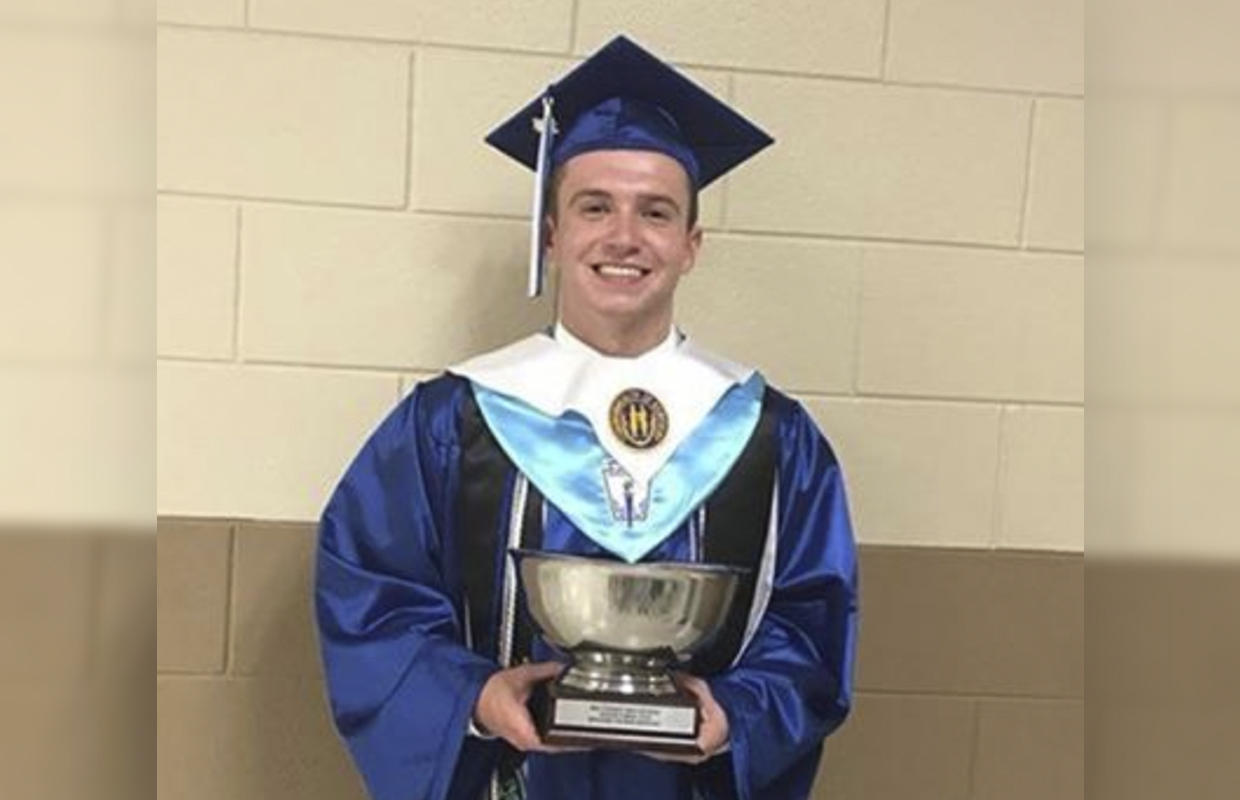 As valedictorian of his high school class, Ben Bowling thought a lot about what he would say in his speech at graduation. The high school senior from Bell County, Kentucky, stepped up to the podium and offered some words of wisdom for his classmates and their families.

"This is the part of my speech where I share some inspirational quotes I found on Google," Bowling said. "'Don't just get involved. Fight for your seat at the table. Better yet, fight for a seat at the head of the table.' – Donald J. Trump."

The crowd erupted with applause. Then Bowling interrupted their cheers.

The 18-year-old said after he revealed it was not Mr. Trump who said the quote, but actually Mr. Obama, the crowd quickly went silent.

Bowling, who graduated on Saturday morning, said he "didn't mean anything bad by it" and thought the moment was lighthearted and funny, the Louisville Courier Journal reports. "I just thought it was a really good quote," Bowling said.

The valedictorian knew that "most people wouldn't like it if I used it, so thought I'd use Donald Trump's name. It is southeastern Kentucky after all."

Kentucky's Bell County, which is located near the Tennessee border, overwhelmingly supported Mr. Trump in the 2016 presidential election, with nearly 80 percent of ballots cast for the Republican, the Courier Journal reports.

Although part of the crowd was shocked that the "Trump quote" they just cheered for was actually said by Mr. Obama, some people thought it was funny.

"Y'all, no lie -- the valedictorian just quoted Trump and everyone cheered ... then he told us that it was actually an Obama quote. Best part of the day. I'm rolling," tweeted Alisha Russell, who was in attendance, the Courier Journal reports.

Bowling's advice to any valedictorian who is going to give a graduation speech: be courageous.

"Try not to be too nervous about it," he told the paper. "For the most part, if you've been successful up to this point, there's nothing to worry [about]."

And Bowling has been successful. The Courier Journal said he earned a 4.216 GPA and will be attending the University of Kentucky, where he hopes to study biology and pursue a medical degree.