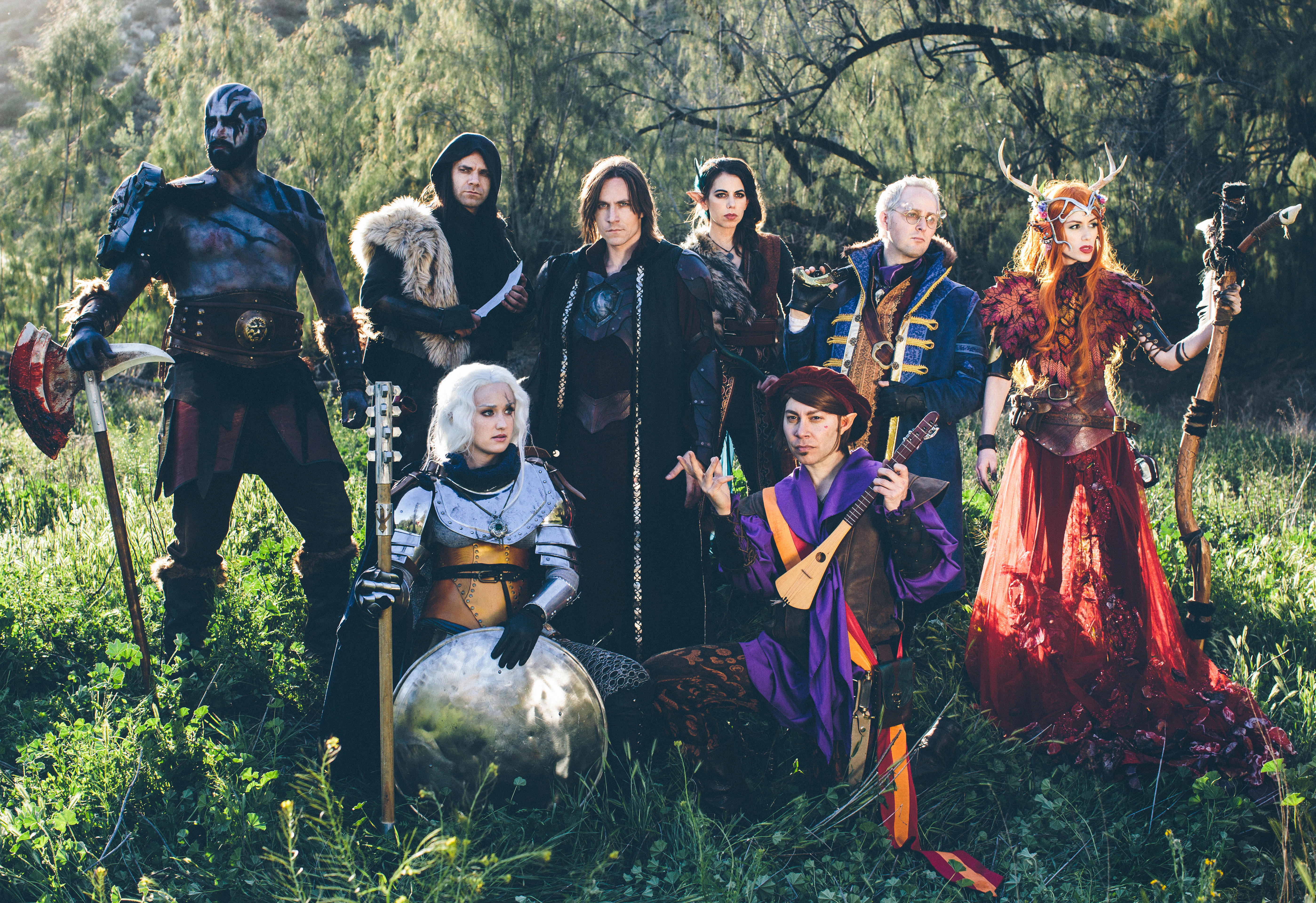 Dungeons & Dragons isn’t just for the social misfits of “Stranger Things” anymore, as the success of “Critical Role” has demonstrated.

Did you know what kind of time commitment a weekly game for the show would be when you signed up?

Matthew Mercer: We expected it and -- to be perfectly honest -- we were kind of excited about it to a certain extent. When we first started this, we weren’t even sure it was going to go anywhere. We were like, “Oh, we’ll give it six weeks and see if it has an audience that has any interest in keeping it around.” Before we did the stream, trying to schedule to play a game would take anywhere from six weeks to two months. So having a weekly game was kind of a cool little benefit of doing this form of streaming. It is a time commitment, but at the same time it’s something we all look forward to each week.

Ashley Johnson: Yes, agreed. That was a huge thing -- just thinking about if people were going to watch it, for one -- but also the added benefit of like, “Oh wow, we get to play together now every week,” and now we almost have to because it’s a job -- and it becomes so much more than that. It sort of consumes all parts of my life in a weird way. Totally fine with that, totally fine with that.

What did you think of the response as far as viewership and interaction with the fans?

AJ: I think we all started very skeptical in a way where we knew we were having such an amazing time playing it but we just didn’t know if that was going to translate. It was scary to begin with, but if nobody watches it, nobody watches it and we’ll go back to Travis and Laura’s living room and we’ll continue to play just with us. And then I think as it went on and consistently we were playing every week, the fanbase started to grow and more people started watching and I think we were all a little bit blown away. It’s one of the coolest and most loyal fanbases I’ve ever been a part of.

How do you go about securing your guests, like Vin Diesel? Do you have any coming up that you’ve already secured?

MM: We don’t want to have guests too often because we don’t want it to be a “guest a week” scenario. The focus is on the main players and their characters and their story. So we’ll bring guests in occasionally. As far as that, it’s a combination of us either reaching out to friends who have expressed interest in genuinely playing. You don’t want to bring in people because they’re popular or they have a big following. We want to bring in people who genuinely want to play D&D with us, you know? We have a few guests lined up for the new year. I will say that one of the guests has never played before is excited -- Jon Heder of “Napoleon Dynamite” fame.

MM: Never played before. Him and his wife have always wanted to, but they’ve watched things and they have friends who play. People who haven’t played before, once they understand how it works, especially people with a performing background, it’s a really easy transition. It’s a wonderful little spark to see in someone’s eyes when all of a sudden that childlike interest in storytelling emerges again.

In a more general sense, what’s it like when you’re talking to someone and you find out they’re into D&D? It’s not something people go around announcing in everyday life.

AJ: Most of the time people will ask me about D&D before I’ve even talked about it, which I think is really interesting. Word gets around.

MM: Dungeons and Dragons has evolved over the years and so has the community that played the game. It had a lot of lingering stigma from the anti-D&D movement of the ’70s and ’80s -- this kind of idea that Dungeons and Dragons is only played by the lowest of the low basement dwellers -- that has kept people from being comfortable talking about it. But I’ve noticed in recent years, so many people you wouldn’t expect are coming out of the woodwork to talk about it. And as soon as that ice is broken, then it turns into the nerdiest conversation -- you’re telling each other about your characters or your old campaign and this really cool boss fight that happened where you saved your two allies -- and it’s just this little wonderful permission that’s now being given in the social space to nerd out about it.