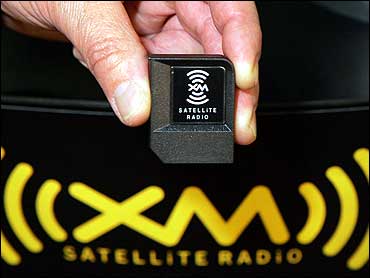 XM Satellite Radio Holdings Inc. posted a much wider loss in the fourth quarter on higher costs for marketing and acquiring subscribers. At the same time, a key director quit over disagreements about the company's direction, warning of a looming "crisis."

XM, the larger of the country's two satellite radio operators, reported Thursday a loss of $270.4 million, or $1.22 per share, after dividends for preferred stockholders, for the October-December period. In the same period a year earlier, the loss was $190.4 million, or 93 cents per share.

Revenue more than doubled to $177.1 million from $83.1 million. Analysts surveyed by Thomson Financial expected a loss of 92 cents per share on revenue of $174.1 million.

This news comes just a week after TV talk show host Oprah Winfrey signed a three-year, $55 million deal with XM to launch a new radio channel beginning in September. Winfrey's new channel on XM will feature personalities that appear on her show and in her magazine including Bob Greene, Dr. Mehmet Oz, and Nate Berkus.

The Washington, D.C.-based company also disclosed in a regulatory filing that Pierce Roberts Jr. has stepped down as a director, citing strategic differences with other board members over the company's direction.

Roberts, a former chief telecom investment banker with Bear Stearns, had served as a director for five years and sat on all of the board's major committees.

In a letter to board chairman Gary Parsons, Roberts said he was "troubled" by the company's current path. "Given current course and speed there is, in my view, a significant chance of a crisis on the horizon," Roberts wrote. "Even absent a crisis, I believe that XM will inevitably serve its shareholders poorly without major changes now."

The company said in a statement accompanying the letter that its management and other directors disagreed with Roberts over how to balance growth versus cash flow, believing that it was important for the long term to keep up its rapid growth rate.

XM and its smaller rivalSirius Satellite Radio Inc., are locked in a vicious, expensive battle to line up listeners and programming for their pay radio services, which currently cost about $13 a month and require a special receiver. Both offer dozens of channels of talk and news as well as commercial-free music.

Both have also racked up significant financial losses as they build their businesses, signing big-ticket contracts for programming with shock jock Howard Stern, Major League Baseball, Oprah and others.

XM's CEO Hugh Panero said in a statement that the company expects to reach profitability from its operations by the end of this year, with subscription revenues reaching $860 million. He also said he expects to have 9 million subscribers by the end of the year.