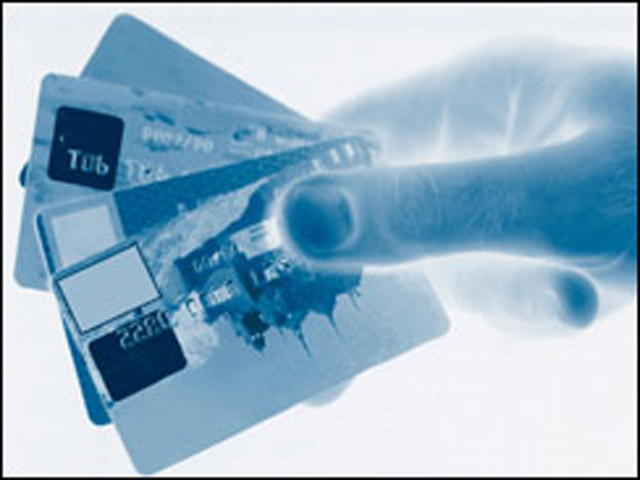 (CBS News) Data from the accounts of up to three million credit card holders has been compromised by a security breach in a third-party service provider.

Jack Otter, executive editor at cbsmoneywatch.com and author of the forthcoming book "Worth It . . . Not Worth It?: Simple & Profitable Answers to Life's Tough Financial Questions" (Business Plus), said the breach affects the very "plumbing" of the credit card industry.

How big a hacking is this, and whom does it affect potentially?

Appearing on "CBS This Morning; Saturday," Otter said the best estimates are that between one million and three million account holders were compromised because of a firm that services credit card transactions for the major card firms.

"When you swipe your card it goes to a company, like Global Payments in Atlanta, the company compromised here," He said. "Global Payments then sends it to Visa, Mastercard; then it goes to your bank. . . . Someone might have your credit card, in which case they could buy something, so you've got to be careful."

Otter said the breach does not appear to be geographically segmented: "Global Payments works particularly with smaller merchants. They had about 800,000 smaller merchants," he said. "So it could be anywhere."

Card companies, U.S. banks hit by security breach
Why cash is losing its currency
Calif. data loss may have exposed 800,000

He said Global Payments is working with banks to assess which accounts were compromised. "Your bank may very well get in touch with you," Otter said. "They may just cancel your card and reissue you a new one."

Otter said everyone should be in the habit of monitoring their accounts. "Most important is your bank account, your debit card. I would go online today, check, make sure you recognize all those transactions, make sure nobody pulled money out of your account or bought something you don't recognize," he said. "Then do it with your credit card. There's less urgency there. But if you don't already sign onto your Amex or Visa accounts, do that and see the transactions."

Otter said the breach illustrates why he tends to favor using credit cards over debit cards. "If you have a problem with your credit card, you know, you might be liable up to $50 but you're going to dispute the charges and the credit card company will eat it or the merchant. In the case of a debit card, if someone has taken money out of there, it's already gone. So yeah, you can dispute the charges, eventually get that money back, but in the meantime, if you've got say a check that's about to cash, your account could be empty, you could get hit with overdraft charges."

To watch the complete interview with Jack Otter click on the video player above.