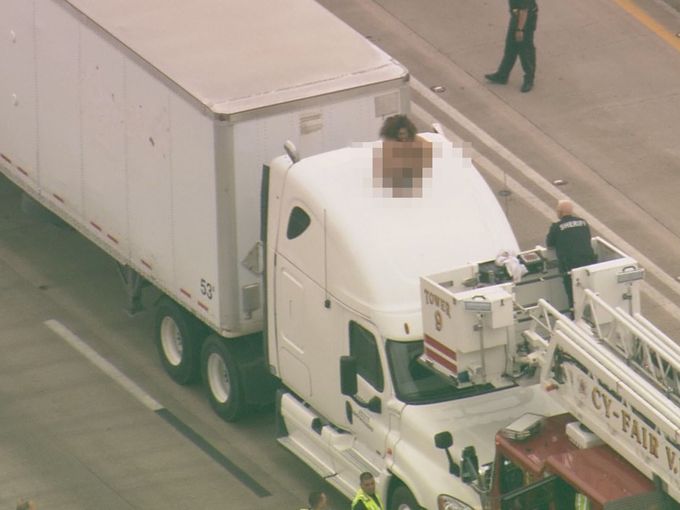 HOUSTON -- A naked woman dancing atop the cab of an 18-wheeler slowed traffic in the Houston area for about two hours before she was coaxed off the truck.

Emergency responders used a fire truck ladder to reach the unidentified woman Monday morning and get her to stop the bizarre public display.

Views from the CBS affiliate KHOU's chopper show vehicles slowing down to get a glimpse of the woman on the big rig.

Authorities aren't sure why the nude woman was on top of the cab or whether she had been inside the big rig before a three-vehicle traffic accident nearby.

It's believed the woman was driving one of the wrecked cars, KHOU reported.

Traffic was diverted along the stretch of freeway during the incident. Officials detained the woman and did not immediately say whether she would face charges.