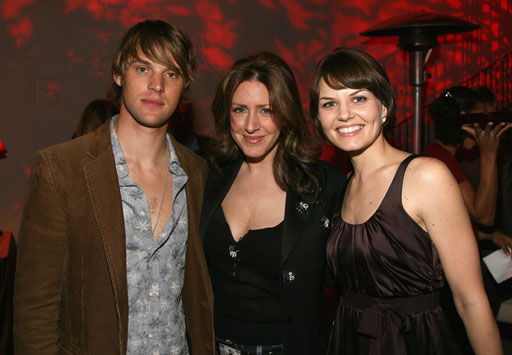 Latino activists are finding they have new clout in attracting the heaviest political hitters to their annual gatherings. This week, George W. Bush and Al Gore addressed the National Council of La Raza. Last week, the presumed GOP and Democratic presidential nominees spoke before the national convention for the League of United Latin American Citizens (LULAC).

Rick Dovalina, national president of LULAC, says it's a far cry from the old days, when Latinos wielded little influence in national politics.

"If we could get (candidates) to come, they would be real clear to say what they could do for us," Dovalina said. "They would say what they thought was important for us to hear, but they didn't have to do any listening. They didn't ask what we wanted."

The reason for the shift, of course, is the fast-growing Latino vote. Hispanics currently make up 11 percent of the U.S. population, and by the year 2050, they will likely represent one in four Americans.

While their overall share of the electorate in November is still relatively small – an estimated 5 percent – the power of the Hispanic vote is magnified because Latinos are concentrated in California, Texas, Florida and New York, which combined offer more than half the electoral votes needed to win the White House.

Those numbers have not been lost on the Republican Party, which hopes Bush can take at least a third of the Latino vote in November – something no GOP presidential candidate has achieved since Ronald Reagan. Bush, who has done well with Hispanics in his home state of Texas, and scores high with Florida's conservative Cuban-American voters, makes a point of addressing the Latino community in almost every trip he makes to California.

In his speech on Wednesday before the La Raza convention in San Diego, Bush expanded on a proposal to split the Immigrant and Naturalization Service into two separate agencies — one to patrol the border and the other to deal with legal migration. He first raised the issue in his speech before LULAC.

"We will bring to the INS a new standard of service and culture of respect," said Bush. He also called for all permanent residency applications to be handled within six months, instead of the current three to five years. "We've got an INS that is too bureaucratic, too stuck in the past," he said.

Are proposals like these hitting home with Hispanic voters?

National polls show Gore maintaining a comfortable lead over the Texas governor among Hispanics. The most recent Voter.com-Battleground poll put Gore's edge at 53 percent to 41 percent.

But there are signs Bush is making inroads. A poll published at the end of June by the San Jose Mercury News shows Gore leading Bush 59 percent to 25 percent among Latinos in California. While the margin is large, it represents a significant gain for Bush since the March primary, when Gore lead by a 3-to-1 margin. Gore's numbers are alo much smaller than the 70 percent achieved by President Clinton in 1996.

"What’s really interesting is that on almost all the issues … Gore beats Bush, almost across the board," said Michael Alvarez, a political scientist at Cal Tech University who consulted on the San Jose Mercury poll. Alvarez says the numbers indicate that Gore "hasn't quite connected with this community in a way that resonates." In that sense, the vice president's troubles with Latinos reflect his difficulties since the primary season in connecting with Americans in general.

In his own speech to La Raza on Monday, Gore said his plan to boost prescription drug coverage under Medicare is needed most by Latinos. "Latinos are the most uninsured and underinsured population in America," he said, adding that they have the most to gain from his proposal.

Gore said the number of Hispanics eligible for Medicare will triple over the next 25 years, and they are more likely to lack supplemental insurance coverage for prescription medicines. "I am committed to a real prescription drug benefit for all Hispanics that rely on Medicare," he said.

Health care ranks alongside education as the most important issues to Latinos. But Alvarez says it will take more than addressing the right themes to win Hispanic votes.

"The defection rate among (Hispanics registered to vote as) Democrats is almost twice the rate as among Republicans," says Alvarez, who nonetheless sees Gore campaigning as effectively among Hispanics as Bush.

It's still early, says Alvarez, and all voters, Hispanics and non-Hispanics alike, are giving Bush a second look because he represents an alternative from the current administration.