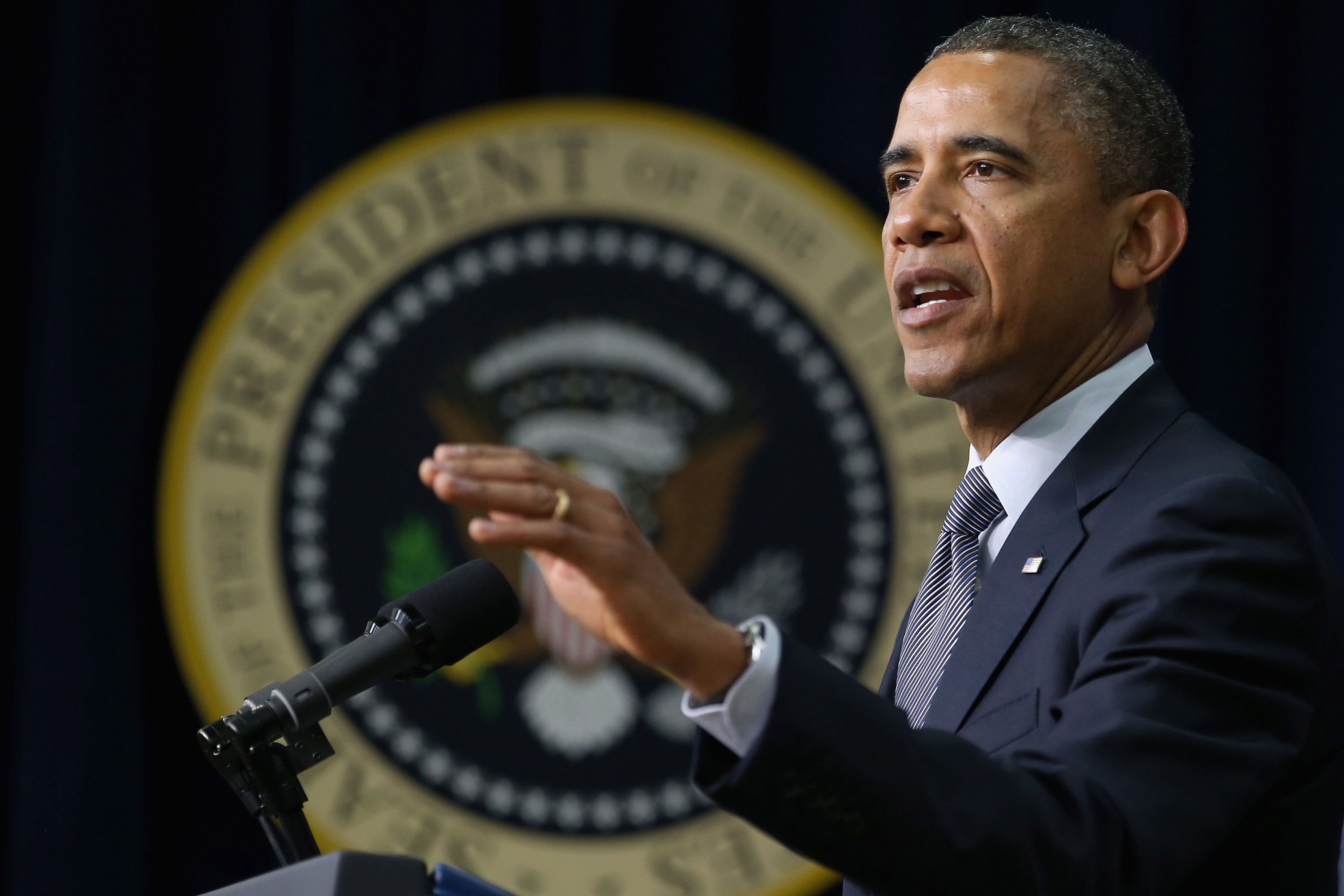 President Barack Obama violated the Constitution when he bypassed the Senate to fill vacancies on a labor relations panel, a federal appeals court panel ruled Friday.

A three-judge panel of the U.S. Court of Appeals for the D.C. Circuit said that Obama did not have the power to make three recess appointments last year to the National Labor Relations Board.

The unanimous decision is an embarrassing setback for the president, who made the appointments after Senate Republicans spent months blocking his choices for an agency they contended was biased in favor of unions.

The ruling also throws into question Obama's recess appointment of Richard Cordray to head the Consumer Financial Protection Bureau. Cordray's appointment, also made under the recess circumstance, has been challenged in a separate case.

Obama claims he acted properly in the case of the NLRB appointments because the Senate was away for the holidays on a 20-day recess. But the three-judge panel ruled that the Senate technically stayed in session when it was gaveled in and out every few days for so-called "pro forma" sessions.

GOP lawmakers used the tactic - as Democrats have in the past as well - to specifically to prevent the president from using his recess power. GOP lawmakers contend the labor board has been too pro-union in its decisions. They had also vigorously opposed the nomination of Cordray.

White House spokesman Jay Carney today said the administration "respectfully but strongly" disagrees with the court decision. He said there have been more than 280 intra-session recess appointments dating back to 1867.

"The decision is novel and unprecedented," he said. "It contradicts 150 years of practice by Democratic and Republican administration."

Carney also said the decision does not apply to Cordray's appointment, since it was written about a specific case the court considered.

The Obama administration is expected to appeal the decision to the U.S. Supreme Court, though Carney referred questions with respect to the administration's next steps to the Justice Department. A Justice Department spokesperson, said, "We disagree with the court's ruling and believe that the president's recess appointments are constitutionally sound."

If the decision stands, it means hundreds of decisions issued by the board over more than a year are invalid. It also would leave the five-member labor board with just one validly appointed member, effectively shutting it down. The board is allowed to issue decisions only when it has at least three sitting members.

On Jan. 4, 2012, Obama appointed Deputy Labor Secretary Sharon Block, union lawyer Richard Griffin and NLRB counsel Terence Flynn to fill vacancies on the NLRB, giving it a full contingent for the first time in more than a year. Block and Griffin are Democrats, while Flynn is a Republican. Flynn stepped down from the board last year.

The court's decision is a victory for Republicans and business groups that have been attacking the labor board for issuing a series of decisions and rules that make it easier for the nation's labor unions to organize new members. House Speaker John Boehner said in a statement the ruling was "a victory for accountability in government."

"The Obama administration has consistently used the NLRB to impose regulations that hurt our economy by fostering uncertainty in the workplace and telling businesses where they can and cannot create jobs," he said. "Instead of operating under a shroud of controversy, the NLRB should meet the highest standards of transparency, starting with having its members approved by the people's representatives."