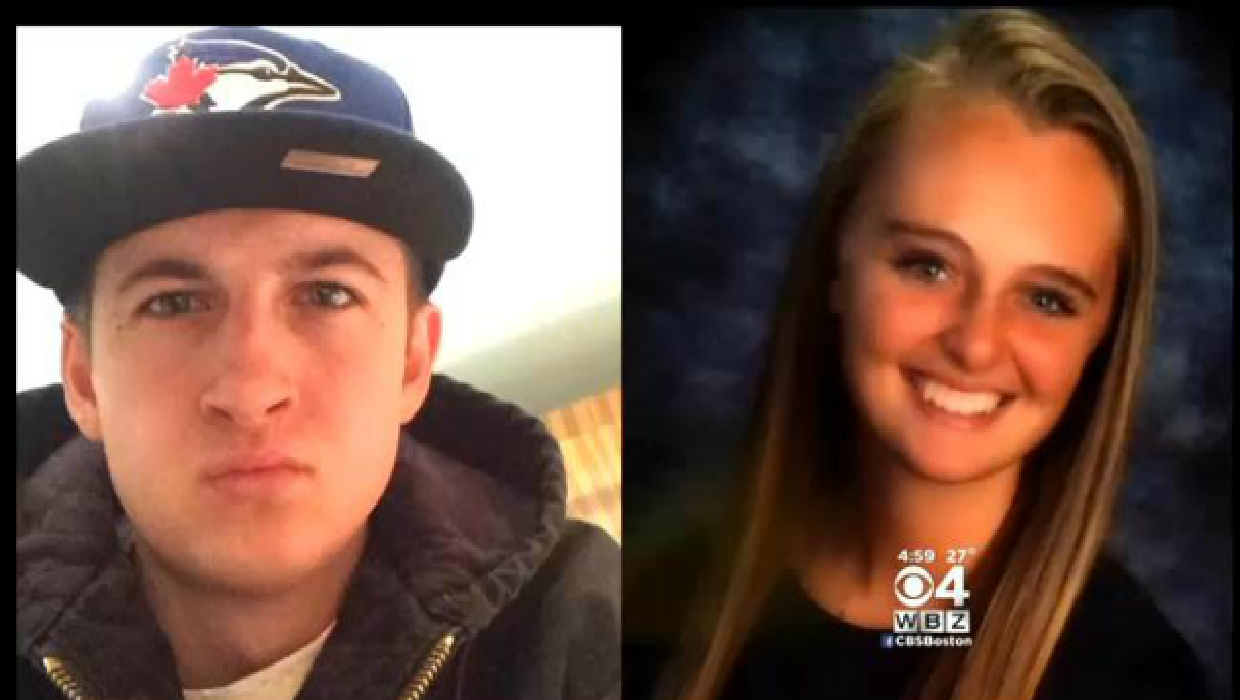 BOSTON-- Dozens of text messages that a teenage girl sent to her boyfriend that encouraged him to kill himself were just words and do not constitute a crime, her lawyer told the state's highest court Thursday.

But a prosecutor argued that Michelle Carter pressured Conrad Roy III for weeks to end his life and engaged in "emotional manipulation" of a vulnerable teen who had struggled with depression and previously attempted suicide.

The justices made it clear they were struggling with whether Carter's actions met the definition of manslaughter, peppering both side with questions about exactly what she did to encourage or assist Roy's suicide.

Justice Robert Cordy questioned Assistant District Attorney Shoshana Stern about what he called the "$100,000 question" in the case: "When did this cross the line -- when did these words cross the line?"

In addition to the many text messages encouraging Roy to kill himself, Stern said, Carter also spoke on the phone with him while he was in his truck inhaling carbon monoxide fumes.

When Roy got out of his truck, she told him to "get back in," Stern said.

"I think what we can say that we know is that she was way over the line when she told him to get back in the truck," Stern said.

But Carter's attorney Dana Curhan said Roy was determined to take his own life. He said Carter repeatedly tried to talk him out of it but finally gave up about two weeks before his death.

"Even when she said, 'get back in the truck,' that was not the proximate event that resulted in his death," Curhan said.

Roy got back in his truck and waited until the fumes overcame him, Curhan said.

"The undisputed evidence is that Mr. Roy inflicted the harm," Curhan said.

Carter was 17 and Roy was 18 when he died in 2014. They had met in Florida two years earlier while visiting relatives. They kept in touch mostly through texts and emails when they both returned to their homes in Massachusetts -- about 50 miles apart. They hadn't seen each other in more than a year before Roy's death.

"You can't think about it. You just have to do it. You said you were gonna do it. Like I don't get why you aren't," Carter wrote to Roy the day of his death.

Roy's body was found in his pickup truck in Fairhaven. Police found a gasoline-operated water pump in the back seat.

Police documents indicate authorities believe Carter was putting together "a plan to get sympathy." They also allege that after Roy's death, Carter organized a softball tournament to raise money for mental health awareness in honor of Roy and posted several messages on social media about suicide prevention and how much she missed Roy.

The documents also allege Carter sent a message to Roy's mother after his death saying, "...There was nothing anyone could do to save him no matter how hard they tried. I never tried harder at something in my life."

Carter was charged as a youthful offender, which makes her eligible for a sentence of up to 20 years in prison if convicted of manslaughter.

Attorney Joseph Cataldo, who also represents Carter, said after the hearing that prosecutors are attempting to criminalize Carter's free speech in the case when there is no law against encouraging or assisting suicide in Massachusetts. Thirty-nine states have such laws.

"It's not a case that should have even been brought," Cataldo said.

The court gave no indication on when it would rule.