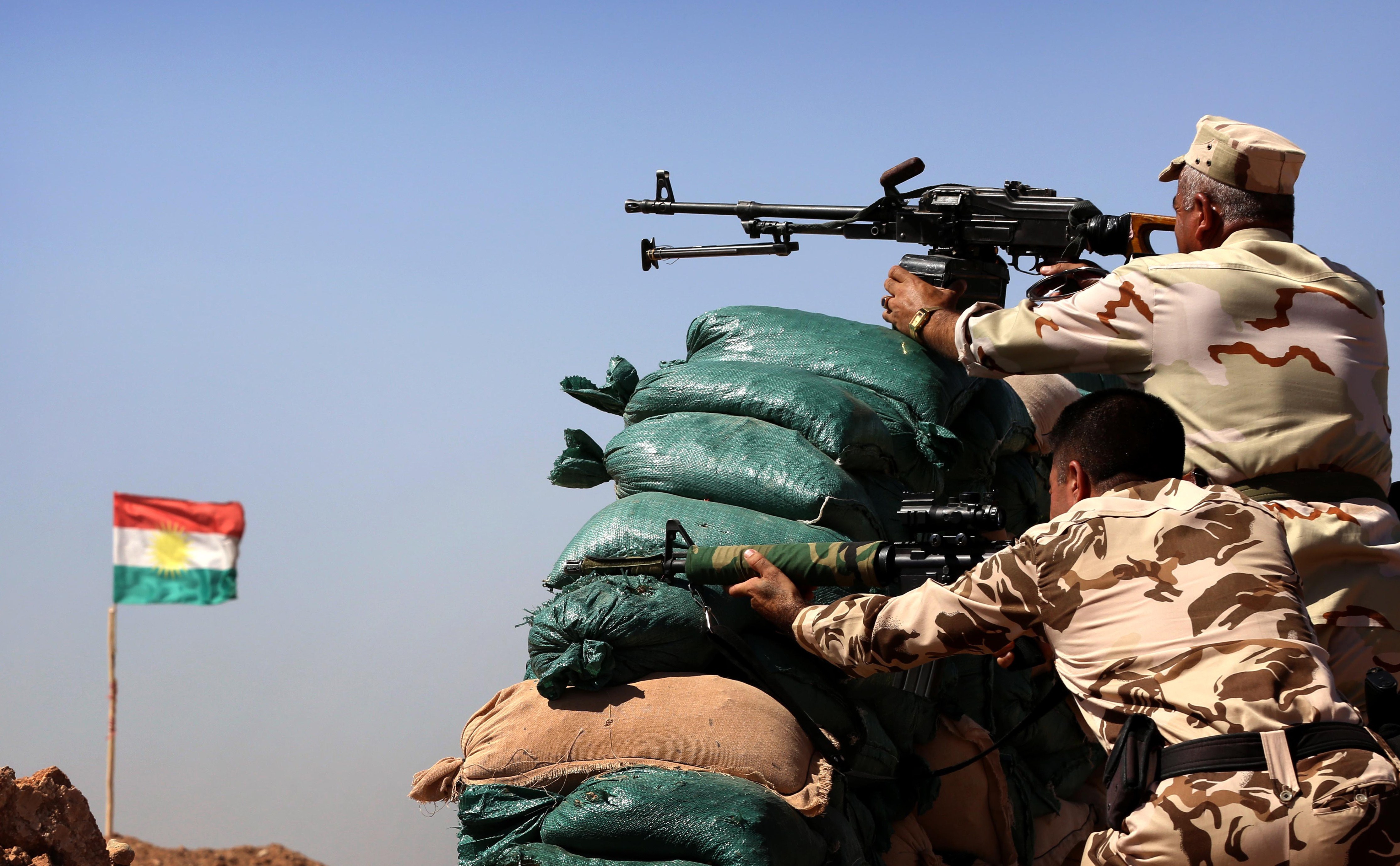 As the latest advance by militants with the Islamic State of Iraq and Syria (ISIS) brings the terrorist army uncomfortably close to Baghdad, the Iraqi capital and the site of a key airport, U.S. officials said Sunday that it's unlikely ISIS will be able to seize the city -- but they're taking nothing for granted as the conflict rages on.

Gen. Martin Dempsey, the chairman of the Joint Chiefs of Staff, said U.S. airstrikes and the Iraqi military have thus far successfully kept ISIS away from the Iraqi capital, but he allowed that Baghdad could sustain "indirect fire" in the days ahead.

Dempsey also said U.S. would ensure that Baghdad's airport is not threatened by the militants' encroachment.

Asked whether militants could possibly take Baghdad, former Defense Secretary Leon Panetta told CBS' "Face the Nation" that the U.S. can't "take anything for granted" where ISIS is concerned.

"They are moving against Kobani on the Syrian-Turkish border. They're moving in Anbar province, as we have seen," he said. "This is a well-trained, a well-armed [group]. And, frankly, they are well-commanded in terms of their ability to conduct war. And I think we just have to be very aware that they represent a significant threat."

Panetta said he's confident President Obama is taking "the right steps" by continuing to pummel the group using American air power while strengthening local forces fighting the extremists on the ground. But he added that realizing a good outcome will require a lot of patience.

"We are going to have to be very determined," he said. "These airstrikes can help to a degree. I think they have helped kind of stifle some of the momentum in ISIS."

The administration has been adamant that it will not deploy U.S. ground troops in combat roles against ISIS, and National Security Adviser Susan Rice underscored that point Sunday, telling NBC News that she's received no request from military planners for U.S. ground forces.

But some of the administration's fiercest foreign policy critics have condemned the refusal to entertain ground troops. Sen. John McCain, R-Arizona, told CNN on Sunday that the U.S. needs a "fundamental reevaluation" of strategies and tactics if it hopes to turn the tide against ISIS.

"They're winning, and we're not," he said. "I don't believe that ISIS will take Baghdad, but I think they can take the airport and that is crippling. And I also think that they can infiltrate into Baghdad with explosives, suicide bombings, et cetera."

McCain said the "pinprick" American air strikes will not suffice to push the militants back, and he said the U.S. must be prepared to send in ground troops to assist the bombing campaign.

"You need more boots on the ground...in the form of forward air controllers, special forces and other people like that," he said.

Appearing after McCain on CNN, Sen. Bernie Sanders, I-Vermont, said ISIS is a "brutal, awful, dangerous army" that must be defeated, but he warned that the U.S. cannot shoulder that burden alone.

"This is not just an American problem," he said. "This is an international crisis. This is a regional crisis. And I think the people of America are getting sick and tired of the world and the region, Saudi Arabia and the other countries saying, 'Hey, we don't have to do anything about it. The American taxpayer, the American soldiers will do all the work for us.'"