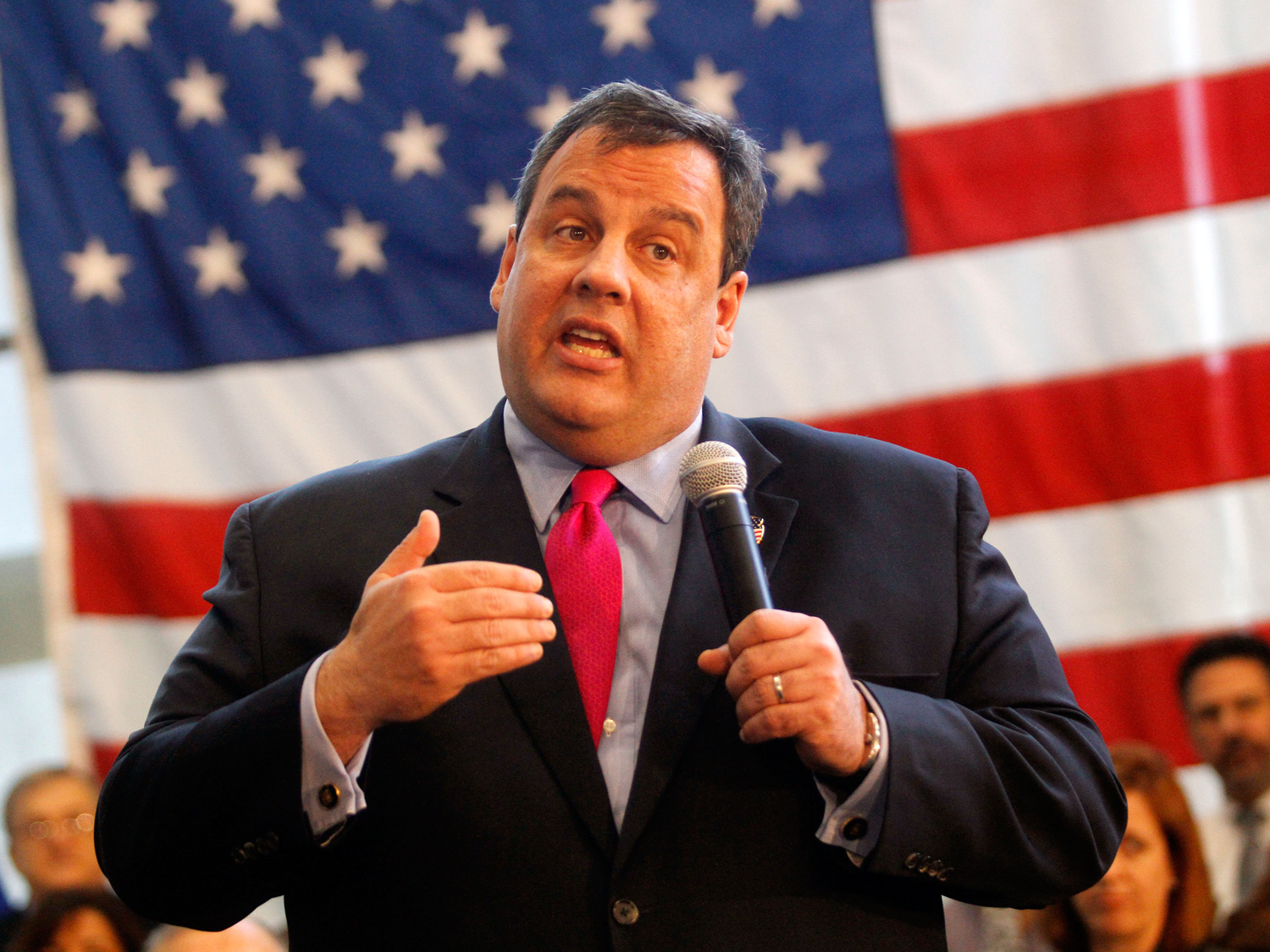 New Jersey Gov. Chris Christie has spent a decent portion of this year categorically denying that he is considering a run for the Republican presidential nomination, using the declarative simple language that makes him popular with many Republicans.

(At left, watch Christie's denials over the past several months)

Those are not standard denials about being focused on the current job that most politicians make about possible runs for higher office. (Christie makes those, too). But with President Obama looking vulnerable, many establishment Republicans are desperately seeking a candidate who can win next November. And they aren't impressed with the field of declared candidates.

Mitt Romney, the onetime moderate governor and the author of a universal health care plan in Massachusetts, doesn't have the trust of the Republican base; Rick Perry, the Texas governor who initially garnered enormous buzz, has both lost the faith of the DC establishment and alienated some in the base with his shaky debate performances. With no one else in the field seen as possessing the charisma - and fundraising ability - to make a serious run at the nomination, prominent Republicans, particularly in the New York area, are ratcheting up the pressure on the brash New Jersey governor to take the plunge.

Despite Christie's denials, his actions tell a different story. Christie met with high profile Republican donors in July, including billionaire venture capitalist and Home Depot co-founder Ken Langone; along with hedge fund magnate Paul Singer, industrialist David Koch and a handful of wealthy Wall Street operators, Langone continues to push Christie hard to get in, the New York Times reports. Support from that money crowd means Christie would have the capability to compete with Romney and Perry.

And Christie is traveling around the country this week, including a trip to California where he will deliver a speech on "Real American Exceptionalism" at the Ronald Reagan Library in Simi Valley. Former New Jersey governor Tom Kean said this week that Christie, who has a 54 percent approval rating in New Jersey in a new poll, is now giving a presidential run "a lot of thought."

He'll have to decide soon. As TPM notes, the Florida GOP is requiring candidates who want to compete in the state's likely-to-be-crucial primary to file by October 31. That means Christie, Sarah Palin and any other late entrants have about a month left to get in, unless they are willing to risk not being able to compete in what, in 2008, was an arguably decisive GOP primary. (The South Carolina filing deadline, meanwhile, is the following day.)

So how are Christie's chances to actually win? It's hard to say. The New Jersey governor has some serious assets: His confrontational style has made conservatives around the country swoon, and he has shown an ability to take on unions and fight for budget cuts while remaining relatively popular, unlike many other Republican governors. And his personality fits well with those of the big-money Wall Street donors who have soured on President Obama, been scared-off by Perry and never much liked Romney in the first place.

But Christie's largely uncensored style could also cause trouble with the GOP base. On Monday, liberal talk show host Jon Stewart wondered how Republican voters might respond when hear what Christie had to say about dubious conservative concerns about "creeping Sharia law."

"This Sharia law business is crap," Christie said in August. "It's just crazy. And I'm tired of dealing with the crazies."

Comments like that could alienate the white, Southern voters who make up much of the GOP base - and who have largely been drawn to Perry, a candidate for whom a statement like that would be unthinkable. The question at the heart of a Christie candidacy is whether voters' positive response to his stylistic strength will overshadow the liabilities that come with the governor's brand of northeastern, fiscally-focused conservatism, which has included an ackowledgment that "climate change is real" and support for some gun control measures.

And then there's the question of what Christie believes on the big issues, much of which is not yet known. Christie's speech Tuesday on "Real American Exceptionalism" is an interesting choice of topic, since American exceptionalism has been a hot topic for the GOP presidential candidates.

The speech will focus on leadership, a Christie adviser told the Wall Street Journal, but also touch on foreign policy - an area where little is known about Christie's position. Discussing foreign policy in the high-profile speech, as Christie well knows, amounts to feeding the speculation that he is seriously considering a run. Moves like that are why Christie's backers don't seem all that troubled by his ostensibly categorical denials about potentially entering the race.

But the signals are nothing if not mixed. Despite the talk intensifying to almost a fever pitch, Christie's brother insists the governor is staying in Trenton.

Todd Christie, a Republican fundraiser, told NJ.com Tuesday that his brother isn't running, and others close to the governor are discounting Kean's claim that Christie is closer than ever getting in.