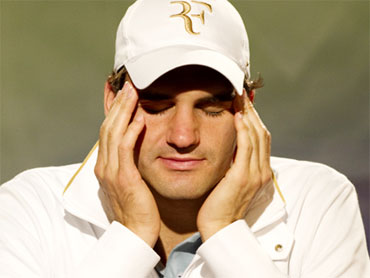 Could a tsunami like the one that happened this week in the Indian Ocean happen in the U.S. in either the Atlantic or the Pacific?

"Absolutely. It happened in the past and they will happen again in the future," says Florida Institute of Technology oceanography professor George Maul.

"The tsunami risk in the Pacific is significantly higher, but about one-fourth of the earth's tsunamis occur in the Atlantic Ocean. Most people aren't aware of that," Maul told CBS News Early Show co-anchor Tracy Smith.

The biggest hazard to Hawaii remains a giant tsunami from across the Pacific, said Gerard Fryer, a geophysicist at the University of Hawaii who is also the tsunami adviser to the state Department of Civil Defense.

"The warning system now is so good, we're very confident that we'll be able to get three hours warning," he said.

But the islands also face the threat of a tsunami locally generated by an earthquake under the Mauna Loa or Kilauea volcanoes.

That threat would be mitigated by the placement of a seventh undersea tsunami detection device being planned for the Hawaiian Islands, Fryer said.

Hawaii's worst experience in modern times came in 1946 when the April Fool's Day tsunami generated by an earthquake in the Aleutian Islands sent a 25-foot-high wall of water ashore, killing 159 people, mostly in Hilo.

Mark Swanson, a professor of geology at the University of Southern Maine, says the Atlantic does not have the sort of earthquake activity that could cause such massive waves.

Swanson says the Atlantic has a zone where one plate of the Earth's crust sinks under another as they collide, but it is small and not capable of creating the massive walls of water that such zones in the Pacific and Indian oceans can.

Researchers in Seattle are working to develop a new forecasting system to better protect coastal communities from disasters like the magnitude 9.0 earthquake that struck near Indonesia on Sunday.

"Our goal is to have results (a tsunami prediction) in 15 minutes or less" after an earthquake, said Vasily Titov, a mathematician and computer modeler on an elite team of tsunami researchers at the National Oceanic and Atmospheric Administration's Pacific Marine Environmental Laboratory. The forecasting system could be tested within a year.

There wasn't a warning system in the Indian Ocean and there isn't one in the Atlantic either, however.

"We're building a rudimentary one for the Caribbean, for the U.S. Virgin Islands and Puerto Rico, but for the main Atlantic Ocean, there is nothing," said Maul. "The French and the Portuguese have taken the risk of the repeat of the 1755 Lisbon earthquake seriously enough to build a warning system for western Europe."

But that won't help the east coast of the United States. How devastating would a tsunami there be? It's hard to tell, says Maul.

"We're going to be doing some more research on that particular question in this coming spring," he said.

But even with warning systems, Maul says educating the public about what to do if the warning is sounded is important.

In Puerto Rico, they are putting signs all over the place so people know to leave and that is the case in most other cases," he said. "Hawaii has bullhorns on the beaches and when they go off, people know immediately to leave the beaches.

"We just haven't done that for the east coast of the United States."