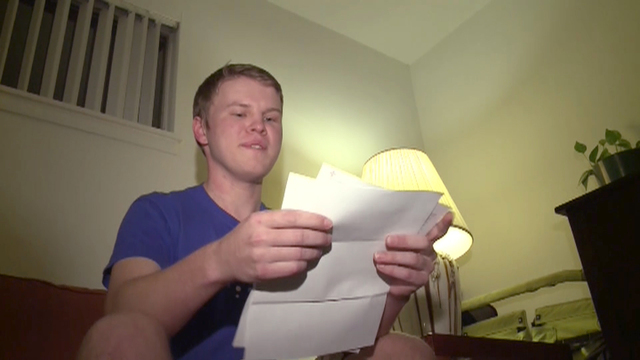 How much could hospitals charge in the event of a medical emergency? According to one angry Reddit user, his bill for treating appendicitis and the resulting appendectomy procedure was $55,000.

Twenty-year-old Nick Gonzales had his appendix removed at Sutter General Hospital in Sacramento, Calif. in October 2012. He later received a bill for $55,029.31.

His insurance covered most of it, but he was still expected to pay $11,119.53. He told CBS Sacramento that the money “is still a ton at this time in my life.”

Outraged, he posted the bill on the link-sharing community Reddit under the title “I never truly understood how much healthcare in the US costs until I got Appendicitis in October. I’m a 20 year old guy. Thought other people should see this to get a real idea of how much an unpreventable illness costs in the US.”

According to some recent research, Gonzales' bill could have been even higher.

The Obama Administration released a report in 2013 that showed how hospital costs could vary as much as $200,000 for the same procedure. Researches looked at the 100 most frequently billed hospital discharges for Medicare patients for the study. Government officials hoped that releasing the bills would provide more transparency towards the billing process.

Gonzales said that he doesn’t understand why his particular bill was so high, and he shared his statement because he was trying to show the "unfairness" of the U.S. health care system. For example, his CT scan, which lasted a few minutes, cost $7,000 alone. He added that he felt the bill reflected what it was like to live in the U.S. without health care.

“I wasn’t looking for pity or anything,” he said. “I was just looking to enlighten, to inform people of the situation.”

Sutter Health told CBS Sacramento in a statement that the hospital receives "less than the actual cost of providing services from the majority of our patients while daily serving scores of other patients who have no ability to pay anything. Sutter Health agrees that an improved billing structure is needed.”