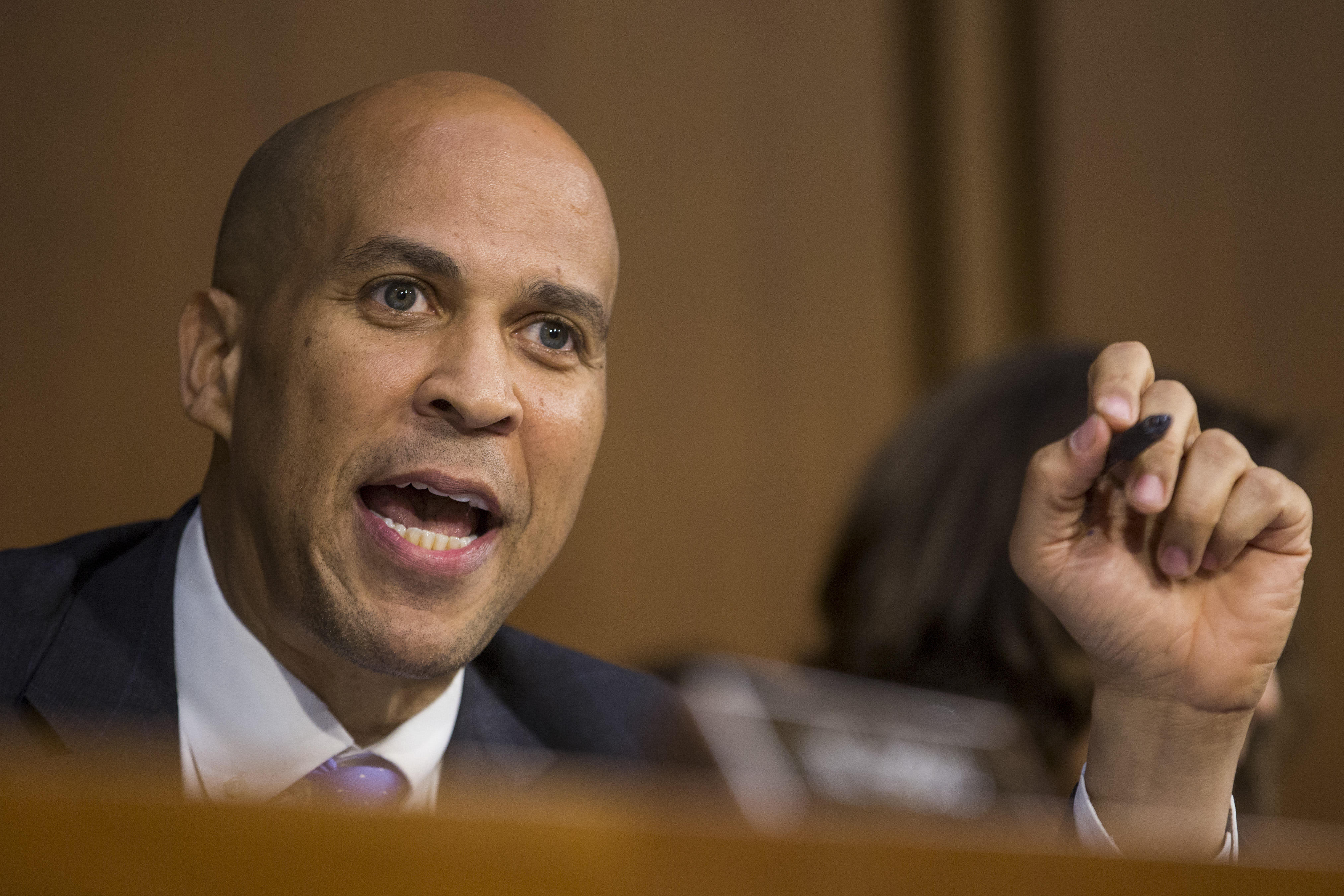 Defying rules of the Senate and in protest of the confirmation process of Judge Brett Kavanaugh, New Jersey Democrat, Sen. Cory Booker on Thursday released documents pertaining to Kavanaugh's record deemed "confidential" by the Senate Judiciary Committee. Booker made the threat to release the documents on day three of Kavanaugh's confirmation hearing, risking his ouster from the Senate.

Booker was admonished for his threats by Republican committee members including Sen. John Cornyn of Texas for making such a suggestion. "Running for president is not an excuse for violating the rules of the Senate," said Cornyn, calling Booker's threat "irresponsible and outrageous" and "unbecoming a senator." He also read the relevant rule to the committee:

Democrats including Sens. Dick Durbin and Mazie Hirono joined in on Booker's plea, declaring, "Count me in," and decrying the hearing process as having "broken down." They all said they'd accept punishment for the release of separate classified documents.

Grassley retorted, "You want to give up your emails right now? Make them public? I don't think you do!"

Booker maintained that while he did willingly violate the chair's rule on the committee confidential process, he did so because he "sincerely believes the public deserves to know this nominee's record."

"Bring the charges, go through the Senate process to take on somebody you said is unbecoming to be a Senator. Let's go through that process because I think the public should understand that at a moment someone is up for a lifetime appointment...I hope they'll follow through."

The Democrat, citing his colleagues' support, touted his "I am Spartacus" moment in the Senate.

He added, "I'm ready to accept the full responsibility for what I have done, the consequences for what I've done, and I stand by the public's right to have access to this document."

While it raised eyebrows, Booker's suggestion that he would be willing to be expelled from the Senate for his release of committee confidential documents isn't rare.

According to the U.S Senate, since 1789 the body has expelled 15 members. Of that 15, 14 were charged with supporting the Confederacy during the Civil War -- a vastly different charge than what Booker faces.

In other cases, the Senate merely considered expulsion proceedings but either found the given member not guilty or failed to act before that member left office. In those cases, the Senate notes, corruption was the main cause for the expulsion complaint.

The Senate could, however, move to impose a less severe form of punishment known as "censure." A censure doesn't remove a senator from office but the official statement of admonishment or disapproval can have equal lasting damage to an outright expulsion. The Senate has censured only nine members.